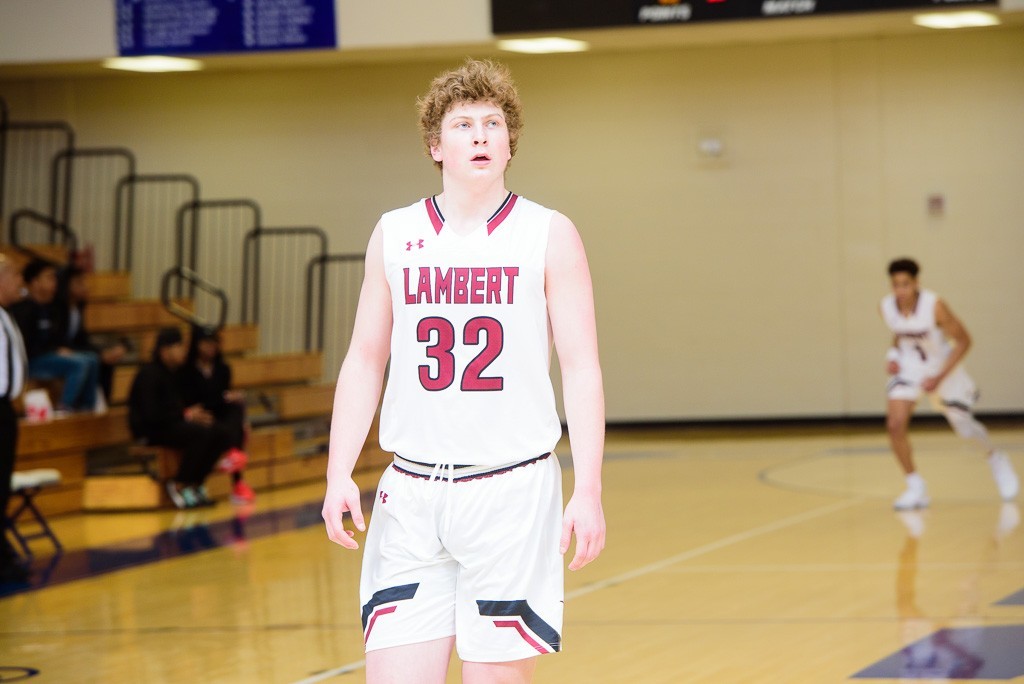 Now that the early signing period is over, the programs that finished their 2019 class have started to roll over the calender. Even the programs looking for immediate help have compiled a list of targets in next years class to pursue. With our recently released 2020 rankings, now is as good a time as any to gain insight into the state's top prospects recruitment. Colin Granger is up as we dove into all things recruiting with the Lambert big man.

Q: What programs do you currently hold offers from?

Q: Between those two, what was the aspect of your game that they liked the most?

Granger: So its the same head coach. He offered me at Mount Saint Mary's and then moved to Siena. They like my aggressiveness and my ability to run. How mobile i am. Rebounding and being able to run the floor and finishing. Aggressiveness, leadership. So those are the main things.

Q: What programs have tried to stay in touch with you?

Granger: Georgia, Clemson, Mount St Mary's and Siena obviously. Alabama, Belmont, Kennesaw State, University of Pennsylvania, Cornell, California, and there's probably about eight more that I can't think off of the top of my head

Q: Out of those, what programs have you had a chance to visit?

Granger: Unofficially, Clemson, Georgia, and Georgia Tech is someone that keeps in touch with me. Georgia Tech I've also taken an unofficial too. I haven't travelled too far.

Q: How was the overall experience of being on some of those campuses?

Granger: At Mount St Mary's it was kind of there own little place. It's a small school so it just really outdoor and open minded. Really cool place up there. Siena, a little different but that's a really cool place as well. William and Mary is a school that kept in touch with me. That campus is beautiful. Its a lot of things up there. Most of these schools are amazing. Especially at William and Mary its a great town. Everyone there supports the coach. It's very historic, so that was very cool. At Clemson, there's a very university feel. It felt like a big university. Just like you were apart of a greater thing there. It was really cool to see how the town was about sports and everything they have there. The atmosphere out there is pretty great. And then obviously Georgia is great. A great environment there, very cool to be out there. Athens is a great place. Its got a very like homey feel. You feel welcome everywhere.

Q: What are going to be some of your primary factors when considering where you decide to go?

Granger: I want to play. I don't want to go to college to sit out. Hopefully, you know, I'm going to be good enough to where I can pick a lot of places to where I don't have to sit out. But I want someone that wants me, I can play my freshman year. Someone that really treats me like I'm important. Keeps in touch with me. A coach that I really like and get along with. There's a few of those out there right now. Tom Crean would be one of them. He's' a great guy, I love his energy. As a person, I'm very energetic, and I'm loud. I'm a leader. And to see a coach like that it's very appealing to me. And finally finding a school where basketball is important to the school there and they support it. I definitely like a campus that's big but makes you feel at home and not something that's in a city where you're kind of crowded and up in the streets and down buildings like are tall like that. Like Athens, or something like that. In a rural area, and just make me feel like I'm wanted.

What has been said: Granger's play at the Jared Cook Classic was the moment were his place as a division one prospect was solidified for me. Soon after his 41-point showing, I had this to say

"A couple of text messages were exchanged throughout the game as people constantly asked, " how many points does the big kid have?" I'm never one to track points throughout a game so I responded mainly with " a ton" or " I don't know, but they can't stop him". A 41 point performance had me looking closely into the upside of Lambert forward Colin Granger as a next level forward. There wasn't a place on the floor that Granger didn't produce from. Inside, outside, from 15 feet, or the free throw line he chipped in points. As Mitch Ganote sat due to foul trouble is was often Grangers play that kept Lamber right on Peachtree Ridge's doorstep. His play at the Jared Cook Tip-Off Classic was one that makes me think about our top 30 rankings in Georgia's 2020 class."

Q: Of all the people around you, is there anyone in particular that has helped you along they way?

Granger: My trainer Bob Martin. He's a great guy. I talk to him about pretty much anything. He's always been there through all of it. Giving me advice. Training me, and telling me what should I expect. And my parents. Both my parents played sports in college. My mom played four division one sports at Rutgers and Mount Saint Mary's. She knows the process. She was highly recruited for track. She knows what coaches want and what they expect. She knows the standard that they hold division one players too. So definitely my parents. As well as coach Bracco. Coach Bracco is a big influence on that. He helps me with a lot of stuff.

Q: Is there any advice or insight they've given you in particular that stood out to you?

Granger: Definitely. They've told me about the speed of the game. It changes a lot at the college level. Bracco I think has done the best job at that. All the time he's telling me stuff that's not going to work at the next level and stuff that will work. He's trying to do everything to prepare me for that. Like there's a lot of changes at the collegiate level. The pace of the game, the size of everybody, the physicality. How many dribbles you need to have to get to the rim. You need to have everything at tip-top shape. That's something where there are minimal errors. Minimal wasted time. Definitely coach Bracco as far as that goes.

Granger: We're great. I've been a 3-year varsity player. Getting to know him more every year. Getting better and better every year. Having a bigger role every year. More minutes every year. Just progressively growing in our relationship throughout the year.

Q: Is there a school in particular to hope to hear from?

Granger: Yes, Ohio State. I actually did talk to them briefly, but I'd love to get in contact with them more. I've been a fan of Ohio State my whole life. Also, the Big Ten is somewhere I really think I can play at and really get good at for a player like me, that plays like me, does the things I do. I think I can really excel in the Big Ten. Just a dream school. One of them would be Ohio State.

Q: As of now, we have you as the 28th ranked prospect in  Georgia's 2020 class. What are your thoughts on that ranking?

Granger: To be one hundred percent honest, rankings don't mean anything to me. You could rank me one hundred thousandths in the state or rank me first in the state, it doesn't matter. It doesn't matter who it is. If I'm playing anyone in the state there's no one that's going to outwork me or physically beat me on the court. I mean, I'm a tough guy and I hold to that. And I know that anyone I face there is going to have to battle if they want to beat me. 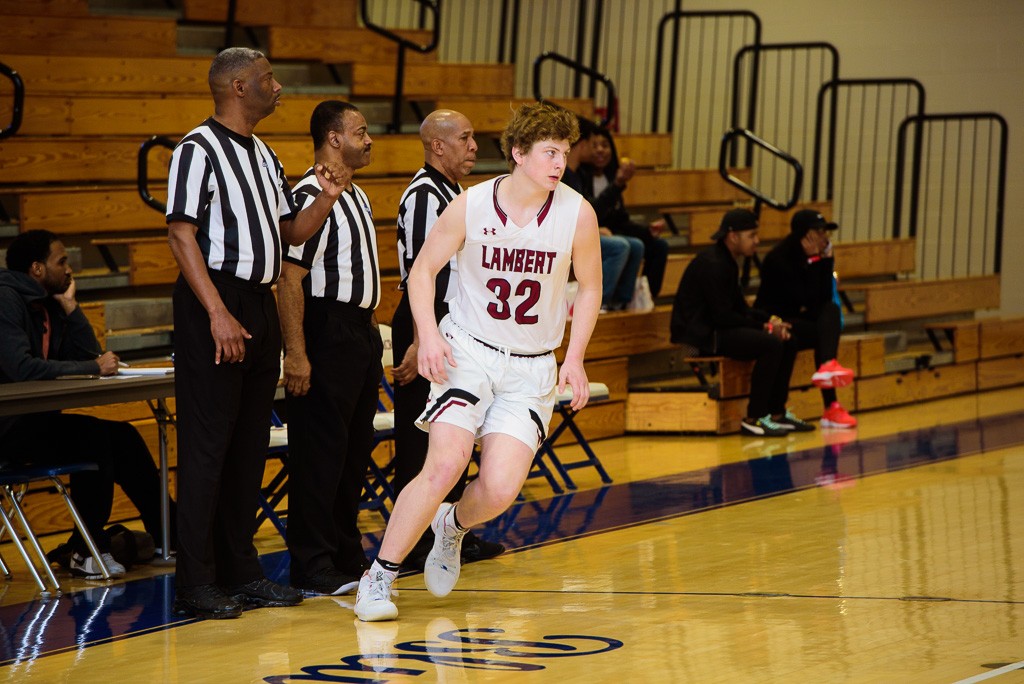