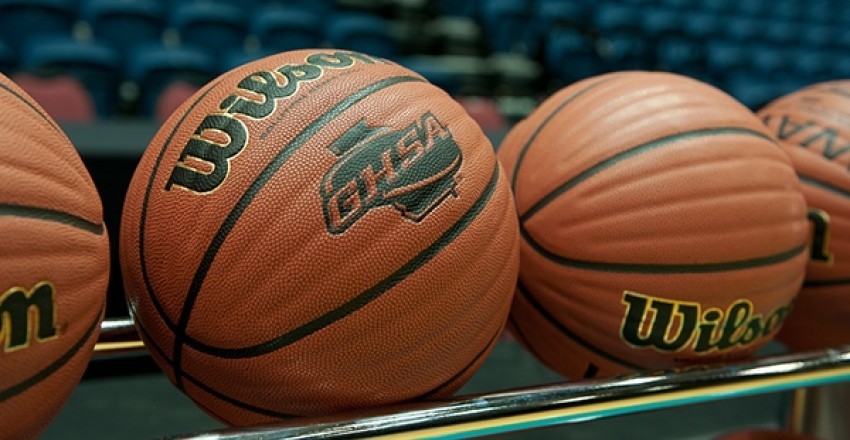 The Hawks Naismith Classic provided another great platform here in Georgia for many of the state's best. After two days at Norcross, I put together a notebook of some of the best takeaways from the weekends action.

Upson Lee just continues to get it done. Whats the win streak up to now? To be on the safe side, I'll say seventy plus games as I shift focus to the play of Travon Walker. My first introduction to him was at last years Lake City Classic, where I was sadly told that he was in fact a high major football prospect. Fast forward a year, and he's now signed to Georgia as the country’s best defensive tackle. Selfishly, I would like to see the 6'6 forward on a division 1 basketball roster.

Sandy Creek had three players from last year’s roster go on to play scholarship basketball at the collegiate level. We all know about TJ Bickerstaffs decision to play for Drexel next season but that doesnt mean he's the only capable prospect on this year’s team. Senior guard Julian Alexander came to play in his teams triple overtime win, as the 6'4 guard chipped in 4 threes on his way to 21 points. Add him to the list of small college guards that could make a late push for a scholarship.

Quincy Ademokya's 23 points and 10 rebounds is a stat line that many expected from the on a nightly basis for Dacula this season. Things haven't quite materialized that way but those around the state know the talent that the swingman possess. Showings like this are why he entered the peach state as a sophomore with mid major offers. Potential is often a scary and oversued word but he has plenty of it. In a few months, it wouldn't be a huge surprise if a reshuffling of our 2020 rankings could have his name in it. Players like this remind me of how deep the state is. There's some length and skill in next years 2020 class as guys like Xavier Valley and Lamar Oden come to mind.

Anytime a unsigned senior surpasses an NBA player on the schools all time points list, it has to be acknowledged. Huner McIntosh did exactly that as he jumped past NBA guard Malcom Brogdon on a way to a win this Saturday. McIntosh slid through the early signing period in which remains as one of the bigger head scratchers to date this season. Tulane has since offered the 6'4 guard that has put together a solid winter thus far. After watching him score 26 points this weekend, there's still a shortage of offers that have be given out to the GACS guard. Christmas seems like as good of a time as any.

Earl Grant and the staff at College of Charleston are going to love the free throw magnet they signed. Every single drive is more violent than the last. Brenden Tucker could be special.

The move to Buford has paid off very nicely for High Point signee Eric Coleman. Physically there's a noticeable difference in size thats going to allow him to scratch double digit rebounding numbers at the next level.

How many teams have a piece thats similar to that of Wheelers Sam Hines? It's a question I ask myself as it marks the second event this season in which his capabilities defensively ease the load off of others. 6'5 forwards that can match a big’s strength while maintaing the lateral quickness for guards are much needed in today’s game.

Knowing where Messiah Thompson is going and stopping him from getting there are two different things. North Atlanta can ride his dual threat abilities as a scorer and passer to a lot of wins this season. 6'4 senior Michael Ashley does his job as a rebounder.

GACS is going to benefit greatly from the return of Chris Hinton from the gridiron. Not only does he given them size and toughness in the post, but he unlocked a high post threat thats needed in that Beilien two-guard offense. His passing was superb.

Reign Watkins does a great job of providing whatever it is Pace Academy needs at the time. Hot shooting, playmaking, you name it. The sophomore's energy was infectious.

I can't say enough how impressed I was with the shooting of Patrick Carter Jr. With little to no space, or a hand in his face, the junior guard would go on to knock in eight quick twitch threes. Division 1 programs need to put this 6'4 junior sniper on their list of shooters to track next year.

There's a number of available Georgia shooters that are good enough to play basketball at the next level. Some of those that come to mind are Pebblebrook’s Devin Gordon, or Alexanders Malik Battle. But one not mentioned enough is 6'5 senior guard Issac Martin of Norcross. A good blend of both size and shooting could land him on a roster that’s lacking in those areas.