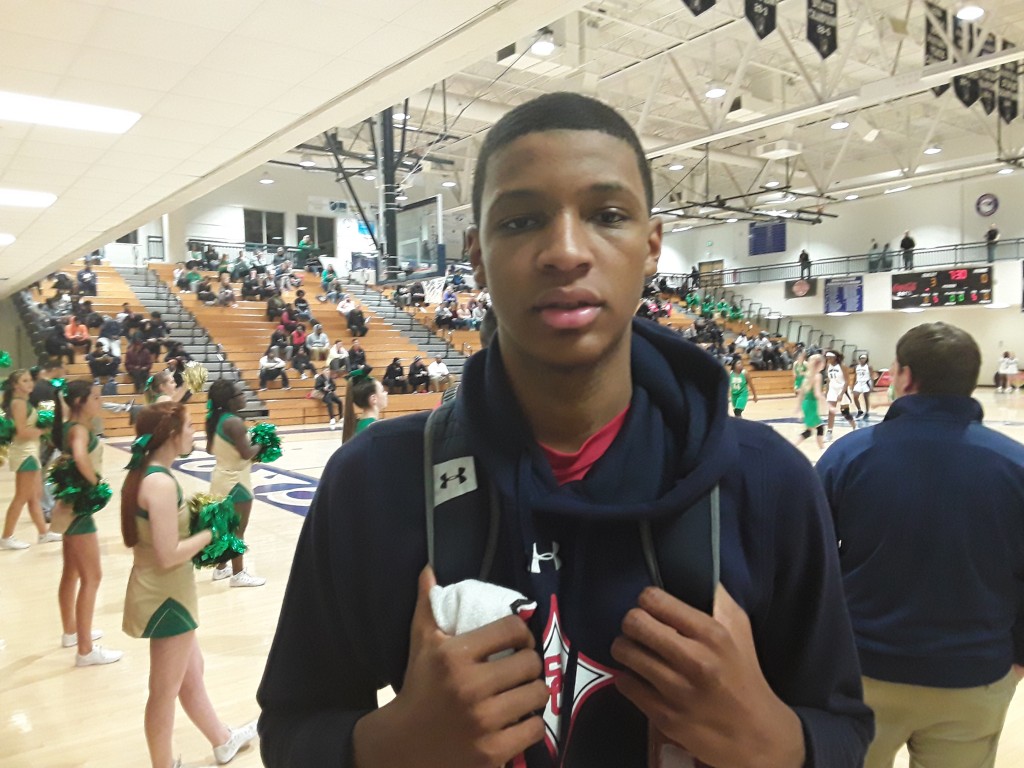 After a triple overtime game in which Sandy Creek forward Jabari Smith had an impressive 20 rebounds and 10 assists, HoopSeen spoke with him to talk about his performance as well as his rise in recruitment.

"It kind of just came to me." Smith said when asked about his double-double. "I got a lot of easy buckets from my teammates looking for me in the alley. Offensive rebounding. I got a couple buckets in the post. Just kind of came to me a little bit."

Sandy Creek has started the season 7-2, despite graduating three seniors that went on to play college basketball. Smith reflected on his team's season so far, and what head coach Jon Nickerson has asked of him in his new role.

"I think I've played pretty good. I started pretty slow in the beginning of the season. I think our chesmitry is coming along, because were kind of a new team together. I think our chemistry is coming along and were going to be good. He's asked me to step up in a big way. Just toughness, becuase last year I was way skinner that I am now. Hes just tells me to get stronger, play with that dog and have confidence when I play.'

Ole Miss, Georgia Tech, Georgia, Arkansas Little Rock and UAB have all extended offers, but the in-state programs have made him a priority.

"Georgia Tech and Georgia. They stood out by, I may call them, we have a good conversation, come to my games, the coaches are pretty cool."

The sophomore forward doesnt have any current dates to visit any of the schools above as currently his visit to Georgia Tech marks his first and only so far.

Smith double-double is only a glimpse into want can be a constant showing for the rest of his high school career. A tremendous wing span and a body that seems to develop at a very steady pace should help him unlock tools that we have all yet to see. With the addition of strength, and confidence in his emerging skill set, Smith will continualy add high major programs to his current offer sheet.