Who the coaches are watching in Georgia's 2020 class: Part II 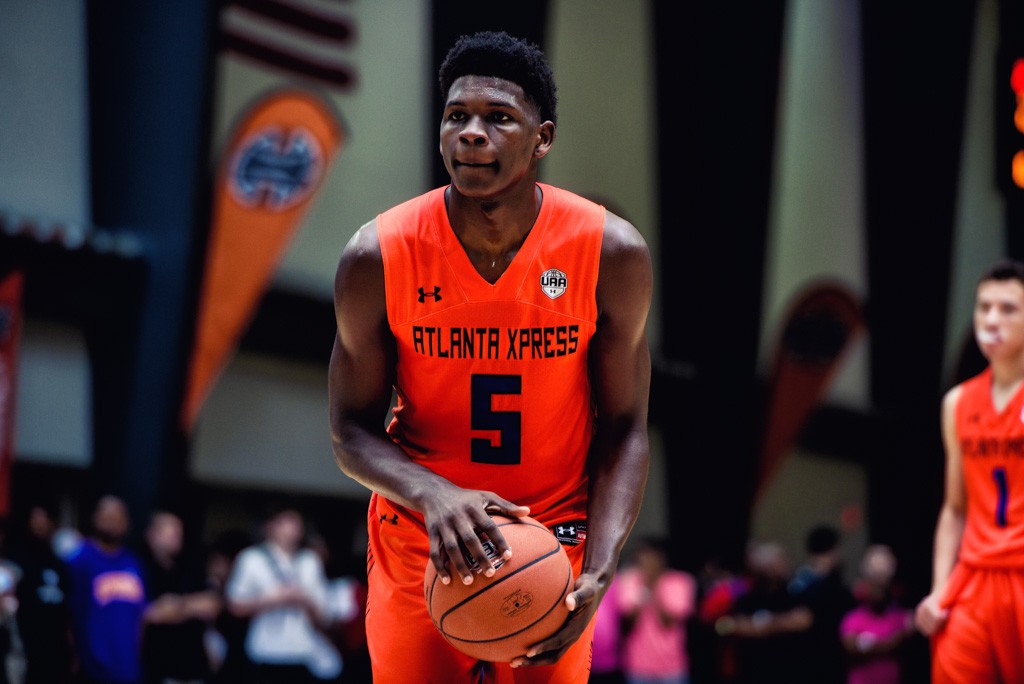 On September 9th the floodgates opened as college coaches were allowed to hit high school coaches open gyms. Some went out with the hopes of getting a commitment while others went to get a look ahead to future classes. As a whole, Georgia has widely been considered a hot spot but there are a few gyms that coaches seem to be frequenting. Here we take another look at some 2020 prospects that have coaches full attention.

One of the states best motors has finally forced coaches to stop by due to his play with the Upward Stars this travel season. It was inevitable given his junior season output where Kirby was on triple-double watch on a nightly basis. His non-stop effort gives people problems and a quickly developing jump shot has opened eyes. His recruitment is starting to pick up steam as he's recently picked up an offer from North Florida. The University of Georgia, Ole Miss, and Auburn are starting to show heavy interest along with other high major programs.

Jaden Walker was a well-known name coming into this season but its the emergence of London Riley that could continue to boost the attendance of coaches in the gym. Together they bring the likes of high and low major programs that are looking to snag some of Georgia's best young talent. Walker passes the eye test of a mid to high major prospect as a 6'4 playmaking guard. Riley's recruitment is starting to take shape as some sharp shooting landed him an North Carolina A&T offer last week. Walker on the other hands has been rolling for a while as he has been visited by Georgia Tech, Middle Tennessee State, The University of Georgia, and Michigan in recent weeks. Walker's list of suitors is constantly expanding and another season with Discovery and Stackhouse Elite could push the needle further. Riley was a constant for AC Georgia this summer whos shot making got his name circled time and time again. With the number of coaches making it over to Discovery, Riley's recruitment may move at a pace that some coaches werent prepared for.

The Heritage school has been a major stomping ground for coaches in the Southeast as they have a talented crop of 2020 prospects. There's been no shortage of interest shown in 4-star rim protector Ebenezer Dowuona this season as he's routinely shown the ability to anchor a defense. SEC and ACC programs followed Game Elite(FL) around all summer and some have circled back to his high school workouts. Some out of region interest has also been shown to the big man as Minnesota, Kansas State and Missouri are all said to be on his offer sheet.

Kasen Jennings and Connor Thompson's recruitment have gained some traction as several programs are starting to show interest. Jennings sole offer, for now, has come from Arkansas Little Rock. That has the potential to snowball into several others as Auburn, Georgia Southern, and Ole Miss were all in for workouts recently.

Arguably the nations best prospect is right here in Georgia and he goes by the name of Anthony Edwards. Here is one of basketballs outliers, a legitimate NBA prospect that may only be held back by a one year visit to a college campus. Edwards checks off every box while still maintaining a ceiling that he can't see himself. On the UAA circuit, Edwards exerted his dominance as he led the Atlanta Xpress to many quality wins. Edwards has game-changing ability and skills that are often only shown only by prospects that are in the top of their class. If the NCAA changes their rules to allow elite high school prospects to enter the draft then that could pose a great dilemma for Edwards going forward. As for his college recruitment he's been well established for a while amongst the countries elites. We will all be watching this one closely as it could come down the NCAA vs the NBA.