Day 3 mid-day notes at the Best of the South 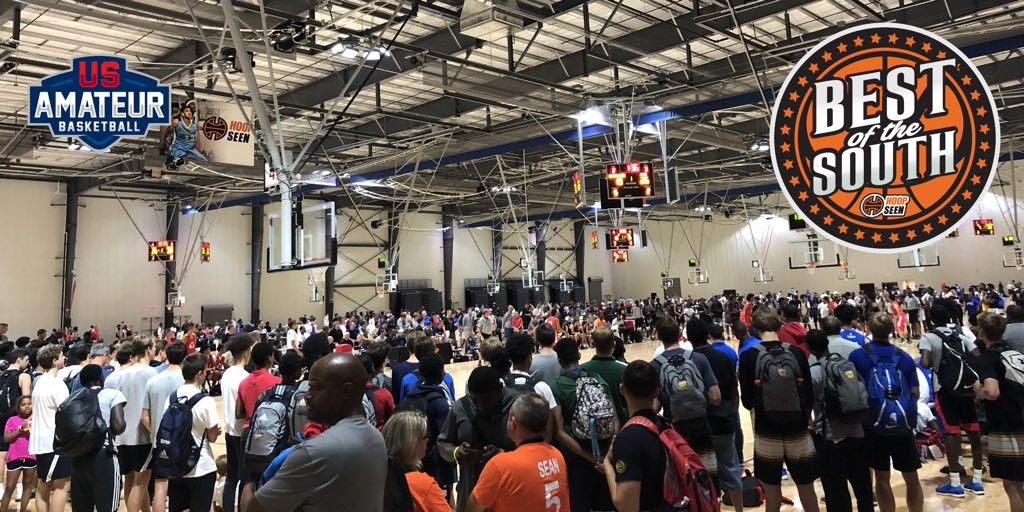 Day 3 of our Best of the South started very much like the others. There were some under the radar prospects that are beginning to come to light.

The Smyrna Stars have a talented group that started our 8 am game slot at the Best of the South. Brandon Barron came out strong as the sharpshooter had some big-time shots off the bounce from deep. The 5’11 playmaker has a fluid shot and is capable of rattling off tons of points in a short period of time. An intriguing prospect that I need to keep an eye on is 6’6 forward Cheickna Sissoko. A couple of contested rebounds and some stiff rim protection makes him serviceable going forward. Westover guard Kris Gardner made tough shots in traffic.

Put the name London Riley on your short list of high-level shooters in Georgia’s 2020 class. The 6’2 guard has one of the purest strokes in the game and he doesn’t need much space to make it work. I’ve thought it for some time but it’s safe to say that if he hits another growth spurt he will have mid-major schools consistently at his doorstep. Even now he does just enough on defense and off the bounce that you will have a tough time talking your self out of taking him. Watch this one closely.

PSB Elite (Wade) appears to have a prospect that NAIAs and D2s should check into by the name of Brandon Ellington. He's a versatile piece capable of affecting the game in several areas. The 6’3 guard has a college level body, good athleticism and currently plays in a system that understands the value of moving the ball. Eventually, he could be a 4-year contributor at the right small ball college.

Our very own Justin Young walked into the office the other day and said he found a big-time sleeper.  Tyrease Powers is easily one of the most intriguing prospects here at BOTS. 6’7 with tree limbs for arms, the Team Pro Vision forward boxed out, altered shots and hit several mid-range jump shots displaying a soft left-handed stroke. Want the cherry on top? Him being in the 2020 class means that he hasn’t even started to scratch the surface of what he could potentially become. We could be potentially talking about the next big thing here in Georgia.

I've been hearing a lot of good things about JSI here this weekend so I decided to take a trip over to court 9 and check in on their team. It took a few up and downs to get a feel but Jeremiah Littlepage did just enough to spark some interest. What I saw was a slow cooker prospect that needs some time to be developed to come into his own. Whoever takes the time to sharpen the body and skills of this 6’6 forward could reap the benefits later. He needs some work on his size and strength, but what he has now is a ton of length, a great set of hands, and the ability to break same size defenders down off the bounce. Currently holding an offer from Voorhes, he's getting some division 1 interest from Lipscomb, Belmont, Samford, Southeast Louisiana and Morehead St. I’ll be watching closely to see who will gamble on his potential.

There was no slowing down for Ballin Blazers guard Rodney Smith despite his recent offer from Louisiana Monroe. Several of the team's second-half possessions ended in him taking and making a few threes off the bounce. A competitor by nature, Smith has played well at our events all season. His back-court mate Myles Todd also contributed on the box score with a good mix of both 3’s and layups.

A player that has grown on me is AC Georgia center Chukwuebuka Nwafor. In recent weeks I've watched him gradually improve his body control and skill set. What he hasn’t lost is even more impressive then what he has gained. Standing at 6’9, he bound to alter some shots without much effort but his motor is what makes him intriguing. Its commonplace at this point to see him challenge a shot only to sprint and make an effort to grab the miss on the opposite side of the rim. He's a true big man which should increase his value in today’s game of big’s that don’t know their identity.

MacKenzie McFatten continues to add offers to his list of potential suitors and there’s a good reason why. The Team Power forward has improved his body over the last few months, adding muscle to his 6’7 Division 1 frame. He lived in the high post during his morning matchup showing some nice footwork and a consistent jump shot.