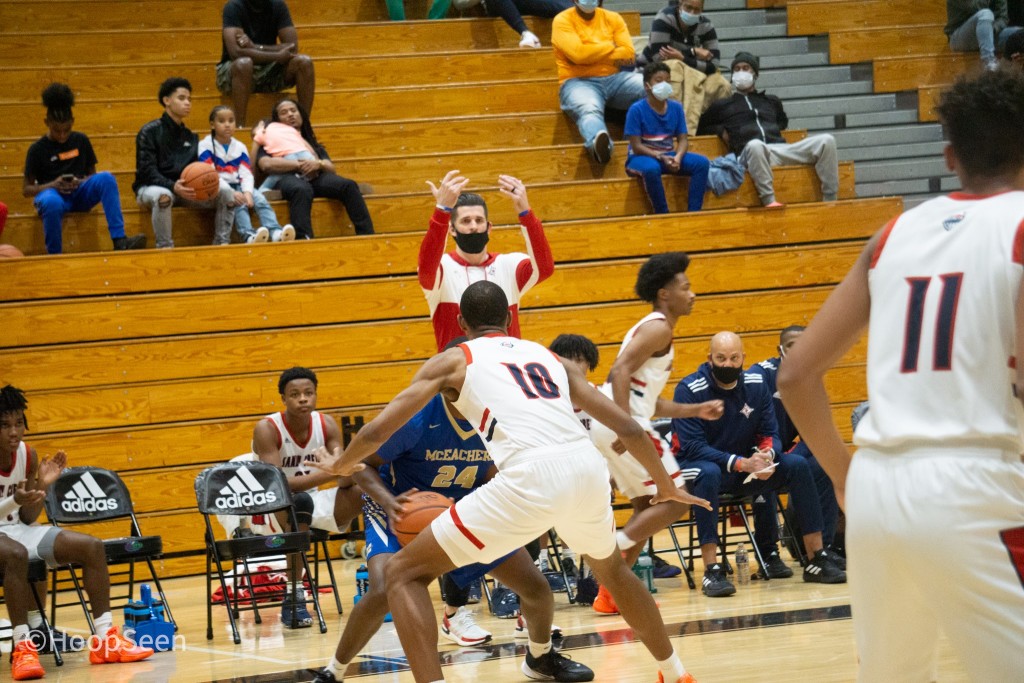 This time of year, Saturdays are usually known for kicking back catching some college football and maybe some college hoops. However, this upcoming Saturday (Dec. 5th) may be the best overall day of high school hoops so far this season. Here is a preview of the matchups.

Wheeler (1-0) vs Sandy Creek (3-1): These two juggernauts will clash at the TOC Showcase Saturday night. Wheeler, fresh off a AAAAAAA state title earned its first win over McEachern at Holiday HoopsGiving last weekend. The Wildcats added Dayton signee Kaleb Washington to an already loaded roster featuring FGCU signee Jaheim Hudson and available senior Max Harris. Sandy Creek has been already been battle tested with big wins over Pace Academy, McEachern, and Milton. The Patriots are led by Auburn signee Jabari Smith who looks poised to make a run at Mr. Georgia Basketball. The addition of Washington State signee Myles Rice make Sandy Creek the team to beat in AAA and one of the top teams in the state. This game has player match ups that will be fun to watch.

Pebblebrook (5-1) vs Kell (3-0): These two teams may be the hottest teams in the state right now. No team had a better weekend run than Kell with two wins over the Calhoun School and Lake Norman. Star PG Scoot Henderson put on a stellar performance against JD Davison and Mikey Williams making his case to be considered as a top PG in the country. Pebblebrook is considered a top-3 team in AAAAAAA and has been looking better each game they play. The Falcons have a strong group of seniors including South Alabama signee Tyler Shirley, Georgia State signee Jamall Clyce, and unsigned senior Aaron Reddish. This will be a good test for two of the hottest teams in the state.

Milton (2-2) vs Grayson (5-1): Milton and Grayson are considered by many as the top two teams in AAAAAAA. This will be a matchup featuring two heavy weights. Grayson has been on a tear early with five wins over quality opponents and its only loss coming from nationally ranked Wasatch Academy. The Rams have a team full of future college players and may have the most length in the country with the big three of Ian Schieffelin, Chauncey Wiggins, and Taje Kelly. Milton has faced some difficult tests early. Led by Ohio State commit Bruce Thornton and Kendall Campbell, the Eagles are a fast-paced team that plays with a lot of tenacity on defense. This early matchup could be a preview of the AAAAAAA championship game in March.

Norcross (3-1) vs McEachern (1-2): This matchup features some of the most athletic players in the state. Norcross is off to a good start this season led by available senior Jaden Harris and Depaul signee Kok Yat. The Blue Devils have to young budding stars in London Johnson and the high flying freshman, Jahki Howard. McEachern has taken some losses early on in the season but has been without Arkansas signee Chance Moore for those losses. Even without Moore, the Indians have a dynamic duo in UGA signee Cameron McDowell and Randy Brady who can score in bunches. Look for McEachern to use this game as a chance to get back on track.

Newton (2-3) vs Berkmar (3-1): This matchup will feature some of the state's best sophomores and juniors. Berkmar is led by Malique Ewin who is regarded as one of the most skilled big men in the country. Transfers Jameel Rideout and Destin Logan have given the Patriots more scoring threats on the perimeter. Newton led by star junior TJ Clark has played a tough schedule so far. The Rams have a young, athletic team that plays hard on both ends. Sophomore Stephon Castle and and Qua Brown have been essential to Newton's success and will need to step up to make an impact against Berkmar.

Heritage (4-1) vs Cherokee (3-2): This is sure to be a fun, fast paced matchup between two teams who like to play uptempo. Cherokee's big three of Elijah Tucker, Taihland Owens, and Ethan Pickett can create match up nightmares. Tucker, who recently signed to Xavier, has added to his skillset making him an inside outside threat. Owens is one of the best available seniors and shooters in the state. He's a slasher and can score in a hurry. Heritage features one of the top back courts in the state in Ole Miss signee James White and Elon signee RJ Noord who can both score in high volumes. This game could come down to the defensive end and who wins on the boards.