Coaching during the COVID-19 pandemic 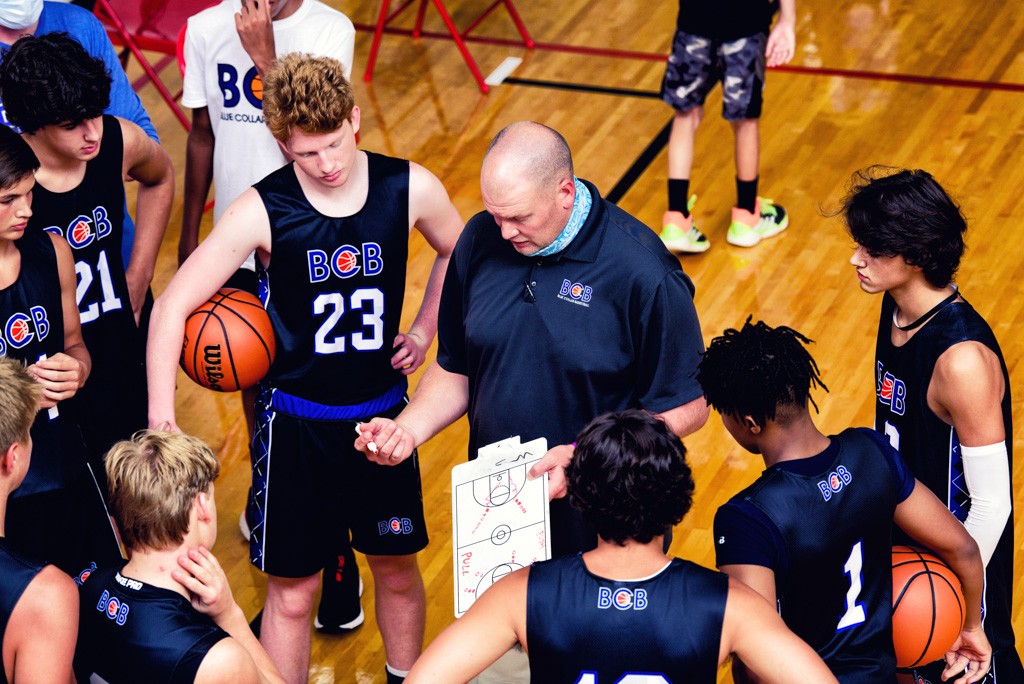 Like an unknown prospect that makes a name for himself with a breakout weekend at a tournament, COVID-19 came out of nowhere and let the world feel its wrath. No parts of society were left untouched by the pandemic, including the world of sports.

For nearly four months, sports across the United States were put on hold to protect the livelihood of athletes, their families, and society as a whole. The remaining high school  basketball seasons were cancelled, in some cases just days before the state championship was scheduled to take place. travel basketball tournaments and showcases schedule to begin in mid-March were indefinitely pushed back with the whole country unaware of what the future held in store.

“It was all about getting everybody healthy,” said Karey Peterson, head coach of HYPE 2021 KP. “With something like that, you have to put basketball on the back burner. You have family members and other people that coronavirus is really affecting.”

After all, what’s a little time off from sports compared to the very real threats posed by the coronavirus?

Nevertheless, teams needed to put basketball on the back burner like Peterson said and not turn it off completely. Ask any athlete, and they’ll tell you how detrimental it can be taking four months off from their sport of choice. Even after the longest of seasons, few athletes would want to take a such a break. It simply wouldn’t be good for their game, especially for young players still developing their skillset and even more so for those entering a crucial period for recruiting.

With this in mind, travel basketball coaches around the country had a predicament on their hands. How could they keep their players ready and on top of their game while maintaining the utmost respect for the pandemic sweeping the nation?

There’s only so much you can do physically during a pandemic, but teams took whatever chance to practice they could get their hands on while trying to stay within the confines of social distancing.

Smith and his Tigers teams had only two practices before traveling to Georgia from July 10-12 for the HoopSeen Tip-Off.

RELATED: How players have handled the pandemic

Alabama-based AOB Elite 2021, coached by Adam Spiller, conducted small practices at an outdoor court but not any full-team indoor practices.

“We were able to do skill workouts at outdoor church courts that would allow us to come in minimal numbers,” Spiller said. “It was laminated concrete which wasn’t the greatest but it was better than nothing.”

As for the mental side of the game, coaches went back to the basics.

Spiller and his AOB Elite players hopped on FaceTime calls and talked through “scheme and some simple concepts.”

“Those mental reps have been important for the guys throughout the process,” Smith said.

The coaches adapted their ways, but at the end of the day a bulk of the responsibility fell on the players to stay on top of their game. Based off the product on the court during the first weekend back for many teams as well as the words from their coaches, the players handled the situation about as well as they could have.

It’s been a long, uncertain road to where we are right now, and the future remains up in the air. How many more tournaments and showcases will be held? Will there be a high school season? How will these recruits be seen after dedicating their entire lives up to this point preparing for a shot to play college ball?

Nobody knows the answer, but one thing is clear. Everybody — players, coaches, parents, scouts, and tournament directors  — are staying on the their toes and exploring every avenue to keep basketball alive during the 2020 pandemic.