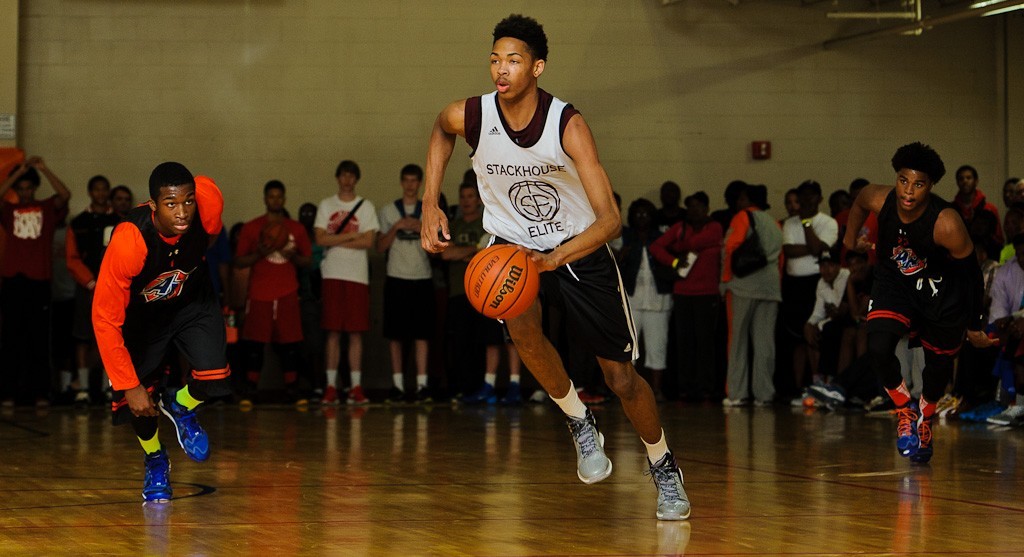 After a two week Christmas and New Years hiatus, The Carolina Corner is back to start the new year. In the first Carolina Corner of 2020 we will touch on an All-Decade North Carolina hoops team, UNC-Wilmington’s newest commitment, a look at our updated HoopSeen national rankings and more.

Coby White, Greenfield School, UNC, Chicago Bulls - White is the most prolific scorer in North Carolina high school history. He scored 3,573 points over his high school career before heading to North Carolina for one season. The McDonald’s All-American and All-ACC second team selection averaged 16.1 points per game as a Tar Heel before being drafted with the 7th pick of the 2019 NBA Draft.

Brandon Ingram, Kinston, Duke, New Orleans Pelicans - One of the top-ranked players overall in the 2010-2019 decade at #2 in most recruiting sites 2015 rankings. Ingram led Kinston to four-straight state titles and was named the Player of the Year for North Carolina. He was also selected as a McDonald’s All-American before heading to Durham, North Carolina and playing one year at Duke University. Ingram was drafted #2 in the 2016 NBA Draft by The Los Angeles Lakers.

Dennis Smith, Trinity Christian, NC State, New York Knicks - The 9th pick of the 2017 NBA Draft from what many consider the best class in North Carolina prep history, Smith enjoyed a standout career at Trinity Christian in Fayetteville, North Carolina under coach Heath Vandervender before heading to Raleigh, North Carolina and playing for Mark Gotfried at NC State for one season. Smith missed out on a lot of senior superlatives such as the McDonald’s All-American game and all-state selections because of injury and enrolled at NC State early.

Theo Pinson, Wesleyan Christian, UNC, Brooklyn Nets - The McDonald’s All-American from Greensboro, North Carolina had a stellar prep career leading Wesleyan Christian to two straight NCISAA state championships before embarking on a four-year career at UNC where he helped win an NCAA title in his junior season. He was un-drafted in the 2018 NBA Draft but was picked up after his summer league play and has been averaging 14 minutes per game over his career.

Montrezl Harrell, North Edgecombe HS, Louisville, Los Angeles Clippers - Was a standout at North Edgecombe HS before taking a prep year at Hargrave Military Academy in Virginia where he averaged 25 points and 13 rebounds. He would then spend three seasons at Louisville before becoming there 32nd pick in the 2015 NBA Draft where he now averages 20 points per game for the Los Angeles Clippers.

Senior point guard Marcus Elliott from Holly Springs HS has committed to CB McGrath and UNC-Wilmington. The 6-foot lead guard was one of the best at his position throughout out the June high school team camp evaluation period and he shined for Garner Road at our HoopSeen Tip-Off. Elliott is a facilitating point guard that can break down defenders and has a high basketball IQ, along with playing with a high-motor. This is the second year in a row for UNC-Wilmington landing one of the more under recruited point guards in the state. Last year the Seahawks grabbed South Central point guard Shykeim Phillips from under everyone else’s noses.

D'Marco Dunn, a 2021 guard from Fayetteville (NC) Westover HS was first turned on to us by one of our good friends in Fayetteville, North Carolina, Charles Clark who runs PrepHoopsNC. Dunn recently picked up his fourth offer from UC-Riverside this morning to go along with East Carolina, UTEP, and VCU. VCU was in last night to see him as Westover HS battled Terry Sanford HS in a match-up of the two top teams in the area.

Our staff saw players from all over the country over the past months and we have a good feel on who should be ranked where. Our top 65 from 2020 dropped yesterday here. Four prospects from the Carolina’s madd the cut, NC State signee Josh Hall at #17, Michigan commit Isaiah Todd coming in at #23, Clemson signee PJ Hall at #52 and NC State signee Cam Hayes at #53.