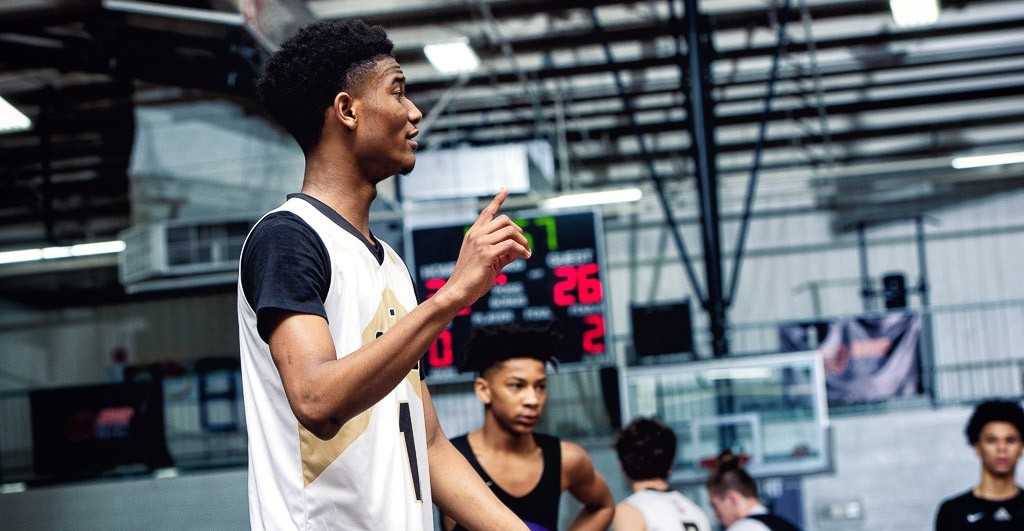 We continue to look deep into the senior season risers in Georgia. That could mean with a player's recruitment or game. Or both. Be sure to read part I of this exploration of our Senior Season Risers here.

Raul Arias, Trinity Christian: We said it after watching him at our Fall Preview camp and we will say it again, Arias could be one of the most intriguing players in Georgia’s 2020 class that is still available. The native of the Dominican Republic, Arias is a three-level scorer and a strong rim attacker with bounce. He’s a great finisher in traffic and a confident player that seems to just be tapping into his confidence and production. Arias is a player that should draw plenty of schools from various levels and it wouldn’t surprise us one bit to see him grow into one of the hottest prospects during the high school season.

Christian Chambers, Evans: One of the best players in Augusta, Chambers is primed for a big senior season. We saw his game trend upwards with the Upward Stars Upstate program on the HoopSeen stage and he shined as a terrific scorer. The lefty was a party of Evans’ 24-win season last year and should be the go-to guy for coach Kevin Kenny. We’ve seen Augusta area guards go under-recruited in the past only to go onto college and have very productive careers. Chambers should be next.

Zarion Griffin, Statesboro: The 6-foot-3 guard caught the attention of attentive college coaches in June with his aggressive play on the NCAA Georgia stage. Griffin has been one of the best players outside of the metro Atlanta area for some time. As a junior, Griffin averaged 17.9 points a game for the 20-8 Blue Devils. Griffin is the guard to come out of Statesboro since Qua Smith, a big time athlete who played at South Georgia State, Nicholls State and Savannah State. Griffin had some strong interest from top-shelf Division II programs after the summer. It wouldn’t come as a big surprise to see his interest grow even more into his senior year.

Anthony Hardy, Lithia Springs: We don’t believe you can call him a sleeper or even a senior season riser. If you’ve paid attention, he’s been one of the best point producers over the last couple of years in GHSA and travel ball. Hardy is wired to score. Always has been. As a senior, he’ll be the undeniable option numero uno for the Lions. His recruitment, and that’s where the notion of being a “senior season riser” comes into play. He should see a spike in his recruitment. Hardy’s game is the kind that college coaches find ways to get onto their roster during the spring signing period. Hardy would be a great player to chart this year for schools looking for a bucket-getter.

Jarden Maze, Washington County: The sharp-scoring combo guard was consistently good on our stage during the spring and the summer with the Middle Georgia Bucks. And as a returning starter for a 20-win team, Maze is primed for a big year in the middle of the state. Maze shoots it well with consistency and accuracy. Surprisingly, his recruitment didn’t quite grow the legs that it should have after travel ball. But now in his final season with the Golden Hawks, Maze could be a really nice option out of Middle Georgia, an area that consistently produces college-ready players.