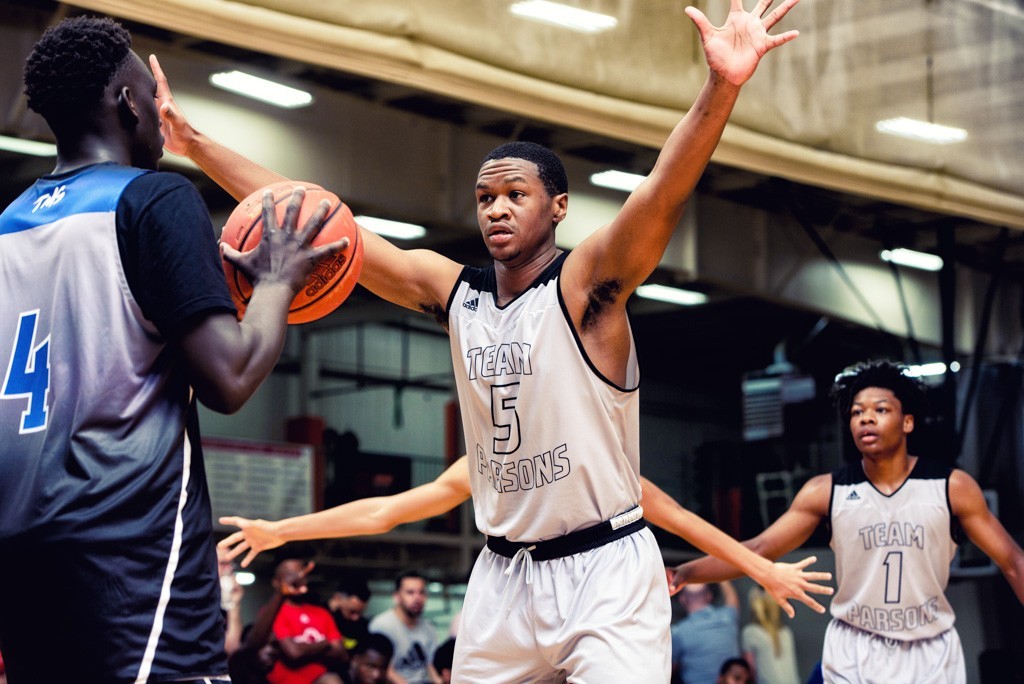 In this piece we take a look at the job staffs in the Big South Conference have done on the recruiting trail before the signing period takes place next month. Our HoopSeen staff will take a deep dive into the Signing Period over the next month with multiple articles, breakdowns, team recruiting rankings and team reviews.

Appalachian State- New Head Coach Dustin Kerns has landed two early commitments from the 2020 class. 6-foot-4 guard Michael Eads was a huge pull for the Mountaineers and gives them a big-bodied guard that has played on a high-level and can score out to the perimeter. The Orlando (FL) Edgewater standout was a big part of Team Parsons this travel season and spent a lot of time on our HoopSeen stage where he was named to the all-tournament team at The Bob Gibbons Tournament of Champions. Eads had offers from some higher profile programs such as Oklahoma State, Nevada and Wake Forest, so this is a really great get for Kerns and his staff. The second commit is in-state big man CJ Huntley out of Davidson (NC) Day School. The 6-foot-9 forward spent the travel season with PSB Elite and is a long and agile forward that can score around the rim, block shots and rebound with a consistency. GRADE A

Arkansas State- Head Coach Mike Balado has picked up one commitment from the 2020 class before the signing period in Memphis (TN) Conway guard Caleb London. The 6-foot-4 shooting guard spent the travel season playing with Woodz Elite on the Nike EYBL circuit. Arkansas State also landed two JUCO prospects in Indrek Sunelik, a 6-foot-7 small forward and Markise Davis, a 6-foot-8 forward. Junior College prospects are a good route to take in this conference because almost every program has some. This is a big boy conference and you have to recruit that way. GRADE A+

Coastal Carolina- I can think of a lot of worse places to recruit at than Myrtle Beach, South Carolina. The Beach. The Sun. Did I say the Beach? I have no doubt in my mind that Coastal will land some players either before our Signing Day coverage starts or after. The Chanticleers have 12 open offers out right now for two spots. GRADE N/A

Georgia Southern- Head Coach Mark Byington has landed one high school commitment prior to the early signing period with Conyers (GA) Newton standout Caleb Byrd making the call for GSU. Byrd spent this travel season with Game Elite on the adidas Gauntlet circuit and is known for his scoring ability. Byrd had 23 scholarship offers before choosing Statesboro as his destination. The other commitment for the Eagles is 6-foot-3 guard and junior college prospect Tekorian Smith out of Polk State CC by way of Memphis, Tennessee. GRADE A

Georgia State- Atlanta. One of the hotbeds in prep basketball. New Head Coach Rob Lanier brings a sold resume to one of the basketball Mecca’s of America. Lanier and staff have started out strong with a commitment from a guy that started his travel season at the HoopSeen Tip-Off, Kaleb Scott. The powerful, strong, college ready bodied Scott spent this travel season with Garner Road Basketball Club playing on the adidas Gauntlet circuit. Scott chose Georgia State over Appalachian State, Wofford, Charlotte, UNC-Asheville, George Mason and East Carolina. Great start for the new staff at maybe the new University of Atlanta. GRADE B+

South Alabama- Former Clemson assistant coach Richie Riley has done a hell of a job in Mobile, Alabama. After this season he will be losing seven seniors, so this 2020 class is very important and the Jags have already landed four commitments before the signing period.   and two JUCO commits. The center spot was a must have for Richie Riley and staff and they got their guy from neighboring Louisiana with Metaire (LA) Crescent City big man Caleb White. The 250-pound, 6-foot-9 White will bring the size needed in the paint in the Sun Belt. Adding more size with 6-foot-8 Alabama native Zondrick Garrett at the power forward spot gives some more depth on the frontline. At the small forward spot, Baltimore (MD) St. Frances’s Jamal West Jr, made his commitment back in early August. West is a do-it-all forward that will bring rebounding and a perimeter scoring threat to Mobile. Memphis native Alex Anderson is expected to attend prep school and be on campus for the 2020-2021 season for the Jags. The two junior college commitments were 5-foot-11 PG De’Monte Nelson a Wisconsin native and 6-foot-3 Canadian shooting guard David Walker. GRADE A+

Louisiana Lafayette- With no commitments in the 2020 class thus far in the season, Louisiana still has one spot open on the roster so there is still time for one to fall into place either on the high school level or in the junior college ranks. The Rajun Cajuns have secured a 2021 commitment from Louisiana native Joe Charles Jr., a 6-foot-8 forward.

Louisiana-Monroe- The Warhawks have already secured four commitments for the 2020 class prior to the signing period with 6-foot-3 guard Elijah Tate from Madison (LA) Prep and 6-foot-5 small forward D’Marcus Hall out of Haughton (LA) Calvary Baptist. Beefing up the front line is 6-foot-8 forward Thomas Howell, a native of Louisiana and at the shooting guard spot is Zaakir Sawyer of Dallas (TX) Horn. GRADE A

UT-Arlington- Three spots remain open for UT-Arlington heading into the middle of October. Their latest offer was to 6-foot-7 small forward Tyrus Baynham out of Nashville (TN) Tennessee Prep. Baynham was offered on October 8th.  The Mavericks have made two offers at the small forward spot and one at the power forward position. GRADE N/A

Troy- The Trojans have one spot left for the 2020 class and seven offers on the table. Their biggest need to fill is at the small forward spot. Offers to five prospects for that position in the class should see a commitment coming sooner than later. GRADE N/A