Breaking down the bracket: Class AAAAAAA 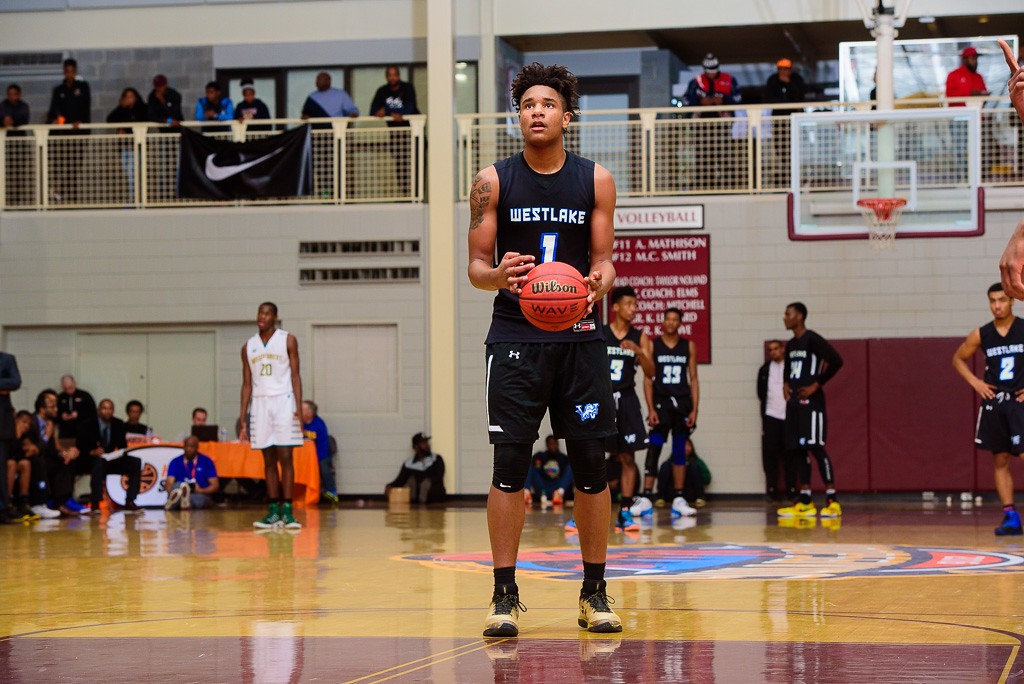 Welcome to the granddaddy of them all.

In the first year of AAAAAAA play here in Georgia, we enter the state tournament with hopes of a monster event. And why wouldn’t we? This is the deepest group of basketball teams and players we’ve seen in the Peach State in over a decade. The talent is there for fireworks from Friday until March 11.

Buckle up. Pop the popcorn. Pull up a chair. Enjoy the show.

Who will it be in the end? That question has circled around the table time and time again and there probably isn’t an easy answer when talking about Georgia’s AAAAAAA classification.

Pebblebrook has the state’s most dynamic player in Collin Sexton. Wheeler has the best starting five. Westlake has beaten them both. Oh, and they are the defending state champs. Norcross may be the most disciplined in AAAAAAA. McEachern hasn’t lost a game this year. Newton has the best three-headed monster. And let’s not forget about Tift County, a team deep with talent. Or Berkmar, a team that has beaten Norcross already this year.

The options are plenty.

EXAMINING THE STRENGTHS OF THE NO. 1 SEEDS

Region 1: Tift County - Chip on their shoulder. The South Georgia team has won 24 games and beat some good teams along the way. Always looking for respect in the state, the Blue Devils have a quad the bracket to prove their narrative true. Watch out for Virginia Tech bound PJ Horne.

Region 2: Pebblebrook - When you have a scorer like Collin Sexton, you always have a chance to win. He’s the most dangerous offensive weapon in Georgia. When he was out with a concussion, we saw the rest of the Falcons step up. This is a scary group right now.

Region 3: McEachern - Perfection. The Indians have lost a game this year and have ridden the play of super sophomore Isaac Okoro, the point guard play of Sharife Cooper and the defensive presence of Babatunde Akingbola. This team reminds me a lot of Jonesboro two years ago.

Region 4: Etowah - They win ugly. And that’s just how the like it. Defensively, the Eagles only yield 46 points a game to opponents. They will be put to the test in their section of the quad. But they are physical and never shy to play in the trenches.

Region 5: Milton - The Eagles are finding their stride at the right time. After an underwhelming season, the North Fulton school went 5-0 to close out the last five games and won their region tourney. A hot team is a scary team.

Region 6: Mountain View - Magic at the right time. The young Bears marched through a deep region tournament to claim the title. When a hot team gets hot, you have to be worried. The young guards are playing with a high confidence.

Region 7: Norcross - Frontline length. Rayshaun Hammonds and Lance Thomas are hard to guard at the four and five positions. Both can score inside and out. And mix in their solid and steady guard play and the Blue Devils are tough.

Region 8: Newton - Guard play. The Rams have the best backcourt in the state with JD Noate (Region 8’s Player of the Year), Ashton Hagans (one of the top overall guards in Georgia) and Isaiah Miller (the most athletic guard in Georgia).

SEVEN MUST-SEE MATCH-UPS IN THE FIRST ROUND

If we’ve learned anything at all over the years it is this - never, ever count out Campbell. Tyree Crankfield isn't very big (5-10, 130) but can flat out score. And opposing coaches have praised his tough play all season long. This year’s team (13-15) isn’t the best one James Gwyn has coached over the years but the key players have been on the big stage before. Never count them out.

Keep an eye on South Gwinnett, too. The No. 4 seed out of Region 8 will play Mountain View, the No. 1 seed out of Region 6. South isn’t exactly entering the playoffs on a high note, losing their last four games. On the flip side, Mountain View rode out some post-season magic to three straight one-point wins to claim the hard-earned Region 6 tournament championship. This is a sneaky game to watch.

Eleven of Duluth’s 18 wins this season came against state playoff teams. Region 6 was the deepest region in Class AAAAAAA. Now an opening round game at Shiloh awaits Cabral Huff and his squad. That’s a tall task, no doubt, but the Wildcats are deep and strong in the backcourt. So is Shiloh. And let’s not forget Shiloh is Newton’s only loss on the year. That said, Duluth is no slouch and the No. 3 seed will be a tough out in round one.