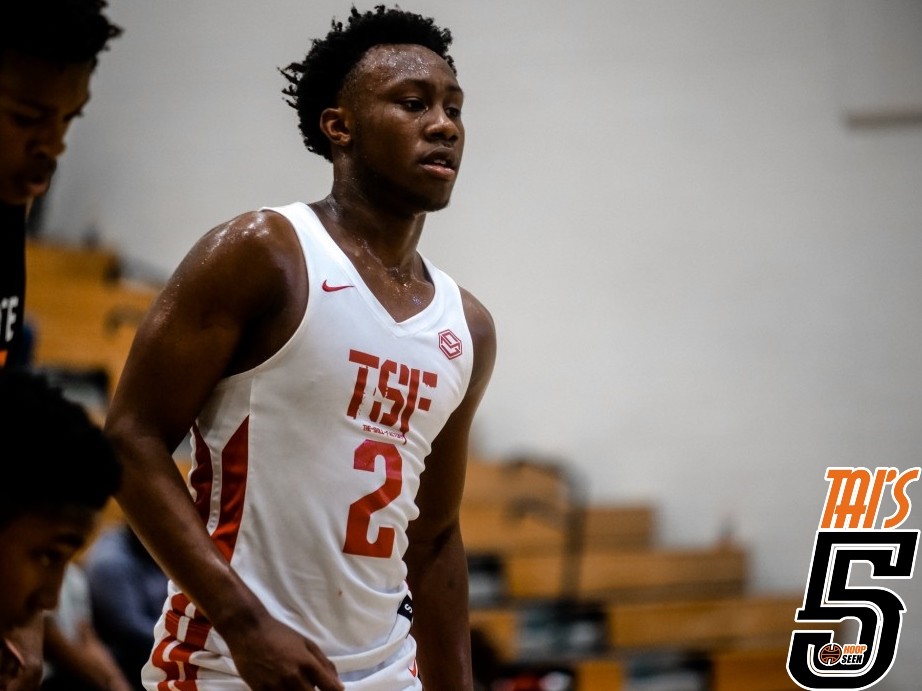 Holiday Hoopsgiving has become one of the premier destinations for national media, college coaches, and teams looking to beef up their schedule. As always, there were a ton of unique matchups and storylines to follow but there were a few that stood out the most. Here are my takeaways from the busy weekend.

Jett Roesing may be the best shooter I see this season.

It's early, I know. There's a ton of basketball left to be played for me to make claims like that. Last year at Flyin to the Hoop, Roesing finished second to Eman Sertovic(currently shooting 50% from three for UT-Martin) in my award for the best shooter at the event. His shot travel across state lines well as his patented jumper made for several easy threes. At that same event, it was told to me by Roesing that his lone offer was Central Connecticut state. Fast forward, and now Duquense has an incoming freshman that can contribute for day one.

Jacobi Wright is a coaches dream

What every basketball purist wants is a point guard who understands his job. Make life easier for his teammates, be an extension of the coach, and have a grasp of time and possession. Wright does all of that and more for Legacy Early College. A true floor general in every sense, Wright has a firm grasp of his team's offense. With a limited number of mistakes every night, Wright increases his team's chances of winning with his solid play. As a shooter and facilitator, he does some of it all.

Countless times I've seen teams rely on their best offensive player to churn out a basket when the clock got low on time. In high school, college, and especially the NBA, it's a must to have a player that can create something out of nothing. But with the addition of the shot clock, there's another trait that has more value and that's an on the ball disruptor. Every one guards the ball to a degree, but those guards that can pick up the length of the court a take seconds off the clock are making it hard for offenses to have clean possessions. Earlier in the year, it was Woodward Academy guard Micheal Whitmore. This weekend, players like Therrell guard Roman Son and Kell's Nahjae Colon come to mind. Whether its the length of the court of just making it difficult to initiate offense from a certain spot, those guys have added value by draining seconds off the clock.

Bruce Thornton is a winner

I don't mean that from strictly a win-loss standpoint. From an evaluation standpoint, wins are great, but there's a lot of factors that go into it that may outweigh what one player can change. When you put Thornton on a scale, his good far outweighs anything that could be negative. Rebounding, facilitating, and defending are all some of the boxes he checks off. In regards to his ability to defend, outside of some of the state's best shot blockers, I'm not sure there's a player that impacts the game more on that side of the ball. If he matched up with someone 6'6 would his team panic? I doubt it. Left on an island against other high major guards, no problem.

I can't help but think of guys like Marcus Smart whenever I watch Thornton play. He does it all. The things that he does well does not hinder the value of anyone else on the court. In fact, it increases it. Put Smart next to Kyrie or Kemba and they don't have to change what they do. They check out the game, and the ball is still in good hands. Teams lacking size, he can switch on to bigs. A little light on the glass, he's one of the best rebounding guards around.

Now I'm not saying he's a pro. There's still plenty of time left in his story. But guys that can be moved around defensively and do their job on the other end are highly valuable today. Of course, it's easy to get caught up in comparisons. It comes with the game. But if there's one thing I think is a certainty, where ever Thornton plays next, wins will follow.