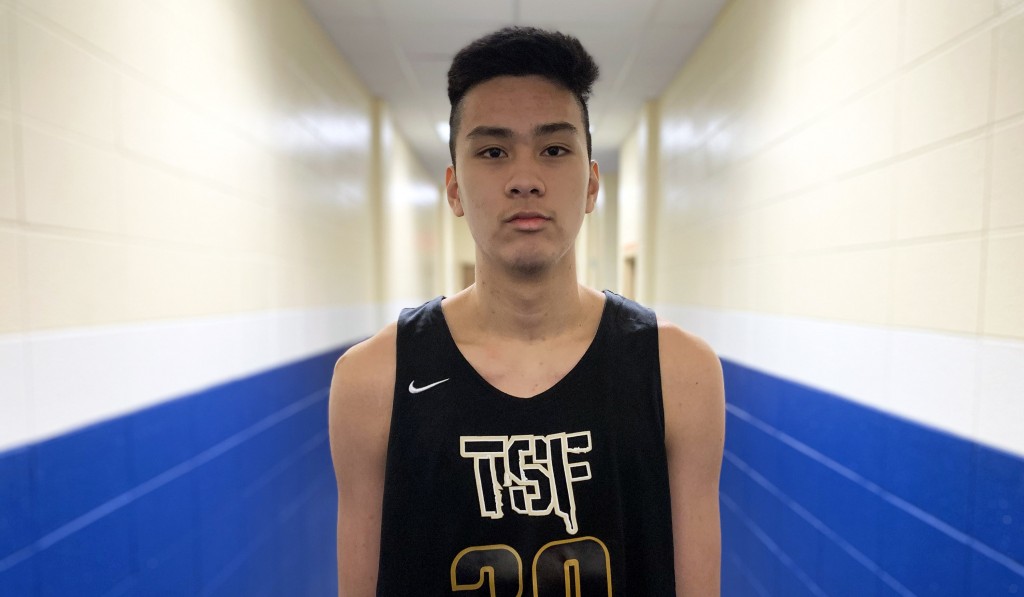 POWDER SPRINGS, GA - The high school season in the Peach State is officially underway and the annual starting point is the Georgia Elite 8 Tip-Off Classic at McEachern High School.

Read up on our storylines from the Georgia Elite 8 Tip-Off Classic HERE where we discuss Sharife Cooper, Scoot Henderson, Dillion Hunter and Greenforest’s terrific defense.

Kenyon Martin, Jr., IMG Post-Grad: The son of former NBAer of the same name knows the value of his namesake. Martin, Jr. was bending rims at a rapid rate in IMG’s win over TSF on Saturday afternoon. Martin’s explosion paired with power was an unstoppable force down the stretch in a back and forth contest. He’s prepping for the pro level in his year at IMG, per his dad.

Jaden Walker, Core4: The Iowa State-bound guard had it dialled in from three and kept his Core4 squad in the match-up against Hargrave Military. Walker finished with 25 points and hit four three-pointers in the loss. Walker’s perimeter game dripped in confidence and he showed some toughness as a rebounder.

KD Johnson, Hargrave Military: With his future head coach Tom Crean watching at midcourt, the Atlanta native returned home and showed out. Defensively, Johnson was his trademark pest on the ball and forced Core4 into some turnovers that allowed the team to shine in transition. Johnson played well in his role for the stacked Hargrave team and did a fine job of helping out his fellow backcourt mates shine in this match-up.

Kai Sotto, The Skill Factory (pictured above): The native of the Philippines was the trending player of the morning here at the Georgia Elite 8 Tip-Off Classic The skilled 7-footer is listed as a class of 2021 prospect and came to the United States to prep for the NBA Draft. He’s a wildly skilled player inside and out and has undeniable pro level length that goes with it. Sotto, if ranked against the top players nationally in the class of 2021, is a top 40 level prospect and a potential 5-star level player. He’s all kinds of intriguing and Sotto, playing in his first real stage in the United States high school basketball circuit, shined. Big time first impression.

Khi Cook, Greenforest: Cook is the smallest guy on the biggest team but he may be the most important on Greenforest’s talented roster. The 5-foot-7 junior runs the show quite well and knows how to play off of the giant lineup around him. Cook is such an important and understated player for Greenforest. Sure, the Eagles are tough to beat because of their verticality. But Cook’s ability to tie it all together shouldn’t be unnoticed.

Core4 has a player to dive deeper into with Louisiana native Brian Lee. The 6-foot-2 guard was a really nice surprise against Hargrave Military. Lee was crafty in the half court and played well off of Jaden Walker. He’s a strong and confident guard that can put points up in a hurry. This was my first time seeing him play and that first impression was a good one. Lee told our Austin Smith that he’s been offered by Oklahoma, Northwestern and Louisiana Tech.

Berkmar’s Jalen Deloach made sure his introduction back into Georgia was a good one. The 6-foot-8 forward moved back to the Peach State after time spent at Grey Collegiate Academy in South Carolina. He played very well against McEachern and was the most impressive unsigned senior with size. Berkmar has a new roster across the board and he’ll likely be the go-to guy for the Patriots this season. In turn, don’t be surprised to see his recruitment draw in a wide variety of programs.

Christian Fussell, Greenforest: The Middle Tennessee State big man showed some skill in a win over Pebblebrook. Yes, he’s still a threat out to three-point stripe, where he can knock down the three-point shot with confidence. But we also saw a nice turn-around jumper in the paint and solid rebounds in the paint. He slowly but surely gets better and should be a heck of a steal for the Blue Raiders.

Sam Hines, Wheeler: Fresh off a commitment to the University of Denver, Hines shined in his trademark fashion - with grit and grind as a combo forward. His bread and butter is in the paint and around the rim as a scorer and rebounder. On the flip side, he can stretch the floor with his shooting and touch. Hines is the anchor of a brand new Wheeler team - one that will be balanced and long on defense.

Myson Lowe, Campbell: The speedy guard steps into the role left behind from Terrrell Burden, who is now at Kennesaw State. Lowe, an Alcorn State commitment, plays fast and forces defenses to guard his chaotic speed. Guards like Lowe have historically played well for coach James Gwyn.

Jamaine Mann, Dutchtown: We said it when he committed and we will say it again - Mann will be a stud for Gardner-Webb. The 6-foot-5 do-everything position-less player produces on both sides of the floor and at three positions. He’s great as a rebounder, good as a passer and tough as a scorer. You can find value from Mann from all spots on the floor.

Gai Chol, Greenforest: Chol may be a class of 2023 prospect but his value is that of an upperclassman. The Greenforest big man falls in line with past players from the program. The 7-footer moves from end to end as good as you’ll find from a big man in the middle. He’s raw but he’s still a high-level prospect and a contender for the top overall spot in Georgia’s 2023 class.

Isaiah Collier, Wheeler: Playing in his first varsity game of high school ball, the much-ballyhooed guard looked comfortable on the big stage for a program like Wheeler. He mixes his good first step with scoring on this balanced Wildcat team. The way Wheeler is designed, we may not see a lot of big-time individual performances this year but we’ll see some wow moments. Collier will have plenty, no doubt, and what we saw in Game 1 of his career was a good one.

Jelani Hamilton, Cumberland Christian: The 6-foot-4 guard was an eye-catcher in the morning. Hamilton looks great as a play-making guy who has a super high ceiling. Hamilton has the tools to be a player that continues to make a jump as a prospect every year ahead of him. Remember his name.

Westlake will always have star power. Always. That’s the Westlake way. But coach Darron Rogers and staff will always have great supporting talent, too. This year’s guys that benefit from sophomore point guard Dillion Hunter’s stellar play are juniors Christian Johnson and Donald Davis. The two showed some pop in their match-up against Kell.

Meadowcreek, a dominant and consistent force in AAAAAAA for the last several seasons, has a completely new look and feel to its basketball program this season. There may be some learning curve needed there. Keep a close watch on 2022 big man Kendall Campbell. The big man showed some flashes that gets you excited about the direction he’s taking his game.

Pebblebrook is chock full of talent on its roster and the majority of the squad are juniors. And on any given day, any one player or two or three could be the go-to guy. Paired against Greenforest, it was the 1-2 punch of Jamal Clyce and Tyler Shirley that stood out. The two can stretch the floor with their shooting but both are tough to guard as you get close to the rim.