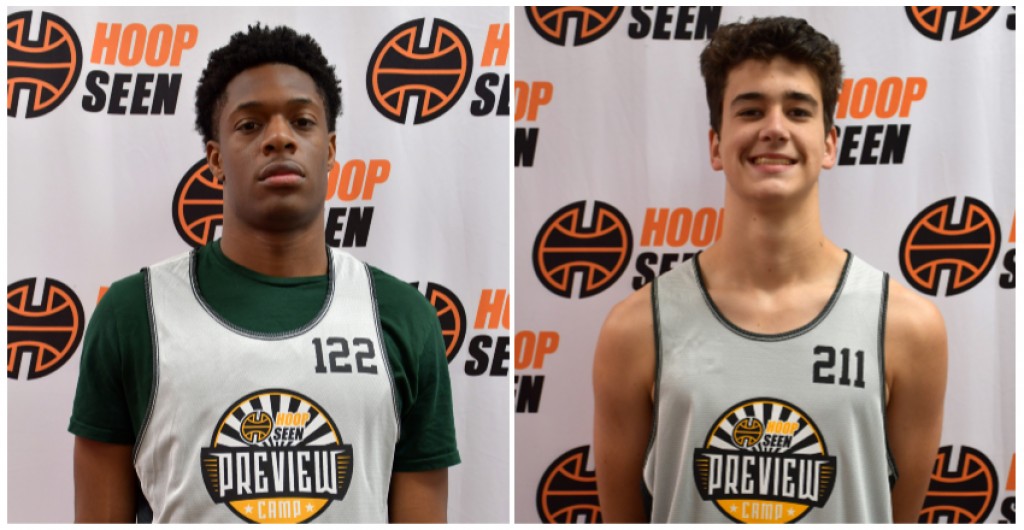 The first session of our Georgia HoopSeen Fall Preview camp is in the books and our staff of evaluators and coaches have gone through their notes of every player in the camp. Every. Single. One. Today we look closer at Team 4 from the camp.

Immanuel Alexander, Sandy Creek, 2020, PG: The 6-foot senior had his pull up jumper from free throw line working at the camp. He’s a long and rangy point guard with good positional size. It seemed like he was always involved in a play. He plays well in speed and kept catching our staff’s attention. Defensively, he used his length and athleticism to cause problems.

Chase Ballard, Arabia Mountain, 2021, PG: A solid point guard, Ballard stayed within his skill set and made plays on the defensive end of the floor. He was engaged and drew good reviews for being a good defender.

Kevin Calahan, Jr., Kennesaw Mountain, 2022, PG: The 5-foot-10 guard carved out a niche for himself as a good defender and a quality pass first point guard.

Jaylon Hatcher, Houston County, 2021, SF: The 6-foot-2 wing showed some nice balance and athleticism with work on the baseline. He spin past his defender and was able to convert in the paint against the defense for a bucket.

Luke Keller, North Gwinnett, 2021, PF: The 6-foot-8 big man was an eye-catcher and it was hard to not like the skill paired with the length for his position. He showed that he could step out and shoot the three. He is good in the pick and roll and has really nice footwork. When he was left open, he would drill the triple. Keller is a good rebounder. Added strength and bounce will help extend his game even more.

Jaeden Marshall, Richmond Hill, 2021, SF: With a big time frame and good size at 6-foot-3, Marshall used his herky-jerky motion to bully past defenders and plays hard to the basket. Marshall always plays to his strength and challenges anyone to stop him. He showed that he could score from all three levels and shined as a rebounder. Marshall was one of the top 2021 players in the camp.

Makaleb McBride, Robert Toombes Christian Academy, 2021, SG: With a great first step, McBride was able to consistently get into the paint for a score. His ball-handling is shifty enough to create space and time for him to either score of drop a pass off to a teammate when the defense shifted. He’s very quick from end to end and played athletic throughout. McBride was one of the eye-catchers from the Preview camp.

Christian Watkins, Woodland, 2022, PG: The 5-foot-8 guard hit open threes at a consistent clip. When he came off a ball screen, he could catch and shoot with regularity. He looks the most comfortable when he was a pass first point guard. Watkins can handle the ball well and makes smart decisions.