Guard play shines on Wednesday at the Nike Elite 100 camp 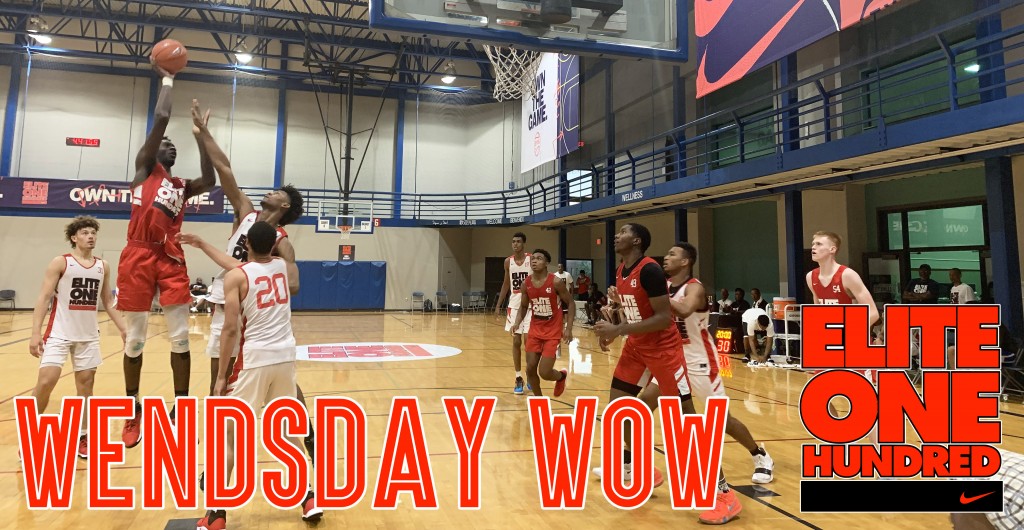 ST. LOUIS, MO - Guard play was the theme from our perspective on Wednesday at the 2019 Nike Elite 100.

You can make an argument that Khristian Lander was the best point guard in the camp on Wednesday. The 6-foot-1 floor general from Evansville, Indiana was in a different kind of zone. The class 2021 prospect has terrific wing to rim speed, crafty ball-handling and slippery feel that allows him to touch the paint at will. The lefty also drilled shot after shot after shot from three. Lander was in a terrific zone throughout the action.

New Jersey native Zion Cruz wasn’t going to be left out of the conversation either. Like Lander, Cruz has a first step that shines as his go-to skill. He has freakish burst and bounce. That allowed him to get into the paint and then make an athletic move to finish over the elite size here at the camp. He knocked down the open three-pointers when the moment arose and his passing shined in transition. Cruz has always played well in camp situations when we’ve seen him.

Texan Langston Love was in a terrific zone on Wednesday. The 6-foot-4 guard locked in his game from all spots on the floor. The Houston area guard from the class of 2021 drilled three-pointers off the bounce, had a heater when he was going back-to-back-to-back made buckets. Love’s game off the bounce is just terrific. Always in attack mode, Love competed with the kind of tenacity that just wore down defenders.

California big man Wilhelm Breidenbach of Mater Dei continues to rack up productive performances. The 6-foot-9 big man hit a three-pointer, hit a floater in the lane, he finished everything in the paint and showed that he could attack from wing to the rim. The staff here at the Nike Elite 100 camp have raved about him in drill work and the NBA scouts have independently raved about his production.

From start to finish, Sencire Harris has been one of the top overall guards in the camp. The Class of 2022 guard from Akron’s famed St. Vincent-St. Mary has shown every facet of his game here at the camp. The 6-foot-3 combo guard is really impressive in the open floor. He locks in and engages on defense. Harris has a great feel for the game and can get to the iron whenever he wants with the dribble. His jumper was falling on Wednesday evening without much trouble.

There is a trick to being a good camp player - be consistent, be an energy-giver and take full advantage every time you’re on the court. That’s been the recipe for Jaxon Kohler of Wasatch Academy. The class of 2022 big man from American Fork, Utah has shined with his old school post game. He’s been able to back down his man in the low blocks, box out for rebounds and just killed it inside all camp long. Love his overall feel for his position.