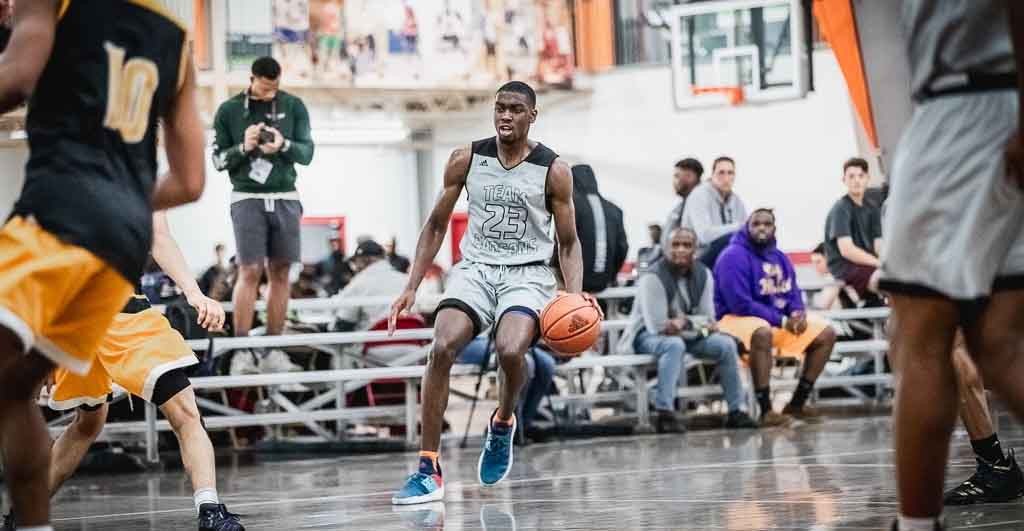 CHARLOTTESVILLE, VA - The NBPA Top 100 camp was jam-packed with talent this year and there were a number of players jumped off the pages. We talked about our top overall performers already. What about some of the other stars of the weekend? We roll out some more notes from the action.

Wasatch Academy center Mady Sissoko started the camp by playing harder and tougher and meaner than anyone in the entire field. The message was made from the opening tip and the sentiment was received every day of action. The 6-foot-10 center was the topic of multiple NBA teams and darn near every high-major school that came out to Charlottesville to see him. Sissoko is a great rim protector and elite rebounder because of his next-level strength.

YOU CAN RUN MY TEAM

Ever since the first time I saw Devin Askew play last year at the Nike Elite 100 camp, the Mater Dei guard has been one of my favorite point guards in the country. And that’s regardless of class. The class of 2021 guard helped pilot his team to the championship in Charlottesville. He’d probably tell you that he wished he shot a little better but his passing paired with decision-making was the model of efficiency.

HOW TO MAKE FRIENDS IN A HURRY

Houston bound point guard Tramon Mark knew how to make fast friends in a camp setting that has players from all over the country. The Texan tossed the rock around the floor and made sure his team was properly glued together with terrific passing. The class of 2020 guard was the best passer I saw in the field. He’s a top 75 composite ranked guard in his class. I’d feel comfortable with him sliding inside the top 65. I’d expect him to be all-league contender for the Cougars.

SURE GLAD HE’S ON OUR TEAM

There weren’t too many players at the NBPA Top 100 camp that were already committed to a school. But the ones that were, almost played like they had the attitude of “Hey, sorry, I’m already off the board. You should have recruited me earlier” kind of spirit. Northwestern-bound Joe Basimile certainly did. The 6-foot-5 guard from Team CP25 was a terrific mixture of highlight dunks and big-time three-point range. He committed to the Big Ten program before the travel season really grew legs. And ever since then, he’s been playing at a level that should have Northwestern fans excited about a future All-Conference player coming to town.

LET’S CHECK BACK ON THIS GUY IN FIVE YEARS

Efton Reid is ranked outside the top 50 in the national composite rankings for the class of 2021 but it wouldn’t surprise me one bit if that changes over the next year. The 7-footer from Virginia was an eye-catcher at the NBPA Top 100 camp. And it wasn’t just college teams. Some of the NBA brass that was on hand liked what they saw from the big man. Camp settings are hard for big men to really shine but Reid made the most of it and showed why he’s probably going to rise in the rankings sooner than later.

Y’ALL GAVE ME A STAGE, SO I TOOK ADVANTAGE

Tristan Maxwell can score some points. If you follow North Carolina HS hoops, you know this. The son of former NBA player Vernon Maxwell, the class of 2020 guard took full advantage of the invite to the big summer platform. He led the camp in three-point filed goals made. He also took the most shots overall and from three. But he made ‘em when he shot ‘em. He was also a solid PG when he was called on for that role.