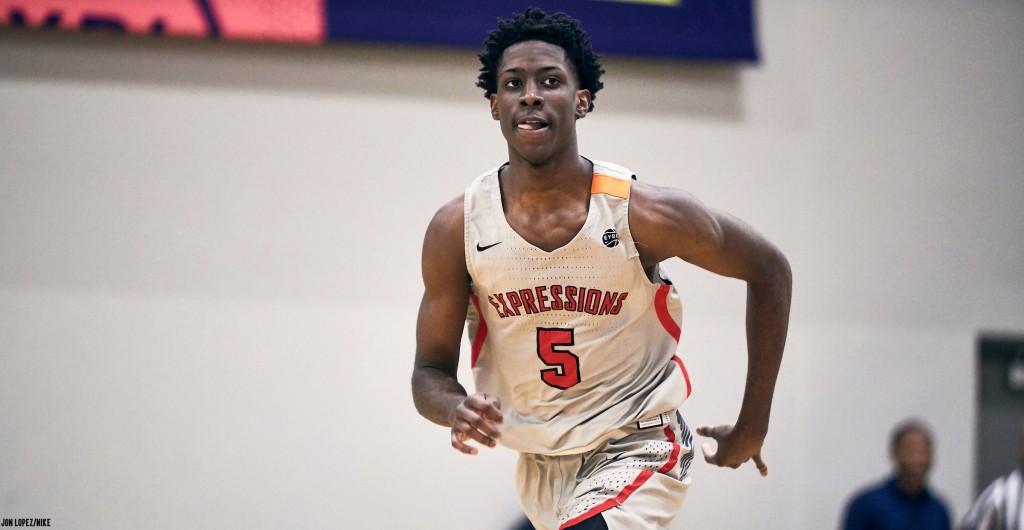 ST. LOUIS, MO - The 2019 Nike Elite 100 was loaded. Just absolutely loaded. And the big dogs barked louder than anyone else. When the star power plays to its potential, that makes for a great week of work for everyone involved. Who were to the top overall performers from the invite-only Swoosh Summer Camp? These are Justin Young’s top dog picks. Meet the second round of the top performers.

2021 Terrance Clarke, SG, 6’7
Brewster Academy | Wolfeboro, NH
Smooth, effortless, easy. Whatever the word that followed him when describing his game over the weekend, it is hard to disagree with the adjective. Because they all work. Clarke has a body of work that says he is on that short list for the top spot in the 2021 class. Given his body of work at the Nike Elite 100, he’s not coming off that list either. Clarke is a smooth scorer with a smooth delivery. He’s one of those players you just have to go and watch and enjoy the show. That’s been the story with him for a while now.

2022 Chris Livingston, WG, 6’4.5", 190
Buchtel | Akron, OH
The MVP of the FIBA Americas U16 MVP continues to add layers to his already-impressive game. Most notably, his perimeter game continues to get better and better. Livingston showed off a gorgeous pull-up three-pointer off of ball screens and was consistent from beyond the triple line. Livingston is still at his best when he rebounds, runs and then finishes at the rim. He can really soar in the open floor and really good on the glass. The Akron native continues to live up to his hype.

2021 Malaki Branham, 6’3.5”, 194
St. Vincent-St. Mary High School | Akron, OH
I knew nothing about him coming into the camp and I’m leaving here as one of his biggest fans. Branham plays with a big-time motor and big-time purpose. On the defensive end of the floor, he wanted to compete and go at the top rated guys in the field. He D’d up Jonathan Kuminga in the low post and wanted to match his physicality with the 5-star stud. He hit open three-pointers, scored off of two-dribble pull-ups, was smooth when he shot the rock. I’m all in with him.

2021 Wilhelm Breidenbach, PF, 6’9", 200
Mater Dei Rancho | Santa Margarita, CA
Breidenbach was a favorite with the coaches in camp. They raved about his work ethic, his attitude, his willingness to be taught and his overall low key approach. In the game setting, he shined as a producer. At the NBPA Top 100 camp, Breidenbach was more of a producer in a role player space. In this setting, he scored in a variety of ways. He hit a three, he drove and scored with a floater and he finished everything around the rim. He’s a really good/smart passer in the low post and showed he can put the ball on the floor.