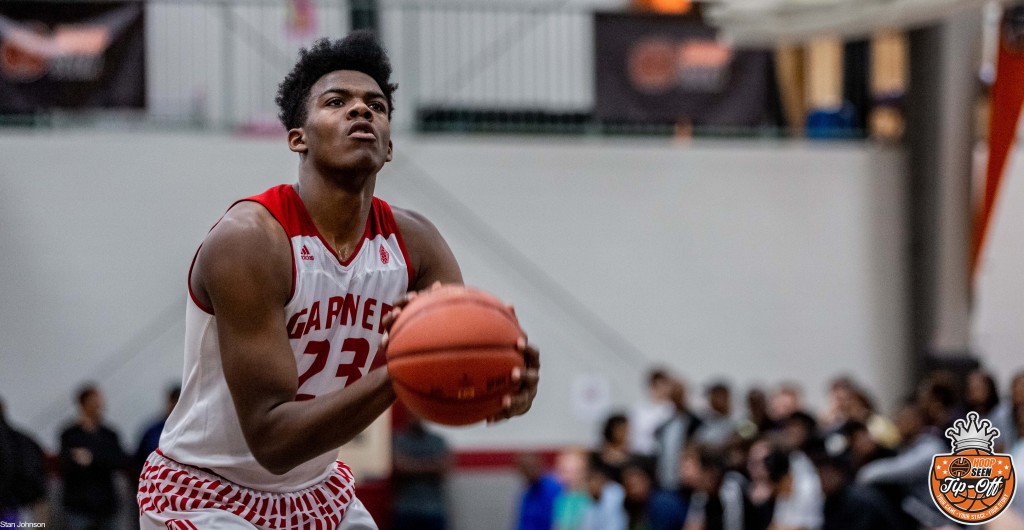 With the 2019 HoopSeen Tip-Off now in the books, it is time to roll out the best of the very best from the weekend. With so much talent in the field, our staff had to debate hard on who the top overall performers in the event were. So, we asked who they thought the best players they saw.

Garner Road’s Day’Ron Sharpe was the clear cut favorite on the top dog while a pair of versatile wings stood out the very most.

Day’Ron Sharpe, Garner Road: A future North Carolina Tar Heel garnered the attention of most everyone in attendance at The HoopSeen Tip-Off just outside of Atlanta over the weekend. Garner Road Basketball Club’s Day’Ron Sharpe simply was just bigger and more powerful than any other prospect. Sharpe led Garner Road to an undefeated weekend while showing his full arsenal of post moves, shot-blocking ability and rebounding ability. Watching Sharpe in the open floor is something that you do not see very often. A player of his stature is not supposed to run the floor like a locomotive and have the touch around the rim of a college-age Sean May (for the younger crowd, the 2005 Final Four MVP at UNC). Sharpe averaged 22.5 points per game over the four-game weekend. - Justin Byerly

Corey Walker, Game Elite JB: We’ve been big fans of his ever since the first time we saw him play several years ago and the growth in his overall game has been fun to watch. Paired against some of the best teams in the South, Walker continues to grow his game. The future Tennessee Vol is a match-up problem as a scoring wing forward. He stretched the floor with his three-point shooting ability. As a rebounder, he got into the paint against bigger players and snatched down boards with ease. Walker is a skilled forward who continues to get better and should really take off once he gets to Knoxville and plays for Rick Barnes. - Justin Young

Matthew Cleveland, Hype Hawks-Travis: It’s not every day that a rising junior snatches top performers honors, but Matthew Cleveland’s great showing made for an exception to the rule. As the Hype Hawks continue to rise as a program, Cleveland continues to elevate his game to higher levels. Every viewing reveals a new move or an improvement in an area that appeared to be fine before the upgrade. His confidence has come around as this time last year it was one of the missing ingredients to a dish that wouldn’t be the same without it. It was fitting that Cleveland’s best scoring game came against the EAB Tigers, a program that was one of the best independent programs to come through a HoopSeen event. As the Hawks are on a mission to fill the void that the Tigers left, the silky smooth scorer will continue to play a huge part in their ascension. - Tai Young