Three top overall 16U performers from the HoopSeen Tip-Off 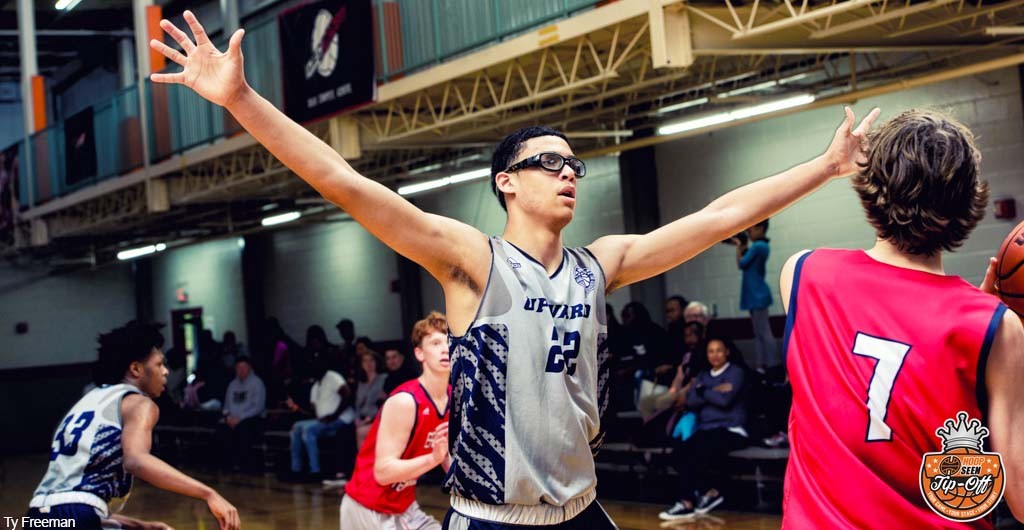 Kaleb Washington, Game Elite: Sometimes an added inch to a players frame will have you wondering if you’re watching a new prospect that you’ve seen going on the 10th time. That was the case when evaluating Game Elite’s 16 and under unit as Kaleb Washington appears to have hit another spurt that I’m sure his future suitors will appreciate. Aside from that there were a few possessions of “wow” that caught my attention as Washington pieced together combinations as a ball handler that were once unseen. Both of those things made putting our 2021 rankings together that more complicated. - Tai Young

Cesare Edwards, Upward Stars SE: This time last year, Myles Tate, Dillon Jones, and PJ Hall all impressed me after my first time evaluating them at our HoopSeen Tip-Off. Assuming that I would have similar luck this year, I took the time to check out Upwards 16 and under group and again, I felt as if I had struck gold. Ceasare Edwards is going to be a name to watch on the three stripes circuit given his size, knack for shot making, and athleticism that pops out in spurts. Basketball minds know how the dynamics of size and shooting can completely change the outlook of the game. Over time as Edwards matures both physically and mentally, look for him to land atop the boards of several mid to high major programs. - Tai Young

Peyton Daniels, Stackhouse Elite: The point guard was the pilot of an undefeated and defensive-minded club that answered the call all weekend long. Daniels continues to make the up turn in his overall skill develop. He’s trending in a positive direction and playing the role of a guy who should warrant top 100 national consideration for the class of 2021. He has the tools to become the next Ahmad Caver, the former Stackhouse point guard who had a dazzling career at Old Dominion. Daniels has a beautiful pull-up jumper, the courage to be an elite defender and ball-handling skills to carve up defenses. Overall, he was outstanding at the HoopSeen Tip-Off. - Justin Young