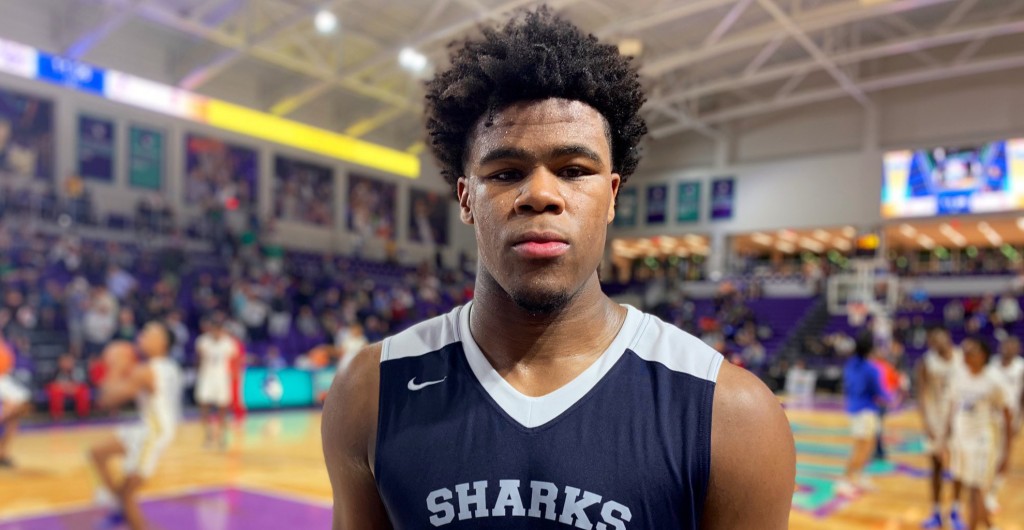 FORT MYERS, FL - Day two at the City of Palms Classic was a one-sided affair all day as the first round separated the contenders from the rest of the pack. In the process, we saw some future McDonald’s All-Americans play up to their reputations.

UNIVERSITY REMAINS ON TOP OF THE CITY OF PALMS FOOD CHAIN

Fort Lauderdale’s University School won the 2017 City of Palms. The bullseye is on them. They know that. So, a first round draw of Vashon (MO) was not for the faint of heart. The St. Louis program is a top 25 national team and not intimidated by anyone.

A healthy 96-69 dismantling of Vashon was a big enough message to tell the field they aren’t shying away from the responsibility of being the defending champs.

Fresh off his commitment to Duke, Vernon Carey, Jr. played like the top big man in the class of 2019. Carey posted 35 points (15-19 FG, 5-7 FT) and 13 rebounds. Carey did whatever he wanted against the Vashon frontline.

He was able to be open partly because of his unmatchable strength but also because elite junior Scottie Barnes was on the floor. Barnes recorded a triple double - 13 points, 10 rebounds, 10 assists and three blocks for good measure. Barnes is one of the most unique players in the country, regardless of class. We compared him to Ben Simmons last year

And this year it feels even truer. That’s just bad news for the rest of the field. Carey, Barnes and University School set their bar very high on Tuesday night.

IMG TOO MUCH TOO HANDLE

There is a clear distinction as to who the top three high school teams are in America. IMG Academy, Montverde Academy and Oak Hill Academy. The trio top all of the unofficial high school polls. That’s understandable. The basketball powerhouses live at the top year in and year out.

The debate remains early into the high school season about which of the three should be the king of the castle this year.

Judging by how they played on Tuesday afternoon in an 82-68 win over Gray Collegiate, IMG sure made their case known as the top dog.

The roster is rich with talent. We’ve discussed that already this season. How they play together is even richer. There is a balance throughout the roster. Anyone can be the go-to guy on any given day. On Tuesday, everyone was the guy.

The Ascenders pass so incredibly well. Every player at every position is skilled in that regard. On Tuesday afternoon, point guard Noah Farrakhan was the gas in the engine. The Jersey guard finished with nine assists and 10 points. Josh Green, an Arizona signee, had seven assists along with his dazzling 22 points. Jeremiah Robinson-Earl, a Villanova signee, had four assists to pair with his 16 points.

Armando Bacot, the North Carolina bound big man, anchored the middle and was darn near perfect.

IMG goes 10 players deep for Division I talent. Any combo of players on the floor can, and more than likely will, beat you.

Are they the top team in America? Right now they might be. Ending the week as the champs will certainly lock them in that coveted spot for the foreseeable future.

For the second straight day, Woodrow Wilson (DC) guard Dimingus Stevens scored well for his squad. The 6-foot-6 junior is a three-point specialist first but he also showed the ability to drive the baseline and score at the rim. Stevens finished with 19 points in his team’s morning win over Riverview. After the game, Stevens said he has offers from Maryland, Oklahoma State, George Mason, James Madison, Louisville, Tulane and Pitt. He said he’s taken official visits to Maryland and Louisville.

Selton Miguel of West Oaks (FL) played a man’s game on Tuesday afternoon to the tune of 19 points. The 6-foot-5 wing guard was a power guard from tip to finish and punished the Booker defense with his aggressive style of play. Miguel said he holds offers from Kansas State, Arkansas State, Iowa State, Florida International, Florida Atlantic and James Madison.

One of the benefits of playing alongside Scottie Barnes and Vernon Carey, Jr. at the University School (FL) is always having clean looks at the rim. Jace Howard, the son of former NBA player Juwan Howard, was the beneficiary of such a thing. The 6-foot-5 junior had a nice game against Vashon, scoring 19 points and grabbing nine rebounds. He said he is hearing from Texas, Yale, Princeton, Dayton, Michigan and Brown (offer). He’s been to Texas and Michigan unofficially.

Gray Collegiate junior forward Jalen DeLoach came out firing to open the game up against IMG Academy. The 6-foot-7 native of South Carolina scored at the rim and then knocked down a corner three-pointer.

Chereef Knox, Imhotep Charter (PA): It was a tale of two halves in Imhotep’s win over Osceola (FL). Knox had a lot to do with it. The 6-foot-6 versatile forward scored 12 of his 14 points in the second stanza and was one of the key factors to Panthers second half run. Knox plays Philly tough and it shouldn’t come as a big surprise that his recruitment reflects that. He said Old Dominion, George Mason and Hofstra have offered and he’s visited. He also noted VCU is in the mix. Knox also said he’s open to any and all schools to come and recruit him.

Tommy Bruner, Gray Collegiate (SC): The 6-foot-1 guard is as steady as they come. The South Carolina native plays with poise and control. He’s a nice mix of scoring and direction. Gray ran into the IMG buzzsaw but there were some good moments from Bruner. He has Hofstra, UNC Wilmington and Furman in his recruitment.