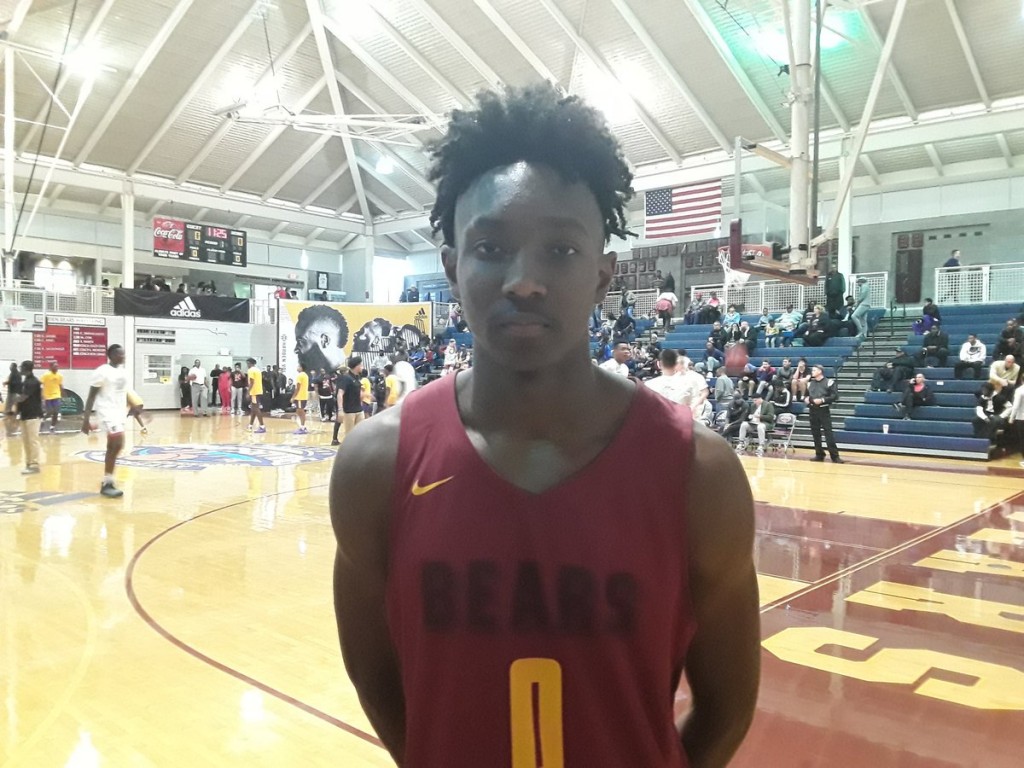 What an eventful two days we all had at this year’s prestigous Holiday Hoopsgiving. Talent from several states poured into Georgia to lock horns in one of the best, and well known events in the country. Despite being fresh off of Thanksgiving, there were some players that quickly shook off the feast to get back to work. There were some nationally known players that improved on their rankings while some budding prospects grew their offer sheet.

A case for the top spot: In his recently written sixty-four things to know before we tip off the high school season, our Justin Young didn’t have an exact answer for what sophomore in Georgia was the best prospect in his class. I now have an answer for him as Chance Moore’s showing at Holiday Hoopsgiving left his peers to jockey for position behind him. There’s a ton to love about this prospect who showed me growth from week to week following his strong outing at this years Hawks Naismith Classic. Here's what I had to say about him in one of my recent "Tai's 5" segment.

"I love when a player comes out in the early season action to make a statement. Chance Moore's play was outstanding on the offense end as one the events few three level scorers. Often times the free throw line is reserved from elite level prospects as they draw the benefit of the doubt from whistle stingy referees. Moore would routinely stick both arms on drives in a James Harden-esque way that would bait defenders in to reach for the ball. Given his length, athleticism, and ability to play in crowds, expect for Moore to penned in for 8-10 free throws a game. With the lack of size on HIES roster, a need for Moore to rebound at a high rate could help his potential as a prospect down the line. It's a burden that few seniors can handle, but this talented prospect could linger around a double-double mark throughout his sophomore campaign."

His scoring will carry him going forward as another 30 point showing cemeted his name atop opposing coaches scouting reports. Soon after watching, Georgia, Xavier, Clemson, and Georgia Tech all offered in what makes a smart decision on their part. Moore is one his way to be a lock as a high major priority.

Best Shooter: It’s easy to see why high major programs have extended offers to Wasatch Academy guard Richie Saunders. Every shot attempt seemed to silence the opposing crowd as they knew their was a strong likely hood of it ripping through the nets. There needs to be a mention of his defensive capabilities as well as he showed off the ability to consistently make life uncomfortable for his matchup. Being far from a pushover will help him over the years as all signs point to him being a solid 3&D prospect. With Saunders having the size, confidence, and a quick release, I would expect more to join the party with Butler, Princeton, and Texas Tech.

Best Signee: Marvin “Tre” Williams is a name that coaches, fans, and scouts alike sung the praises of all weekend long. This supremely confident talent has the skills and toughness needed to compete for a Minnesota team that will be looking to get off to another fast start. When a tough bucket was needed for Wasatch it was often Williams that stepped in for a well timed basket. His shot making was superb as he proved to be more than capable of having a game that will carry over very nicely to the next level. He’s an efficient scorer that makes the most of his touches, and to be listed at 6’4 he plays significantly bigger. I would expect him to compete early on for Richard Pitino’s minutes as he will provide him with another versatile scorer.

A man amongst boys: If there was anyone in Atlanta this weekend that was prepared for a dog fight then it had to be Somerset Academy (FL) wing Dudley Blackwell. He’s a mean spirited driver that’s not going to wait for you to throw the first shoulder of any contest. Every bounce was aggressive as he threw his body into defenders that would have to brace for his bone crushing contact. His ability to rebound and defend in the paint isnt lost on me or the high major programs that have thrown their hat in the ring. Florida, Iowa State, Oklahoma State and Florida Gulf Coast are all said to have offered the Florida prospect in a what could be a battle down the stretch. It's more than fitting given Blackwell's upside.

Most Intriguing prospect: Could anyone argue that JT Thor of Huntington Prep was a no brainer for this category? Thor provided plenty of wow moments as we witnessed a 6’9 forward move in ways that are primarily meant for those that are 5 inches shorter. His movements were fluid as he could contort his body with ease around defenders on his way to tough finishes. A hand up often meant nothing as a long armed and confidently shot attempt from three would often find the bottom of the net. Add to all of this the fact that hes only a sophomore, and you’ll have a player that will compete for the top ranking amongst power forwards in his class.

Best sleeper: There’s a player by the name of Mikale Stephens that coaches seemed to miss the boat on before the early signing period. Not one to jump off at you with any highlight dunks or flashy moves, Stephens game is more predicated to those coaches that want a nuanced guard at the helm of their offense. Eventually at the next level he will be a guy with a well above average assist to turnover ratio given his high IQ and feel for the game. Currently having offers from just Detroit, Hofstra, and Salem International is baffling when looking at several guards that have been taken across the southeastern mid majors. This is going to be a major steal for someone late. His play at the point guard spots allows players like Elias King and Raphael Pizon to use their versatility for a loaded Lincoln Prep unit.