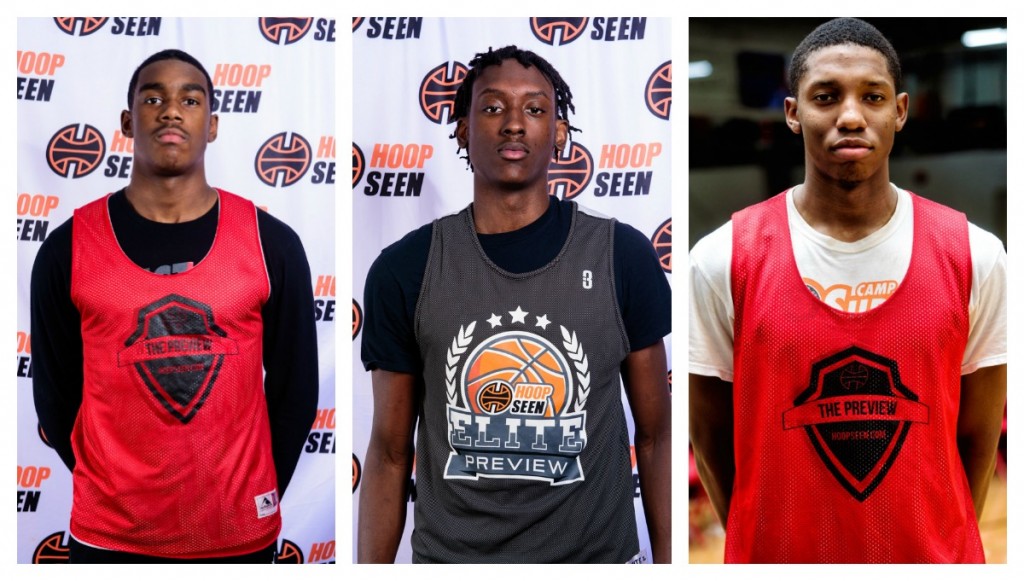 Caleb Byrd, CG, 6-3, Rome, 2020: His high energy was consistent throughout the day and he showed a lot of poise at the point guard position. His ability to score the ball will definitely be huge for Rome High School this season. In the last game of the evening, Byrd finished with 20 points and four assists. Tennessee State and Jacksonville State have already offered him while East Carolina, Virginia Tech, Kennesaw State, and Georgia Tech remain interested. - Bre Singleton

Dallas Howell, F, 6-6, Enterprise (AL), 2020: The skilled lefty has shined as a stretch four man at our camps this fall. He played well again in his role on Sunday in the Peach State. The Alabama native is a versatile inside/outside player. He has a strong upper body and uses his strength to finish with contact at the rim and above the rim. Howell has good post moves and uses both hands well. He can score the three ball off the catch and off the dribble. Howell plays well without the ball in half court and rebounds well out of his area. Love him as a passer in transition, perimeter and out of the post. His feel for the game is top level. - Justin Young

Ahmir Langlais, PF, 6-8, Holy Spirit Prep, 2019: A couple of coast to coast finishes got the ball rolling for this senior prospect on his way to a productive outing. For a talent of his size it very often impressive to watch Langlais squeeze himself through tight spaces to pull off some solid finishes. Langlais has a solid faceup game that he can use along with some back to the basket counters. Despite his current skill set and talent, his ceiling is still one that hasn’t been reached. - Tai Young

Cole Middleton, F, 6-6, Pace Academy, 2021: As the game continues to evolve, forwards that have mid post ball handling and shot making ability continue to be valuable for ball screen offenses. Middleton has the ability to pose a problem for defenses as a forward that can make plays on the move. Once he understands the nuances of short rolls, exploiting rotations and other things that more experienced forwards become have become accustomed to then his niche would be fully found. Middleton’s strong two-handed rebounding makes him seem even bigger than he is as he aggressively goes out of his area. A warrior at heart with the body of a college prospect, expect Middleton to have other offers from that of Georgia State by seasons end. - Tai Young

Lamar Oden, SG/SF, 6-6, Greenforest Christian, 2020: As one of the bigger guards in the building for the Fall Preview, Oden had his full skill set on display. At 6’6, Oden didn’t face many other guards with the ability to match his size and athleticism. He really had it going in his third game of the day, putting up 19 points and snagging seven rebounds. He went on a stretch in that game where he had 10 consecutive points including two three-pointers and a couple of ridiculous dunks. Oden hasn’t accrued much interest amongst college coaches as of yet, but expect that to change as he heads into his junior season. - Bre Singleton