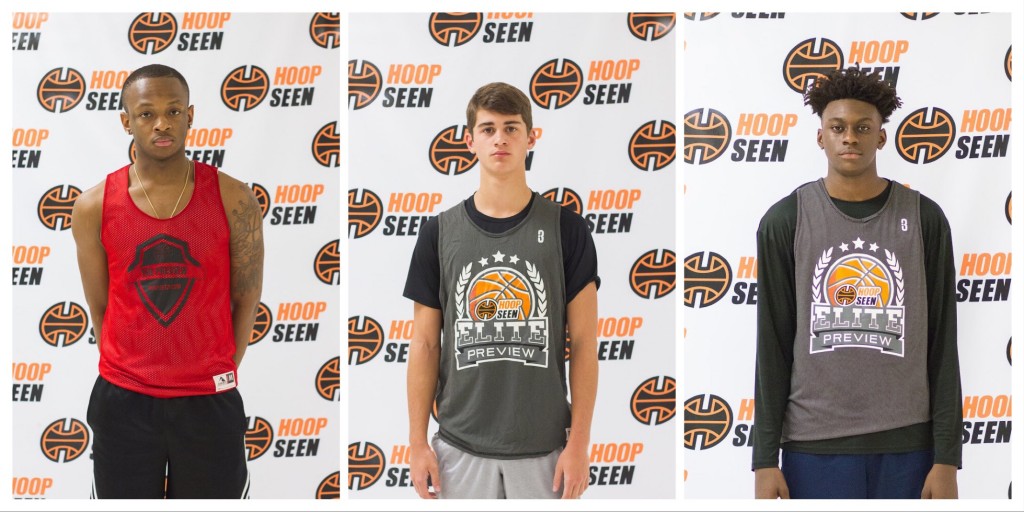 The 2018 Alabama Fall Preview is officially in the books. After a great day of camp with some impressive performances, we asked our staff and coaches to vote on their top performers from the event. Over a dozen people's input was considered. Here is our second of two top performer lists from Sunday at Pelham High School.

Keshawn Murphy, 2021 SF/PF, Ramsay (AL): Murphy tied with Dallas Howell with the most top performer votes amongst our coaches and staff. He was a unanimous pick as one of the top prospects in camp and he showcased it throughout the day. The long, wiry forward continues to grow, and, at 6-foot-8, he has a chance to be one of Alabama's next 'can't miss' prospects. Murphy extends the floor with his shooting ability, and while he can float around the perimeter too much at times, his improvement from the spring to now is evident. With a guard's skill-set in an ideal face-up 4 man's body, Murphy will have his pick among high-major schools when it comes time. He already holds scholarship offers from Alabama, Auburn, and UAB. - Garrett Tucker

Tommy Murr, 2020 PG, Lindsay Lane (AL): After a stellar high school season, Murr burst onto the scene in May at the Bob Gibbons Tournament of Champions with the Nike Elite Stars. His quality performances carried on throughout the summer and into camp on Sunday. The 6-foot-1 point guard was undoubtedly the best passer in camp, as he dazzled with his series of pinpoint, no-look passes over the course of the event. Murr is deceptive with his speed and athleticism, and with a quick first step, he is able to rack up points in a hurry at the rim. Known as a shooter, Murr left his mark on Sunday with his passing and playmaking abilities. - Garrett Tucker

Justin Minter, 2019 CG, Wenonah (AL): One of the biggest questions leaving Pelham High School was “Why doesn’t Justin Minter have more?” It’s a legitimate question based on the day's body of work, as he was one of our more consistent scorers and facilitators. His ability to excel in transition was noticeable in the early action and the production rose from there. His slashing ability allowed him to live at the rim and once there it wasn’t much to be done. Being a 6’4" combo guard provides him with many luxuries that some guards simply don’t have, and he took full advantage. A developing jumpshot adds to his intrigue to an already talented prospect. Minter will make Division 1 staffs question their evaluation process once he’s in their conference. – Tai Young

Jamel King, 2020 SF, Paul Bryant (AL): King didn't have a great shooting day, but he made up for it in other ways on the floor. The long, wiry 6-foot-6 wing was a nightmare on the defensive end of the floor, as he used his wingspan and length to disrupt opposing teams. He deflected many passes throughout the day and contested shots at the rim. King had several blocks against the backboard in transition, too. With his athleticism and length, King is a player that can really thrive in an up-and-down environment. - Garrett Tucker

Brody Peebles, 2021 SG, Hartselle (AL): Peebles has a track record of being labeled as a shooter, and while that was on display on Sunday, it was evident that the sophomore has shifted his focus towards other things to round out his game. The 6-foot-3 guard did an outstanding job of acting as a facilitator and ball-handler for his team, as he consistently set up teammates for scoring opportunities. He has improved at putting the ball on the floor and scoring in a variety of ways at the rim, too. With scholarship offers already on the table from UAB and Alabama-Huntsville, it will be fun to track him this high school season. - Tai Young

Kam Woods, 2020 CG, Pinson Valley (AL): Another player that came into camp known as a shooter and scorer chose to make an impact in a different way was Kam Woods. The 5-foot-9 guard was his usual self with his ability to shoot the ball from behind the arc, but he kept defenders on their toes with his decision-making in pick-and-roll opportunities. Woods used his quickness and slipperiness to get around and through defenders while also delivering perfect passes to rolling big men or open shooters. Woods is making good progress with his development and will be an intriguing guy to watch at 6A Pinson Valley this season. - Garrett Tucker