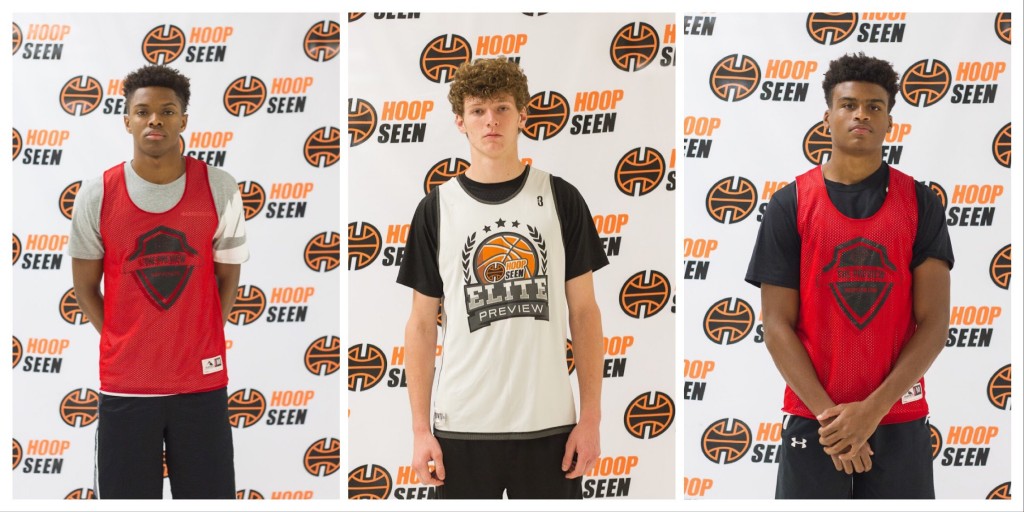 The 2018 Alabama Fall Preview is officially in the books. After a great day of camp with some impressive performances, we asked our staff and coaches to vote on their top performers from the event. Over a dozen people's input was considered. Here is our first of two top performer lists from Sunday at Pelham High School.

Dallas Howell, 2019 PF/SF, Enterprise (AL): The most consistent name thrown around by scouts and coaches alike was Dallas Howell. Several boxes were checked off as Howell has legit size and skill as a playmaking forward. Currently holding offers from Jacksonville State, Saint Louis and Troy, Howell’s upside was as high as anyone’s under our roof. Through three games his effort was consistent as he guarded several positions and altered shots at the rim. His athleticism is certainly up to par with most mid-major forwards that he will face in the future. Although there’s a list of multiple players that will walk away with top performers honors, no one shined more than Dallas Howell. He tied as one of the top vote-getters from our staff. – Tai Young

A.J. McGinnis, 2019 SG, James Clemens (AL): My first viewing of James Clemens High School guard A.J. McGinnis was one that did not disappoint. A good first step allowed him to maneuver past defenders on his way to some effortless finishes. There were possessions that showed his fluidity and ability to craft points out of nothing. When the offense broke down is when he shined the most by taking matters into his own hands. McGinnis' vast array of moves kept defenders off balance which allowed him to show off his 3-level scoring. His value as a scorer aside, McGinnis hasn’t scratched the surface of how he will affect the game in his later years. – Tai Young

Colby Jones, 2020 SG, Mountain Brook (AL): If Sunday was any indication, Colby Jones is beginning to make the ascension with his overall game. At 6-foot-4, the skilled shooting guard has an advanced skill-set and is one of the most polished players in the South. He made shots throughout the day, but he also kept defenders on their toes with his high IQ and ability to get by defenders. With his calm and cool demeanor, Jones was able to get to his spots each time he had the ball in his hands. As a high academic prospect with a 4.1 GPA, it's easy to see why many mid and high-major programs are hot on his trail, particularly Harvard. - Garrett Tucker

B.J. Comer, 2019 CG, Prattville Christian (AL): B.J. Comer walked in with a reputation and seemed to make it a point to validate that label. His long-range shooting coupled with the ability to put the ball on the floor made him unguardable in spurts. It's not out of the question for Comer to raise up from 25 feet and soon follow it with an aggressive drive to the paint. Confidence oozes out of him as he does his work in a quiet yet effective manner. Comer has a Division 1 skill-set that he imposed on others from start to finish. Often times it seemed unfair. His play earned him an offer from Columbia State Community College, and I have to imagine that more are soon to follow. Southeast low majors should be involved as he continues to produce at a consistent level. – Tai Young

Will Shaver, 2022 PF, Oak Mountain (AL): Shaver has taken off in the past few months after a couple of impressive outing at the Under Armour Association Finals and CP3 Elite Camp, and with this being my first extended viewing, it's easy to see why. At 6-foot-8, Shaver has a great set of hands and can move his feet. His skill-set is especially advanced for his age, as he can step out and stretch the floor with his shooting ability or put it on the floor. As a freshman, there are still some aspects of his game that needs to be improved, but I think it's simple to say we are looking at a future high-major big man that will draw some comparisons to former Pelham High School standout Alex Reese, who plays at Alabama now. - Garrett Tucker