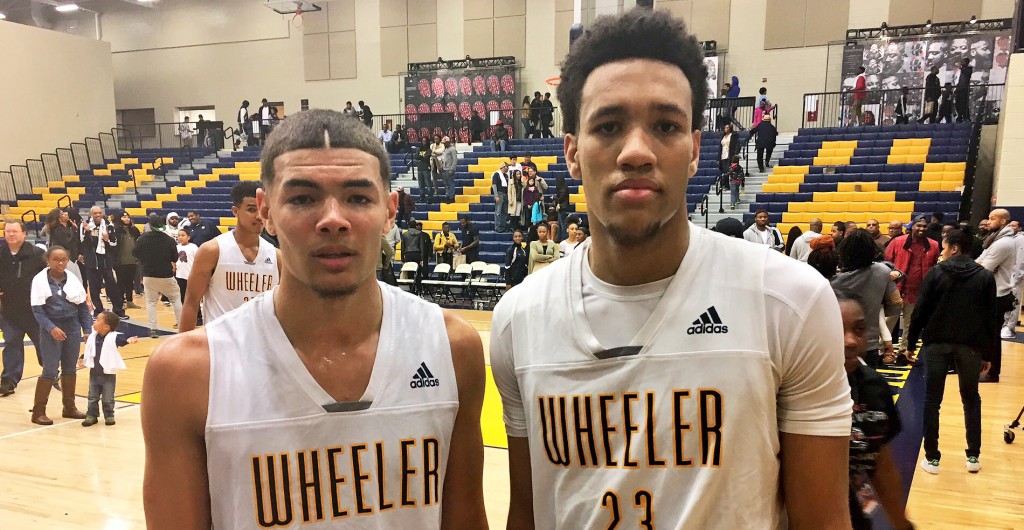 The annual Wheeler Hoops Classic opened up the new 3,000 seat Wildcat Arena in great fanfare and excitement on Saturday. With a sold out crowd, a concert, a full adidas experience and big-time basketball on the hardwood, fans had an eventful day of action on a cold and wet December day. Here are the super five from the Wheeler Hoops Classic.

Collin Sexton, SG, Pebblebrook, 2017 (ALABAMA): There are moments in competition where the great ones see an opportunity to stop the noise. These great ones jump in and take over. The separation from the pack happens. And it happens quickly. Sexton found his moment in the third quarter against Berkmar, a team that did a good job of getting into the future Alabama guard in the first half. But Sexton didn’t mind. He feeds off such competition. And then he took over. Sexton did what he does so well - he finds those opportunities to give the people what they want. He gave them a show. Bang. Three-pointer. Next possession, bang. Another three-pointer. And, bang, there was the game. The separation was evident.

EJ Montgomery, PF/C, Wheeler, 2018 (AUBURN): Paired against the biggest frontline in Georgia, the future Auburn Tiger had himself a night against Greenforest. The class of 2018 big man scored 21 points, 10 rebounds and five blocks. As the game drew on, he became even more effective in the paint. Montgomery scored with confidence and power at the rim. His defense helped neutralize the Greenforest interior scoring and held the defending Class A Private champs to six points in the final quarter of action.

Chuma Okeke, PF, Westlake, 2017 (AUBURN/pictured above): The future Auburn Tiger has lived in this space of top performers nearly every time we cover him in an event. And understandably so. The 6-foot-7 forward plays like you’d want your future college four man to play. Westlake is at it’s best when he’s the go-to option on offense. Okeke is a terrific rebounder with great instincts and an uncanny nose for the ball. When it came time to take the game over against a feisty SACA team that seemed to always have an answer, Okeke made a punishing play to the opposition. He’s quietly developed his killer instinct and willed his team to the win on Saturday.

Jordan Usher, SF, Wheeler, 2017 (SOUTHERN CAL/pictured above): In his first game at Wheeler, the future Southern Cal forward played with purpose and energy throughout the contest. He scored tough shots and played well above the rim. Usher was the energy man in a game that required max effort for victory. He incited the home crowd with his thundering plays at the rim. Usher shines in a setting like the one the Wildcats played on Saturday night. When the energy is high, Usher’s game is on point. He finished with 19 points and 10 rebounds in the win.

Lorenzo McGhee, SG, Columbia, 2018: The 6-foot-3 guard is a tough-as-nails producer from the two guard spot. He’s a good to great rebounder for his position. On this balanced and talented Columbia team, players have to find their space to add value to the rotation. The junior did his part on the defensive end and on the glass. He plays a college style game and won’t shy away from competition. McGhee said he’s hearing from Georgia Southern, South Alabama, Radford, UNC Greensboro and Vanderbilt.