Best of the South: Alabama Standouts 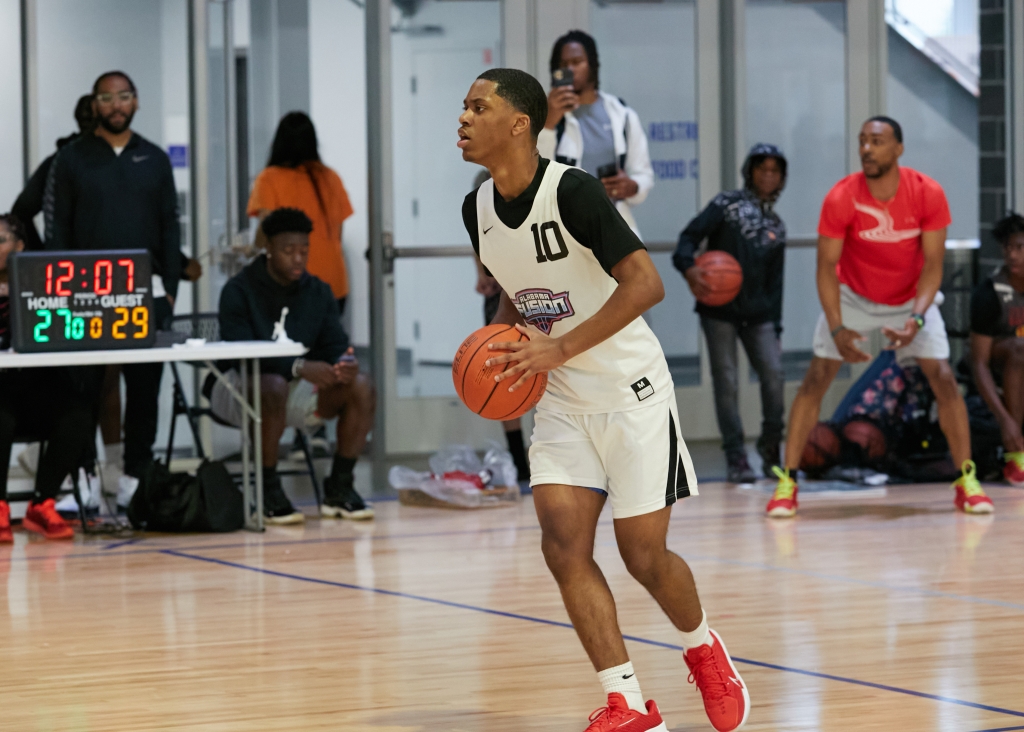 Best of the South: Alabama Standouts

Best of the South always brings out some of the best independent teams around the Southeast and the players from Alabama always come through and leave their footprint.

Here are the top Alabama players that stood out at BOTS.

Caleb White, Alabama Fusion 2024: White never ceases to amaze me with his skills on the floor. His ability to shift gears while driving into the lane is mindblowing; White plays with a lot of energy and has some of the best ball handling in the state. He has quick hands on defense and is definitely a player to battle in the paint for rebounds with the best of them. Something that caught my attention at BOTS was his incredible passing; his timing was right on and he always knew where to find his teammates.

Jamicah Adair, All Alabama 2024: Adair has continued to grow from the point position and did a solid job running the show for All Alabama at BOTS. At 6-foot Adair plays with a lot of toughness and does an unbelievable job of running the show on the floor. He’s very crafty getting into the lane and does a great job finishing through contact. He has swift handles and an excellent pull-up jumper.

Demarreon Baldwin, Iron City Huskies ‘23 - Baldwin was one of my stock risers from BOTS, read more on the latest edition of The Warm-Up: https://hoopseen.com/national/news/column/202207/warm-best-south-recap

Korbin Long, Iron City ‘23: Long played incredibly well for Iron City at BOTS and was one of the leading guys that took them on an amazing run in the bracket play. His speed with the rock is what stood out the most, he made it very difficult for defenders to cut him off attacking the rim. Long has a nice flow to his game and is a phenomenal passer as he constantly puts his teammates in good positions to score.

Peyton Wiggins, Alabama Fusion ‘25: As a 6-foot-2 guard from Huffman high, Wiggins has been one of the most consistent young players I have seen this year and that momentum has carried over to the travel season. Wiggins has a very solid IQ for the game and is patient with his decision making on the floor. His passes are swift, and he has a nice pull-up jumper.

ASHTON MAGEE, Alabama Fusion ‘25: First thing that caught my attention from this 6-foot-6 forward was how hard he played on both ends of the floor. Magee plays very physical and solid moves around the post. He has clean handles and does a great job getting to the basket. Just from watching this kid throughout the weekend, you can tell he loves the game and will do what’s needed to win.

JACOBE WHITTED, Alabama Fusion ‘25: Whitted never disappoints on the court with his incredible hustle and hard play. He has great size at the forward position and understands his role on the floor. Whitted can be a monster crashing the boards and with his solid frame, not many are willing to jump with this kid. He’s consistent with finishing around the rim and is the player to count on to clean up missed shots.

Salim London, Alabama Fusion - Salim London has been one of my favorite young guards to watch this summer. Check out what I had to say in the latest edition of The Warm- Up: https://hoopseen.com/national/news/column/202207/warm-best-south-recap