The Warm Up: Best of the South Recap 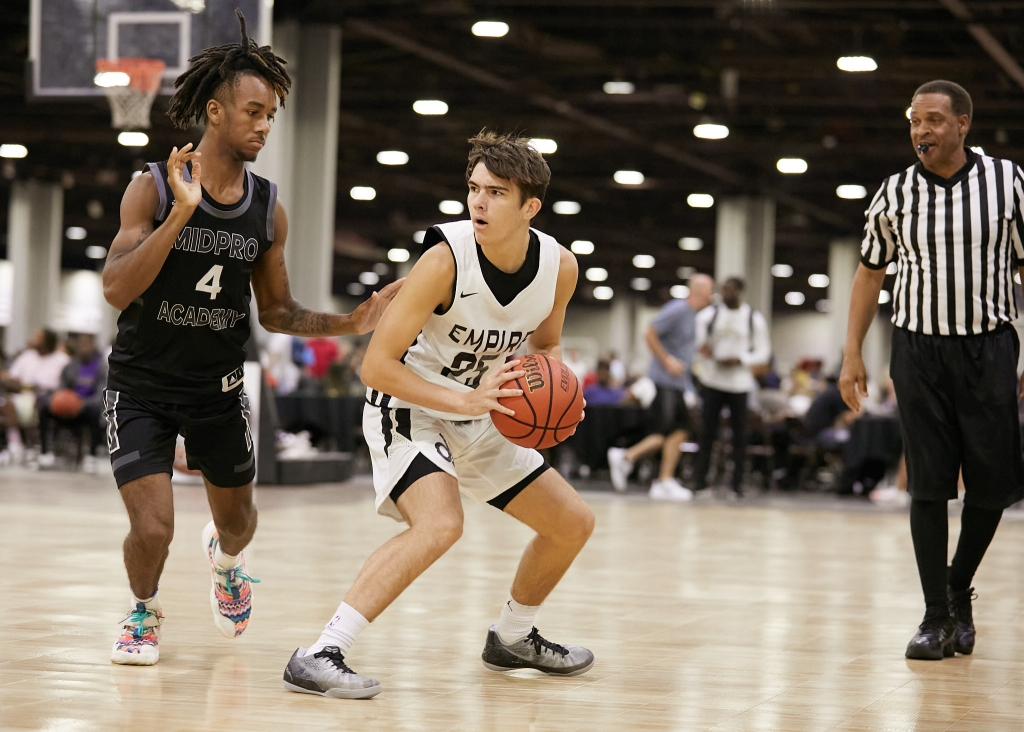 The Warm Up: Best of the South Recap

Another year of Best of the South is in the books, and what better way to revive The Warm-Up with a breakdown of some of the best guards and forwards throughout the weekend. I will also point out a few stock risers that caught my eye.

Here’s a recap from this year’s Best of South tournament.

Jaiquan Holman, The Illinois Predators Elite - The Illinois Predators Elite brought some serious ballers to Best of the South, and the youngest kid on the team had quite a performance that deserved some recognition. 5-foot-11 guard Jaiquan Holman put up the best scoring performance of the weekend, dropping a massive 41 points in a blowout victory. Holman is just an offensive juggernaut who can get to the basket with his smooth handles and has a nice shot. If he continues to work, there’s a chance this kid could be something truly special.

Gregory Lawson, The Program - Coming all the way down from Michigan was 6-foot-1 guard Gregory Lawson. This kid was truly something to watch; he’s a slasher and attacks the rim like no other. Once Lawson gets going, it’s no way of turning off that switch. In a solid win over All-Alabama, he dropped 28 points while knocking down four threes. Lawson plays with a lot of heart and can do that same play on the defensive end.

Devaki Garr, Tennessee Tiger - Over the summer, Devaki Garr has been one of my favorite guards to watch simply because you never know when he will go off. This kid plays extremely hard and with a chip to prove that he can ball with the best of them. His speed separates Garr from other guards; he’s a nightmare for defenders to maintain. His shooting is light out, and when he gets into a rhythm, people are certainly lined up for a great performance.

Salim London, Alabama Fusion - From the beginning of the travel season to now, Salim London has gotten better each time he stepped on the floor. The Alabama Fusion 15u team has played up the entire year, and with this kid being the primary playmaker, one wouldn’t even notice. Besides being one the best shooters in the state, London has proven to be unstoppable in getting to the basket. He always seems to know when to strike the defense, and his speed in transition is next level. I have seen great improvement in his defense, he is more aggressive, and his awareness has taken a great step forward.

Kuol Atak, 3D Empire: Standing at 6-foot-8, Kuol Atak was not just an average big playing around the post; he did most of his playmaking off the wing. He’s an incredible shooter and didn’t mind expanding his range beyond the line. I was very impressed by Atak's ability to put the ball on the floor, and having solid handles at that size makes him unpredictable. I believe his ceiling is extremely high, and he’s a player coaches should take an interest in.

Elijah Bennett, Indiana Rise - Elijah Bennett was a primetime player for the Indiana Rise 15u team. Standing at 6-foot-4, Bennett was the cleanup guy around the rim, tipping back in many shots off the glass. He plays with great energy, and the team flowed very well whenever he was on the floor. Bennett is a strong finisher, and his ability to draw the foul was pretty good.

The evolution of the big man position has evolved over the years where they are expected to have some guard tendencies, and Spencer Ahrens has embraced the change with his style of play. This kid caught many eyes at Best of the South which is a no-brainer seeing a 6-foot-9 15u kid. Ahrens moves like a guard on the court with his quick feet and smooth handles. He knows how to use his size to his advantage going in for the rebounds or scoring over smaller defenders. Ahrens should be on many coaches' radars as a quick riser for the class of 2025.

6-foot-9 Sam Funches was brought to my attention by Mississippi scout Telante’ Webber, and he talked big about this kid, and I must say he was right on with this one. Funches plays big and above the rim with his incredible size for a 14-year-old. I was very impressed by the post moves and his ability to knock down shots at the top of the key. Trying to outrebound this kid is just an unnecessary task

At last year’s Best of the South, I saw one of the best shooting performances from The Citadel commit Colby McAlister. I never thought I would see another kid go off, but that just shows how much magic happens at Best of the South. With his incredible play, Niko Lucero of 3D Empire’s 2024 squad had the biggest stock rising this past weekend. This 6-foot guard exploded with the best shooting performance I have seen all season. He definitely brought out that Mamba Mentality and was locked in hitting nine threes. No matter the play, this kid found a way to get his shot off; whether it was using the screen or creating space with his solid handles, Lucero was surely the best I saw throughout the weekend.

Demarreon Baldwin of the Iron City Huskies has been a focus of mine since the Atlanta Jam. I knew he was tough and played hard, but I wanted to do more. This past weekend Baldwin showed me that he was the complete package. He’s strong offensively and is just as tough on the defensive end. Baldwin is crafty getting into the lane and has a solid jumper from beyond the arch. One game that impressed me the most was his will to win, and he made the extra pass for the game-winning basket. This showed tremendous leadership and just how much of a threat he is on the floor.

6-foot-6 forward Jack Carter was already on my radar from this year’s elite camp at the University of Birmingham - Huntsville. He showed me great flashes from the guard position, but this past weekend he showed that his game was more versatile than I thought. With his fantastic speed with the rock, Carter plays very competitively and is a monster in transition. He finishes strong around the rim and has a nice jumper above the key.