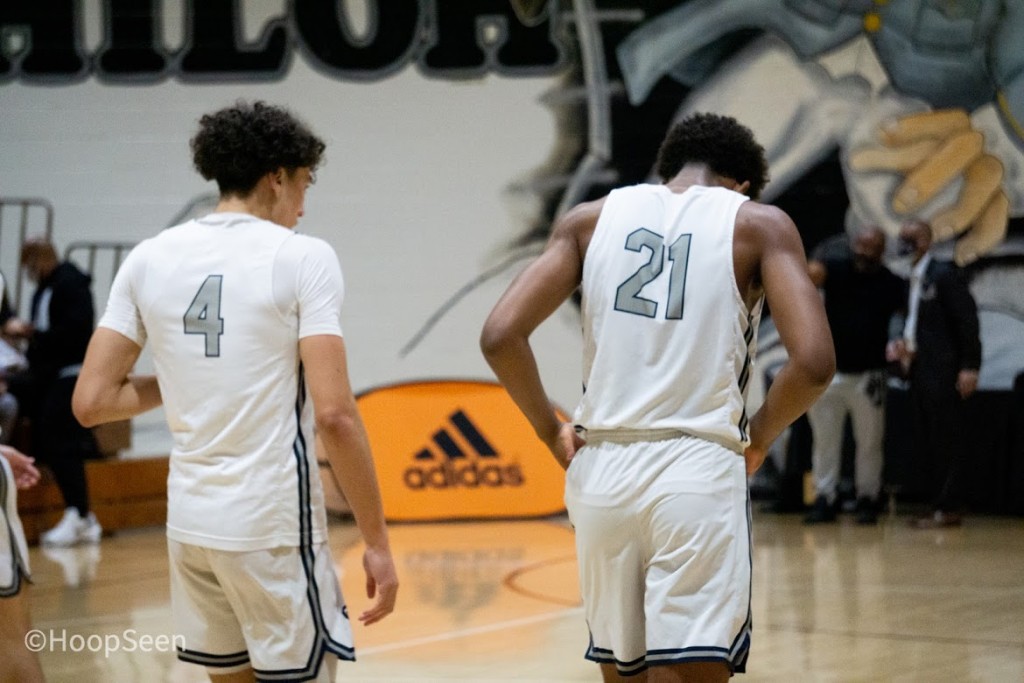 In the 1A Private Championship rematch from a year ago, a trip to the Final Four was on the line and this one came down to the wire. St. Francis was able to hold off Greenforest to win it 65-63. Here are some takeaways from the game.

This was the first time I have seen Holt play since the HoopsGiving event in November and man was I impressed. The Alabama signee made a ton of huge plays for the Knights that led to their win, finishing with 29 points and 13 rebounds. At 6-foot-6, he has tremendous size that enables him to score in a plethora of ways. He is crafty off the dribble, can shoot it from deep range, and has a lot of bounce. The thing I like most about his game is the way he defends and crashes the boards. You do not see many "scorers" play both ways with a high motor. That activity level he plays with is going to help a lot as he transitions to the next level. Holt will have to continue to play big to get St. Francis back into the championship game.

The Knights came into this Elite Eight matchup as the underdogs against top-ranked Greenforest. Greenforest has been dominant all season with the likes of Chase Cormier, Gai Chol, Jaylen Jackson, and Jalen Forrest. St. Francis had a tall task in front of them, especially with the absence of high scoring junior Seth Hubbard who has been out due to injury. The role players stepped up big time against Greenforest. Senior Toby Gaynes was relentless. He was aggressive and looked to score whenever he got the ball. He went up against the Greenforest 7-footers and converted on the majority of those attempts. Gaynes took care of the ball down the stretch and made the right plays. Kai Simmons and Drew Robinson had solid games as well with both finishing with nine points. Greenforest made plays to get back into the game, but St. Francis locked in on defense and made big stops, including one in the final possession.

Junior Jalen Forrest was the best player on the floor for Greenforest last night. The 6-foot-3 CG plays with a lot physicality and has the ability to score inside-out. He was a big reason why the Eagles were able to stay in the game. He knocked down big shots to stop the Knights' run on multiple occassions. He did not stop playing until that final buzzer went off. Forrest gets after it on defense and is a playmaker. He finished with 23 points to lead Greenforest. With offers from Mercer, UAB, his recruitment could rise this travel season.