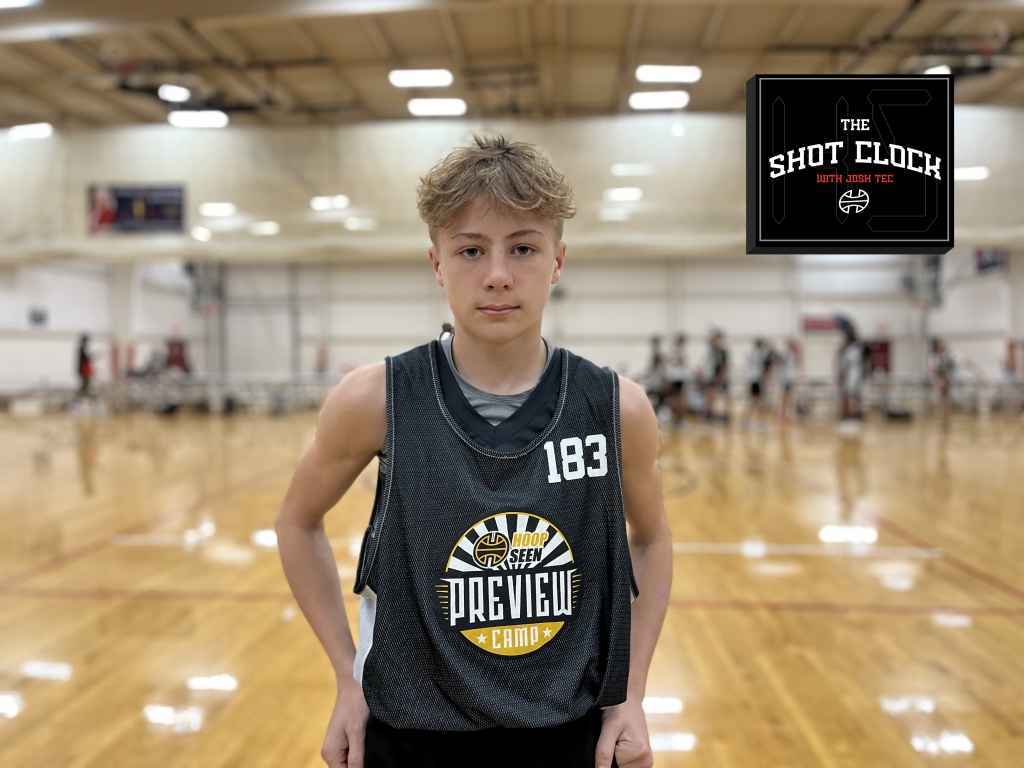 Welcome back to another edition of The Shot Clock. After taking some time off, I have returned from a trip to California to visit the Tec family. The even better news is that I have also acquired a new car that isn’t on the verge of exploding, so I’ll be back out on the road in full force. Let’s get some miles on this thing.

I’ll post this on Twitter as well but hit me with workouts that I need to check out. I’m ready to get back in gyms around the area.

This week’s Shot Clock covers a lot. College coaches are going to be out and about again, Georgia’s rankings have been updated, and HoopSeen’s NextGen preview was on Sunday.

Let’s dive into it.

Coaches are back on the road

The fall recruiting period is upon us. This time of year can be a bit murky for the more casual observers, but 247 Sports’ Adam Finkelstein breaks it all succinctly.

The crux of the matter is that this evaluation period shows which schools are truly prioritizing which players.

With college coaches hitting the road in full force again, workouts across Georgia will be popular destinations. Plenty of coaches have already dropped in on their most sought-after recruits.

Here are some of the schools that have made trips to the Peach State thus far:

Cincinnati, USC and Michigan were in to see Wheeler’s Isaiah Collier. These are three of the schools putting on the full-court press to get to top guard in the 2023 class, and they make up three of his final four schools. UCLA is the other one oh his list.

Wheeler’s Arrinten Page drew a crowd as well. In what could potentially be a package deal with Collier, Cincinnati and USC are also making strong pushes for Page. Indiana is as well, and the Hoosiers were among the many to stop by Wheeler. Missouri also offered Page and visited on Friday.

While in town, Indiana paid a visit to Newton to check in with Hoosier signee Jakai Newton.

Per reports, Missouri was also said to have visited Kell to see Peyton Marshall. The 7-footer also announced a visit to Auburn this coming weekend on September 16.

TSF was a hotspot for coaches on Friday. They were visited by Georgia Tech, Missouri, Mississippi State, George Mason, Indiana State, Bradley, Jacksonville State, Tulane and South Alabama per their Twitter account.

One more spot of note was Grayson. The Rams saw Georgia Tech, Stanford, Georgia, and a host of mid-majors. Grayson guard Gicarri Harris has offers from the aforementioned schools and appears to be a 2024 priority for them.

Check back here next week for another round-up of which schools have been around Georgia.

Anyway, the Georgia rankings have been updated across the board from 2023 to 2025. A 2026 watchlist is coming soon.

Some of the biggest risers in the updates:

AJ Patterson impressed in June with Mount Vernon and saw a climb to No. 35 in the 2023 update. If we’re being honest, that might turn out to be a little low. He could keep climbing throughout the high school season. Patterson has good size at the point guard spot and impacts the game on multiple levels. He’ll be on triple-double watch more than a few times this season with the Mustangs. He’s continued to develop into a player that coaches need to get eyes on, so I have no reason to doubt that his ascent will continue throughout the winter.

BCB saw several players soar up and into the rankings. Jadon Yeh now checks in at No. 31 after a productive year. He’s certainly emerged as one of the state’s best available guards. A pair of North Gwinnett seniors cracked the list and are both in the top 85. Blake Seitz and Julian Walker were stockrisers over the spring and summer with BCB and the Bulldogs. The pair will look to carry the torch left by a tremendous graduating class at North Gwinnett. Judging off what we saw from them on the travel circuit, they’ll do just fine.

In the 2024 class, Derrion Reid and Gicarri Harris have to be discussed as two of the biggest risers. They both had as good of summers as anyone and have risen into our national rankings for the class. Both are now in the top 10 in the state and would both be top five players if we were to filter out OTE signees.

Kell has a pair of risers as well. Peyton Marshall has emerged as a national prospect and has risen into our top 10 in Georgia as well as our top 100 nationally. The 7-footer pairs well with guard CJ Brown who could be the state’s most athletic at his position in the class. Brown has risen to No. 12 in the recent update, and there’s a path for him to be even higher with a good fall.

Well, everyone in 2025 is a riser since this is our first significant rankings publication for the class, but Lawrence Sanford made a lasting impression in June and could be someone that eventually rises beyond his current No. 21 ranking. He’s a gifted scorer who can explode offensively. Look out for him to have a big season with Cherokee.

A few guys on my watchlist:

I didn’t get to see Jay Boyd as often as others over the spring and summer, but I followed his efforts from afar. When I did get to see him in June, he impressed with Hiram. Boyd rose into the top 40 of the 2023 rankings. At No. 38, we’re likely too low on him right now based on his continued production, but with some more in-person viewings, he should see a rise in the next update if he keeps up what he’s been doing.

For 2024, Kymel Williams is someone that I need to see again. At the GBCA camp in June, I got to see him with Athens Academy, but that was my only in-person sample. He showed enough then and on film to slot in at No. 36, but he could be someone that climbs sooner than later.

Everyone in 2025 is on my watchlist essentially. As we move forward, the class will become more of a priority, and we’ll have more data inputs to reflect on for the next update. The HoopSeen Elite Preview camp will be critical in ranking 2025 players. Invites to that have started to go out and will continue to be sent out over the coming weeks.

Just know that these will be updated again at the end of the camp season and before the high school season. Another update will come around the first of the year.

If anyone is missing, please tweet at HoopSeen or HoopSeenGA. I can already spot some gaps in the 2025 class, so I’m sure you guys can spot even more omissions. We don’t get things perfect, but we reference and cross reference as many sources as possible in order to limit misses.

Sunday marked the start of HoopSeen’s camp season. To kick things off, the NextGen preview camp saw a number of the region’s best middle school prospects take the floor.

Content from the camp will be coming out throughout the week, but I wanted to give a brief recap of some of the best players I saw.

Grant Robich has been among the best players at this camp for the last two years. Next year, he’ll be a freshman, so his crown will be left for someone else to seize. Robich is a skilled guard with plenty of confidence and leadership qualities. He uses a tight handle and speed to get to his spots. Robich is a high-level scorer with deep range on his jumper. He’s a 2027 player to make note of in Georgia.

Like Robich, Ryan Wingard has been a standout at the camp both this year and last year. The Tennessee wing has leveled up since last year though. He’s gotten bigger and more athletic. He looks like a high school wing right now. Wingard was impossible to stop in his pursuit of the basket. Overall, I can’t think of an aspect of the game in which he didn’t excel on Sunday.

Christian Dixon was the best, most tenacious defender I saw. He thrived as a scorer and offensive creator too, but his aggression on defense was what will stick with me most. Dixon is a multi-positional defender that can neutralize the opposing team’s best player.

Chase Lumpkin was Robich’s backcourt partner throughout camp and played well with him. Lumpkin checked every box from the guard spot. He has a well-rounded offensive skillset and showed three-level scoring in addition to smart decision-making and great court vision. Defensively, he generated deflections and made opposing ballhandlers uncomfortable. Lumpkin has a bright future.

We’ve already seen quality middle schoolers at the NextGen camp, and we’re looking forward to continuing our run through the southeast in Alabama this coming weekend. 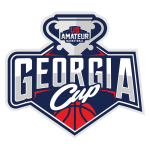