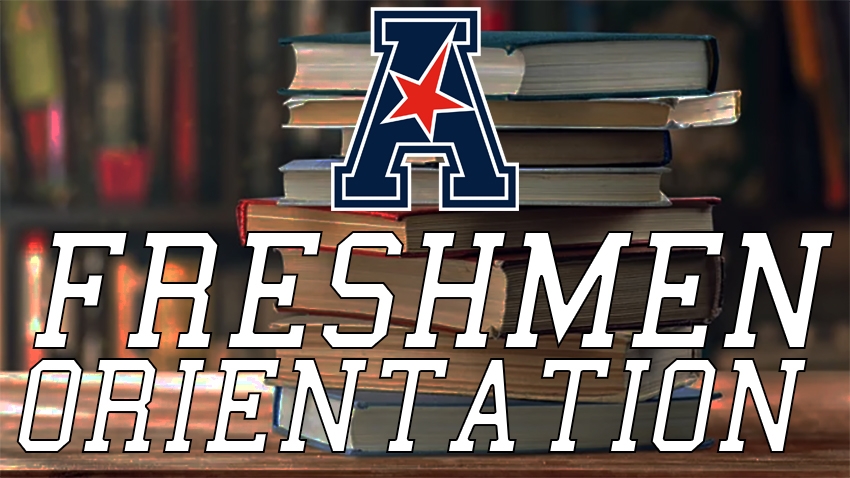 With freshmen unpacking their bags and getting settled into college, we wanted to take a deeper look at the incoming classes in college hoops. In this edition of FRESHMEN ORIENTATION, we take a look at the best players, the impressive classes, the guys who could be the talk of the league, HoopSeen hoopers and more.

Let’s get into the American.

Who are the top players at every position coming into the American Conference straight from high school? These are our staff picks.

Take your pick with any of the Houston freshmen. Seriously. What a haul for the Cougars and what a class to grow with.

From a rankings point-of-view, Jerace Walker will be the dude to watch more than anyone. He finished as the No. 16 ranked high school player in America. Walker comes to college physically fit and ready to impose a physical brand of basketball that feels quite familiar for UH faithful. He’s big, strong, mean when he needs to be and finely tuned thanks to the physical regimen that he got while at IMG.

Walker will be ready to play and he embodies what Houston basketball is all about. The fanbase should absolutely be smitten with him from the outset.

THE CLASS THAT WE LOVE

Houston. Duh. The aforementioned Walker, Terrence Arceneaux and Emanuel Sharp make for one insane trio to grow with. All three guys have All-Conference potential. Each player has a value that gets them onto the floor right away.

Houston recruits the players that fit their style of play as good as any program in the nation. This group checks all of the boxes. As noted above, Walker is a physical force at the four spot that is hard to guard. He won’t be like a normal first-year college player.

Arceneaux could be a pro prospect by the time it is all said and done. He could be better than his No. 29 HoopSeen rating coming out of high school. Every class has a handful of players that rank outside who far exceed their ranking. No one fits this possibility more than Arceneaux.

If you play fantasy basketball, Sharp will be a player that fills up your box score with a variety of points. He’s a jack of all trades on the hardwood. The guard from Florida has a versatile game that allows him to be on the floor in a variety of roles. Both Walker and Arceneaux could be early NBA entrant candidates. Sharp, however, could be one of the best four-year players in the Sampson era.

The Bearcats of Cincinnati have a roster built for the postseason and the trio of freshmen on the roster will have to pick their spots to help in year one. This current is built to win now, not later.

That bodes well for instant impact minutes and sustainable success. Of the rookies, shooting guard Daniel Skillings will be in the positon to see the floor the most. A top 135 national recruit from the Philly powerhouse Roman Catholic, Skillings will have to crack an experienced lineup to see court time. When he makes it onto the floor, he could be the perfect quick-minute spark in the second semester of action.

Josh Reed, a Georgia state champ from Pace Academy, is a power wing who will also make a bigger impact on the glass and second chance opportunities.

Sage Toletino, a 7-foot big man who was committed to Auburn at one point, gives the team a long-term big man to develop and grow into a shot-blocker and pick and pop scorer.

Taylor Hendricks grew up on our HoopSeen platform. Dating back to pre-high school days we saw the long and lean Floridian grow from a “he’s gonna be good” as a middle schooler to a legitimate pro level prospect coming into the college chapters of his playing career.

Hendricks plays for Nike Team Florida and Florida PRO on our stage and was a multiple top performer and accolade prospect at several events.

We have him rated as the No. 52 ranked player in the class of 2022, that’s higher than the industry average. We feel strongly about that position and believe his best days are still yet to come.

There is a real opportunity at Central Florida for a step-in and impact this season. Hendricks could be in a great position to be one of the best freshmen in the nation this season.

New Tulsa head mad Eric Konkol has a trio of freshmen who could all see time right away in year one for the Golden Hurricane.

Jesaiah McWright, a strong 6-foot-4 wing, and BB Knight, a 6-foot-4 shooting sniper, come from the loaded Houston, Texas prep scene. Both should see big minutes right away and both could be significant players in the rotation sooner than later. Knight could be one of the best shooters in the league right away.

Big man Charles Chukwu could also play right away. The 6-foot-8 post player, another Texan, will challenge the upperclassmen from the outset and don’t be surprised to see him develop into a regular in the rotation by the time the heart of conference play comes around.

This is a class that you can grow with at Tulsa.

TWO DEEP CUT PLAYERS YOU SHOULD KEEP AN EYE ON

Ezra Ausar, East Carolina - We are quite familiar with the former Atlanta area prep star. We’ve seen the good moments, and we mean the really good ones. There are times when we thought he looked like a no-brainer top 100 national prospect. So, there’s that. He’s got the size - now listed at 6-foot-9 - and high ceiling potential on offense. If he can improve on defense, he could prove to be one of the league’s best interior threats.

Percy Daniels, Tulane  - An in-state big man who originally committed to Seton Hall and the roster needed some size inside. In most good Ron Hunter-led teams, there is a big strong presence in the middle who can be a rebounder and vertical presence on defense.