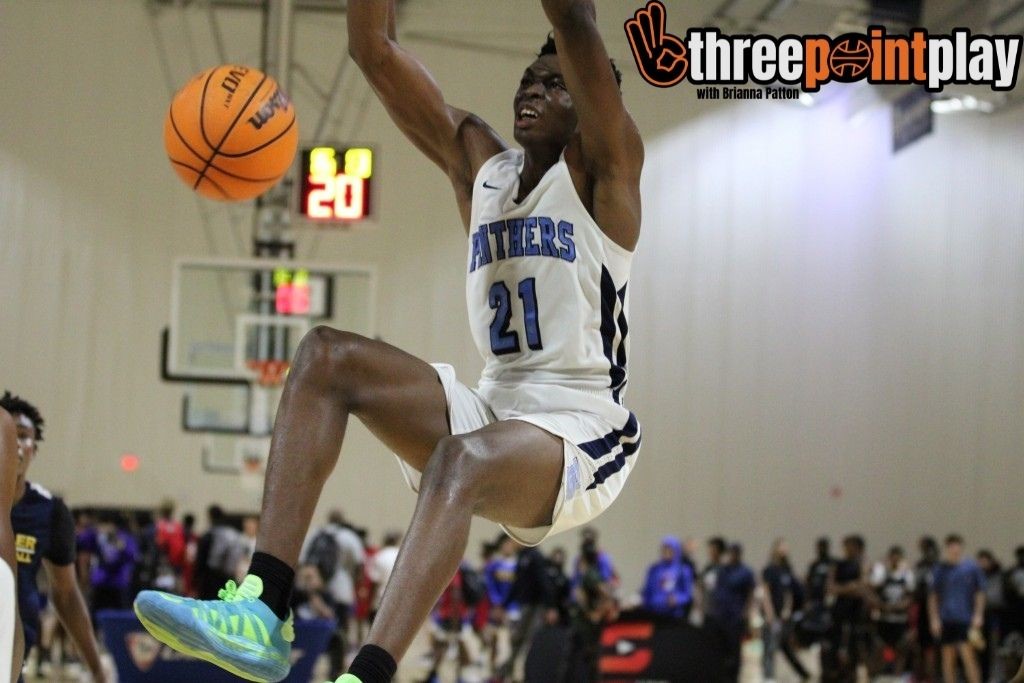 To be quite frank with everyone, this move to Florida has been overwhelming. Coming out here to pursue a dual masters degree has been a struggle within itself, but also trying to navigate the huge basketball landscape in the talented state of Florida. My class schedule along with working has prevented me from getting out and about much during the preseason. However, with the season about to be full throttle, I'm looking forward to getting out and seeing some games. This Three Point Play column will be a consistent occurrence moving forward. This week, I will talk about my observations from the Dr. Phillips Pre Season Classic and some match ups to look forward to Turkey weekend.

"Those boys are different"

"These boys are different," is a phrase I heard a plethora of times on Friday in regard to the Dr. Phillips Panthers. Coming off their first state championship, they made it clear their goal is to not only repeat, but be considered the top public school in the country. They seem to be off to a good start led by three Division I signees in Ernest Udeh Jr., Riley Kugel, and Denzel Aberdeen. With the talent they have between those three, I still believe sophomore Jordan Tillery will be the X-factor. I am more and more impressed with him each time I watch him. The amount he has improved in such a short period of time is fascinating. He made a number of nice moves off the dribble, knocked down open triples, and attempted a dunk that was super close to being a ridiculous poster. Udeh was his usual, dominant and active self. His relentless motor on the boards is going to have the Kansas fans in awe. Both Kugel and Aberdeen are huge sleepers in the 2022 class and have a chance to make a quick splash in the SEC next year. The two wings are athletic, smooth off the dribble, and have nice range.

Other Observations from the Dr. Philips Pre Season Classic

When Fleming Island first walked out on to the court to face Dr. Philips, the first thing that jumped out at me was their small size; especially that of Bennie McDuffie. When I tell you this kid cannot be more than 5-foot-6, that may be generous - but boy, did he give Dr. Philips all that he could handle. He was the catalyst that kept his team in the game whenever Dr. Philips looked like they were about to run away with it. He made plays left and right off the dribble and knocked down big shots when his team needed it the most. Fleming Island as a whole surprised me with their effort. This team moves the ball extremely well and has a few sharp shooters to surround the perimeter. Ahman Greenidge was also impressive on his way to an 11-point performance.

I was also able to catch CFCA, who had a convincing 72-44 win over Harmony. The Eagles boast a solid group of guards and athletes.

The Thanksgiving Day events and match ups around the state will have basketball fans salivating. I unfortunately will not be able to attend any games in person while I am in Mexico with the UCF women's basketball team, but I will be heavily on SUVtv and other streaming services. Here are some of those matchups and events to be looking forward to:

The Florida Get Down will be hosting a two day event beginning Friday. All of the action will be on SUVtv and tickets and the schedule can be found below.

Matchups have been officially finalized for #Floridagetdown on Nov. 26-27, 2021 at Orlando Christian Prep!!!
The most elite teams will be facing off🔥🔥🔥
What matchup has you most excited?👀
Catch all of the action on @SUVtv
Get your tickets at https://t.co/r94EiO0tl3 pic.twitter.com/vfAv2bZSr9

Holiday Hoopsgiving in Atlanta will feature Montverde taking on Wheeler and Real Salt Lake. Bishop Snyder will be taking on Carmel Christian and Augusta Christian.

As I am winding down from my first semester and learning how to navigate Florida, please DM me with any schedules. I would love to get as many schedules as I can.