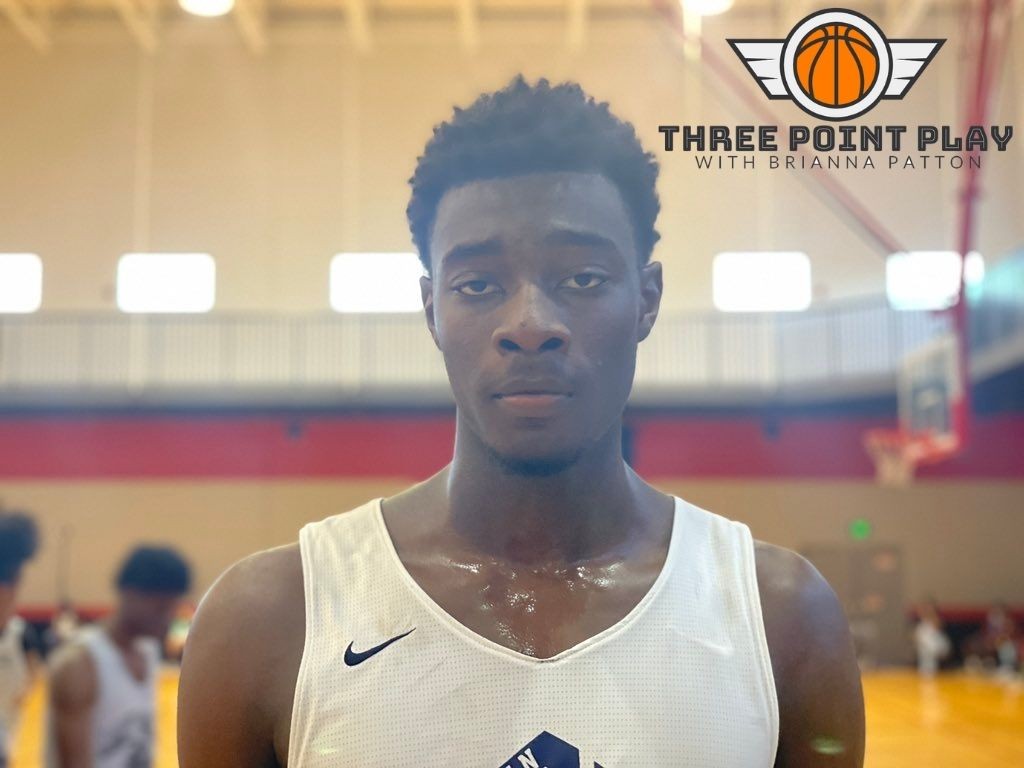 We are back with another edition of my Three Point Play. This week, I'm going to discuss some players that stood out in the past weekend's Hoop Exchange event. The event featured two events in one with an individual showcase as well as team games going on.

There were a number of players that stood out during game play of the individual showcase. Mikel Brown continues to impress me each time that I see him. It looks that he's grown a couple of inches since the first time I saw him play at the GBCA team camp in June. The control and poise he plays with as a freshman is so impressive. He has a strong feel for the game and has demonstrated that he has a high IQ. Brown is already a high level passer and above average three point shooter. He has the chance to make an immediate impact at Orlando Christian Prep this season. Chandler Watts out of Montverde Academy was another underclassman that really stood out with his play. At 6-foot-4, Watts is a springy athlete that can get going in a hurry. His motor helps him to stand out among those on the court. In the first game I watched, he led his team with 25 points which he got efficiently. Jordan Tillery of Dr. Phillips had a good showcase as well. He has gotten bigger, stronger, and faster since I first put eyes on him. He has the physique of a high level DI defensive back. His athleticism is off the charts and he has shown an improved handle and ability to create off the dribble. Brian Fuery out of US Prep and Advancement was one of the top shooters in the building. I watched him knock down 11 threes in one game, including five consecutive. 7-footer Christopher Richardson was really impressive too. He moves and jumps well for his size and showed his ability to guard out on the perimeter.

Jimel Lane and Dylan James may have been the most energetic players in the building. Lane was tasked with a huge role for his team. He had to be the primary scorer and defend the opposing teams' best player. This kid literally went 100% every single play. I watched him will his team back from a double digit deficit simply due to his energy and effort. James has a chance to be really good long term. The 6-foot-8 junior is as versatile as they come. On offense, he can dominate inside the paint and step out and make plays from the perimeter. Defensively, he can guard multiple positions. Already with offers from the likes of Virginia Tech, Florida, VCU, Dayton, and USF among others, he is just going to continue getting better.

There were quite a few players the performed as I expected them to. After having coming out parties of sort during the travel season and GBCA team camp sessions, a lot of these kids have kept the momentum going. The Lake Highland Prep duo of Brice Sensabaugh (Ohio State) and Jah Quinones (Mercer) looked season ready. Both players were moving well, being vocal, and knocking down big shots. Eddrin Bronson was his typical, productive self. His offensive game is incredibly smooth and his three point shooting is one of his attributes that does not get talked about enough. These guys should be poised for big seasons.

Brendan Williams out of Wellington High School was one of the toughest guards in attendance. He will never be one of the biggest players on the court, but you will not see this kid back down from anyone. Williams plays at a great pace; he does not let the defense speed him up one bit. He takes great care of the ball and can get a bucket from anywhere. This is the type of guard that coaches can trust with the ball in their hands. Angel Montas was another kid that demonstrated his overall toughness. Throughout the day, he simply physically imposed his will over any player that stood in his way. Whether it was rebounding the ball, getting a steal, or just making a winning play for his team, Montas gave the extra effort every time. He practically lived on the free throw line due to his activity on the offensive boards.