The best of the Border League 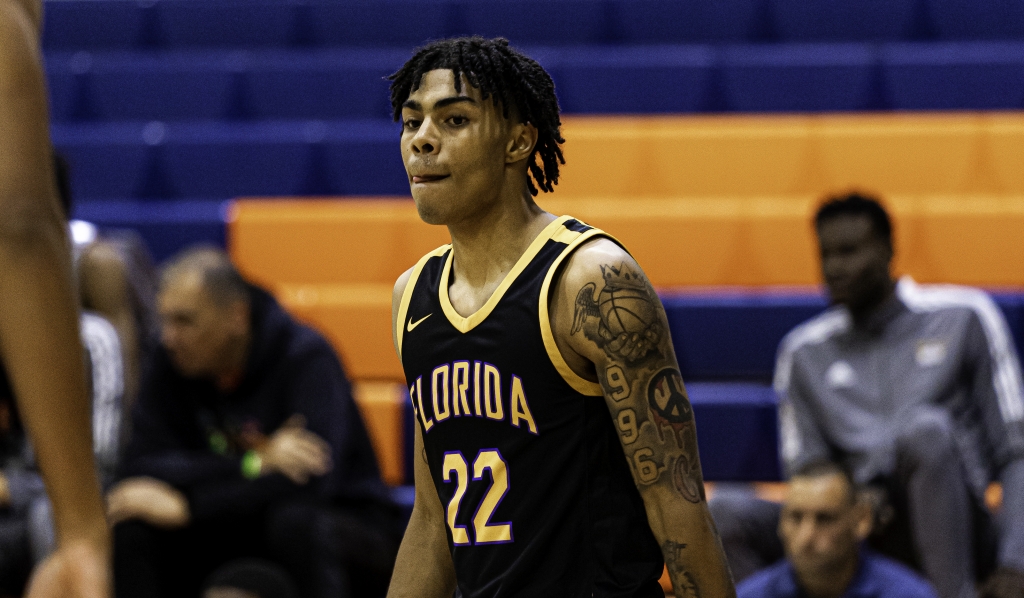 The best of the Border League

LAS VEGAS, NV - The third annual Border League is in the books and even in mid-October we had some high-level hoops. Who was the MVP, the best pro prospect and what was the best game?

What does winning the title of the Top Flight division, posting nearly 20 points a game and being the most alpha male on the most alpha team equate to? Just our MVP crown.

Johnson, the 6-foot-4 shooting guard from Missouri City, Texas, was terrific from start to finish at the Border League. He had total control of the action. Over the course of three games, Johnson averaged 19.7 points, 4.3 rebounds. 3.7 assists and 1.7 steals per game. He was also one of the most efficient guards in the field, shooting nearly 60 percent from the floor. Johsnon also only missed two free throws at the event.

The future Kansas Jayhawk has long been high on our national rankings. Currently, he sits at No. 28 overall but he’s due for an uptick on that list. He made a strong argument that his inclusion into the top 20 overall is warranted.

Boozer is the hardest player to guard in high school hoops. Even though he’s just 15 years old, he has such a high skill level. We saw the full bag from the big fella. Boozer scored 17 points, grabbed 11.3 rebounds, 3.3 assists, blocked 2.3 shots and had a pair of steals a game at the Border League.

Advanced. That’s the only way to really call it. He’s firmly planted at the top spot in 2025 on HoopSeen.com and is the best high school player in North America.

What’s scary to think is his game still has so much more to fine tune and sharpen. He’s a willing competitor and a quiet killer. The stages he and his teammates are playing on are not for the faint of heart either. Boozer and Columbus will get the best of every team and player they face, no doubt. That fine-tuned sharpening is only going to enhance his trajectory.

How can the Top Flight title game that finished in overtime not be the winner here? It is all that you can possibly ask at the Border League.

These two programs are two of the very best teams in high school this season. It was only fitting that the NIBC clubs had a crash course that finished with both of them on national television in the title game.

Montverde got the 63-56 win thanks to some staunch defense and good offensive balance.

Johnson capped off his stellar weekend with 15 points in the contest. He had 15 points from Duke-bound Sean Stewart in the win, too. KJ Evans had his best game of the event with nine points and eight rebounds in the victory.

The two will square off in the regular season next month in Utah at the Five for the Fight National HoopFest. The cross-country powerhouse pairing is becoming one of the best East vs West battles we’ve seen in high school hoops.