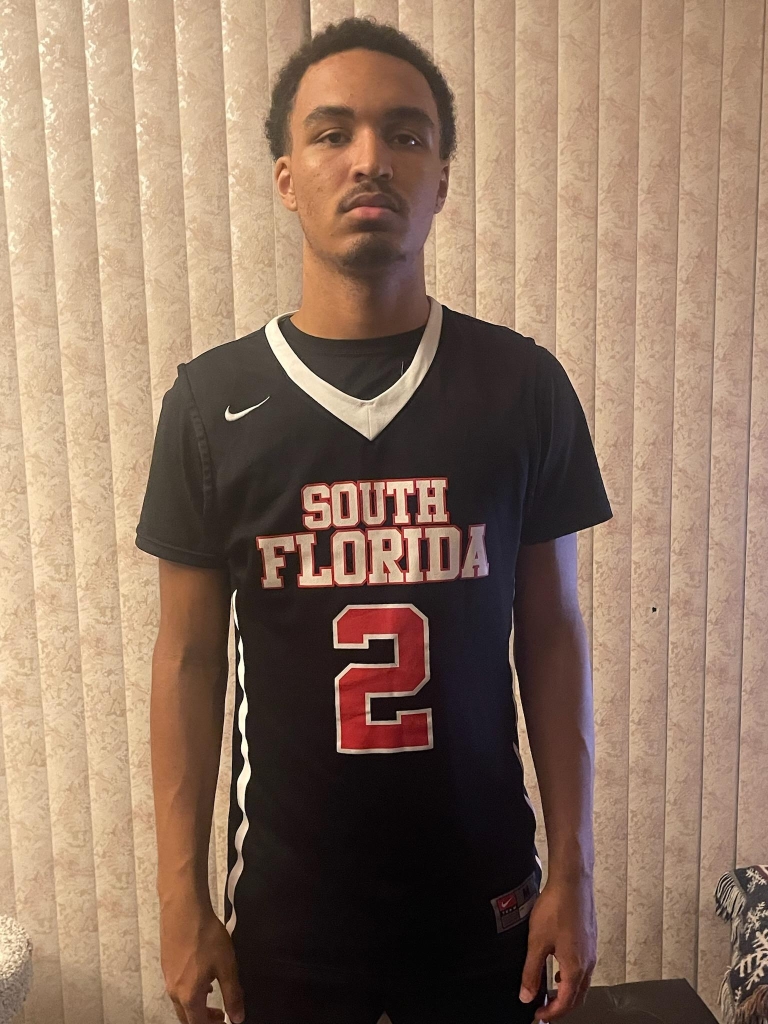 I stopped over in Hollywood to check out Somerset Academy Pines. The Panthers are under a new head coach in Lance Tejada. Tejada was previously the assistant coach at Miami Northwestern. The Panthers defeated Miramar 57-35 in fall league action.

2023 Brandon Shoop (pictured) is a transfer from Flanagan High School. The 6-foot point scored on a pair of layups using his speed and quickness. Shoop can really glide to the rim when he sees an opening. He also is a knockdown shooter. I also thought his defensive activity was sharp. Shoop had good awareness deflecting passes and picking up steals.

2023 Iverson Yacinthe was impressive with his versatility. The 6-foot-4 forward is athletic and was relentless around the glass. Yacinthe used his size well to rebound and score off putbacks. In addition, he has the athleticism to put the ball on the floor and score off the dribble. Overall, Yacinthe did a really nice job scoring around the interior. He can also stretch the floor and hit jumpers. His versatility also crosses over to the defensive end. Yacinthe will be able to defend multiple positions for Somerset Academy Pines.

2023 David Delancy IV is a prospect with good size. The 6-foot-5 point guard can use his frame and length to get to the rim and finish. Furthermore, he is very tough going downhill and plays with good body control at the basket. Smaller defenders are going to have a tough time containing him off the drive. Delancy IV will also shoot from the perimeter at a high clip when left open.

2023 Jamai Tejada is a transfer from Miami Northwestern. The 6-foot guard is compact and did a nice job attacking the rim against the Panthers. Tejada is shifty and had very good moves when driving to the basket. Specifically, he can beat you on a straight line to the rim or craft his way using spin moves. Tejada averaged 14.2 points per game on 47 percent shooting from the field for the Bulls. Moreover, he knocked down 37 3-pointers. Tejada should be a three-level scorer in Somerset Academy's system.

2023 Christian Quintana is a prospect with upside. The 6-foot-6 forward has plenty of skill to score off the dribble and be effective around the rim. Quintana's length should be an asset on the boards where he an score near the basket. A bit more toughness will make him more effective.Tejada should get that out of him this season.

Michael Costeines is a regional scout based in South Florida. He has been covering both men's and women's basketball in the area since November 2018. Players he has scouted include Scottie Barnes, Zaire Wade, Vernon Carey Jr., Jordana Codio, and Ta'Niya Latson. Michael has previously worked for Prep Hoops and NBC Sports in Stamford, Connecticut. He is originally from Madison (CT) and received his bachelors degree from Southern Connecticut State University.

Please reach out to him on his socials for any story ideas/information.