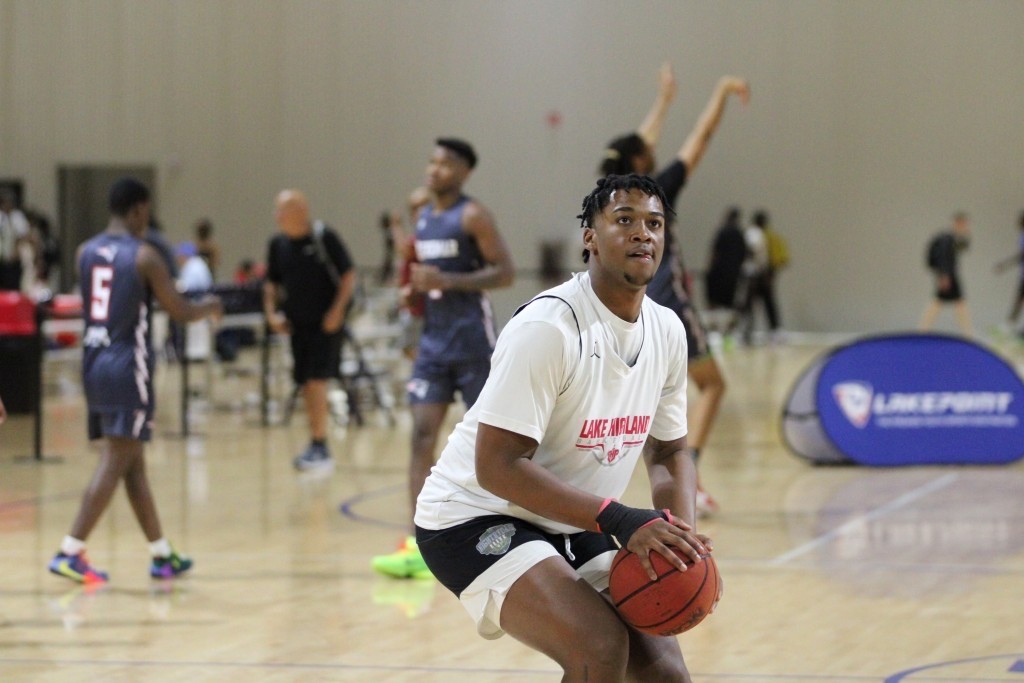 The annual Metro V. FL Challenge at Apopka High School featured some of the best talent in the state. Some of Florida’s best talent were at the event and they did not disappoint. Here were my takeaways from the slate of games.

In a highly anticipated matchup against a very talented Dr. Phillips’ team, Lake Highland made their presence felt early. While Dr. Phillips brought the house down with a multitude of high-flying dunks, Lake Highland kept themselves within the game and ultimately won at the end thanks to Brice Sensabaugh and his late-game clutch shot to seal it, propelling Lake Highland over Dr. Phillips, with a final score of 61-60. Brice caught fire from three early on and made big shot after big shot for Lake Highland. His toughness and skill set proved that the Ohio State signee is ready to play at the next level after scoring 39 points, the third highest all-time at the Metro vs. FL challenge.

Although Dr. Phillips lost in the end, Denzel Aberdeen came up big for the Panthers. The electric, high-flying Florida signee was nothing short of spectacular for his team. When big shots needed to be made, Denzel made sure that he capitalized on those opportunities. After scoring 20 points, the 6’4 guard did everything he could to keep his team in the game. As the season progresses, expect to see more performances like this from him as he gears up to face top talent night in and night out as Dr. Phillips looks to become a national name in high school basketball.

This game showed a lot about Orlando Christian Prep and the depth of their roster. Leading the way with 24 points and game MVP, AJ Brown showed that Ohio University is gaining a true baller. From a solid showing from three, to playing high-energy on both sides of the floor, Brown showcased his versatility in a variety of ways. Orlando Christian Prep’s big men were nothing to scoff at, as they also had a strong performance. Ven Allen Lubin and Jayden Hastings certainly made their presence felt in the paint, as both players made statements on both ends of the floor. For Orlando Christian Prep to continue on their winning streak, the mix of their top players and bench play needs to continue to produce at a high level such as they did versus Wekiva High School.

In a game that was one-sided, Oak Ridge dominated Santa Fe Catholic High School in an 84-47 victory. The Pioneers’ came out with a fast paced offense that took no time to score. One of the more overlooked prospects in Fabio Basili, came to play as he had an electric 13 points and game MVP. As I was watching the game, you can tell that he has a knack for getting to the rim. In the open floor, he pulled out a wrap-around layup a couple of times that raised a lot of eyebrows throughout the gym. One thing is for certain, the Oak Ridge Pioneers have the talent to pull together an exciting season with Fabio Basili leading the way.