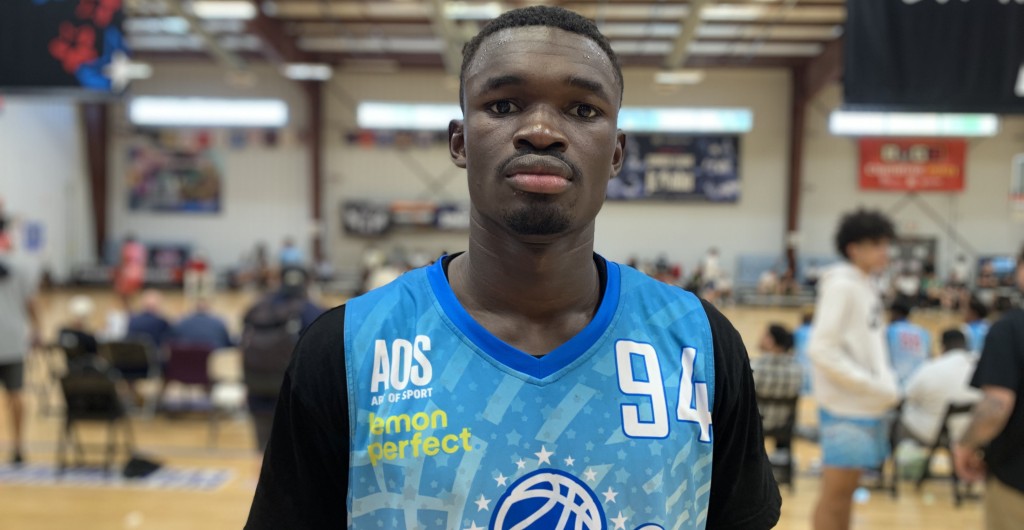 There is some star power and some nationally-rated classes coming into the Pac-12 this time next year. As we open up the early signing period, let’s explore the league on the West Coast from top to bottom.

TOP OF THE CLASS: USC

Make no mistake about it, the Trojans have a class coming to the Galen Center that should get you excited.

Let’s start with the interior presence coming into the conference with big men Vince Iwuchukwu and Kijani Wright making their way to town. The 1-2 punch is as impressive of a frontline of any conference in the country. What kind of player is Iwuchukwu going to be after a season at Montverde? The Florida powerhouse is a proven program for development for post players. Can the Texas native take full advantage of his time under Kevin Boyle before he makes his way to Los Angeles? If so, that’s scary for the rest of the Pac-12.

Helping matters is Wright’s presence. The first player to commit to the Trojans in the class of 2022, the local paint monster was an important commitment at the time. He’s one of the premier American-born big men in the class and we have seen him grow into one of the premier rebounders in the nation. The fire-and-ice duo of Iwuchukwu’s length and Wright’s toughness makes for a 1-2 punch that gets you really excited if you’re a Trojan fan. This duo is nasty together.

And, in the final couple of weeks of the early signing period, the Trojans added a huge commitment from top 50 prospect Tre White from Prolific Prep. The athletic and aggressive 6-foot-7 forward could be the beneficiary of having two giants in the frontline with him. White is a highlight film every time he steps onto the floor. He’ll have plenty of one-on-one situations and tons of chances to play above the rim. The upside with him is significant.

Rounding things out for the Trojans is Oziyah Sellers. You could argue that he is the best incoming shooter in the league and in an era where one-and-done players are so important but also incredibly hard to build sustainability around, a player like Sellers is key to land. He may not be that dude right away as a rookie or even into his sophomore year but his value as a perimeter threat is always needed. His three-point shot is even more important as an upperclassman in the post-season.

Sellers’s game gets better year after year at the prep level and playing a big role on a great team like Southern California Academy will have him primed and ready for the college game.

As we look at the #Pac12 Conference as a whole, how can you not like what @USC_Hoops has put together. With all of the size coming to town, I like how @OziyahSellers of @SocalAcad fits into the big picture.

TOP DOG: Amari Bailey to UCLA. One of the premier prospects in the country, the high-flying, point-producing, high ceiling prospect is the crown jewel of the class of 2022 in the Pac-12. He’s the highest-rated player coming into the league.

What the Bruins get is an instant bonafide star that draws national attention back to Westwood. What won’t get as much shine is his defensive intensity. If you know anything about the way Mick Cronin likes to play it’s aggressive and intentional on the defensive side of the ball. As fun as Bailey will be on offense, he’s going to be a blast to watch as a defender.

[Plug in the video on Twitter talking about Amari Bailey]

THE OUTSIDE OF THE TOP 100 SLEEPER: This category is always an interesting one because you could argue the selection in every one of the conferences should then be included into the top 100 national rankings. You’d probably be right.

There is something about a small guard who may have more question-marks than compliments that are connected to his name that just thrive at Washington. Keyon Minifield is the newest Husky point guard that comes to town with an underrated narrative to him.

The Michigan native is small but, man, can he get a bucket. We saw him light up the EYBL and shine as a point producer and playmaker. Does this narrative - diminutive, exciting and quick to light up a scoreboard - sound familiar? Former Husky Isaiah Thomas says “what’s up”. Minifield is an interesting pledge with a potential high reward in the role he will be asked to fill.

We could go on and on here. The Trojans have some trees coming into town. Be sure to read more about their group in our top of the class blurb above.

Amari Bailey has elite star potential and is one of the five best prospects in the class. The Sierra Canyon guard will be one of the best freshmen in college hoops next season. Make no mistake about that. He’s a big stage kind of guy. With a presence like Bona in the middle, Bailey will always have a bodyguard on ball screens and a perfect compliment to throw the ball to the basket for a rim-bender.

Local guard Dylan Andrews should be the straw that stirs the drink for this Westwood crew. Playing at AZ Compass Prep should prepare Andrews for the type of role he could play for the Bruins. In the middle of a major talent roster, he’ll be asked to be the pilot of this group and keep all of the stars aligned. Andrews has a game and a mindset that should transition well into that role.

What a three-man class the Bruins have (they also have interior horror movie Adem Bona part of the class), and It ranks among the top 10 overall in the nation during the early signing period. The backcourt will be a handful to contend with moving forward.

#UCLA has one of the best classes coming to town in 2022. @dylan_andrews4 is one of the reasons why. @JustinDYoung caught up with the future @UCLAMBB guard right after he signed his LOI. pic.twitter.com/dHnMBbysqc

The University of Washington locked up local prospect Tyler Lindhart back in April when the NCAA Live Period was still dead and things in the Northwest remained somewhat quiet from an event and buzz point of view.

It made sense that the Huskies wanted to lock up the versatile forward who went to school just 12 miles north of campus.

We caught up with the 6-foot-7 forward at our HoopSeen West Preview camp and talked to him about his versatile game, his growth during the COVID outbreak and much more back at our action in Utah in the fall of 2020.

Watch his entire interview below:

FOUR NOTES FOR THE ROAD

1. Make no mistake about it, Adem Bona is a major addition to the UCLA class and one of the most impactful additions in the country. He’s the premier interior defender in the class and he pairs perfectly with the incoming backcourt the Bruins already had locked up. Defensive Player of the Year potential is certainly present with him.

2. I like the signing of Joe Hurlburt for Colorado. The Buffaloes have cornered the market on landing talented big men from states that don’t normally produce high-end basketball products. The 6-foot-10 big man from South Dakota joins the program a year after CU signed Lawson Lovering from Wyoming.

Hurlburt has instant impact potential and could play his way into some all-conference chatter during his time in Boulder. Players develop under the tutelage of Tad Boyle and staff.

3. Don’t be surprised if Arizona lands a big-time international player year in and year out during the new regime of head coach Tommy Lloyd. He played a key role in Gonzaga’s finger on the pulse of international talent in the college game.

4. Oregon has done a terrific job of landing high end talent over the years through high school recruiting and in the transfer portal. Dior Johnson’s commitment to the program is one of the five biggest prep prospect signings in school history and one of the best in the Dana Altman era in Eugene. 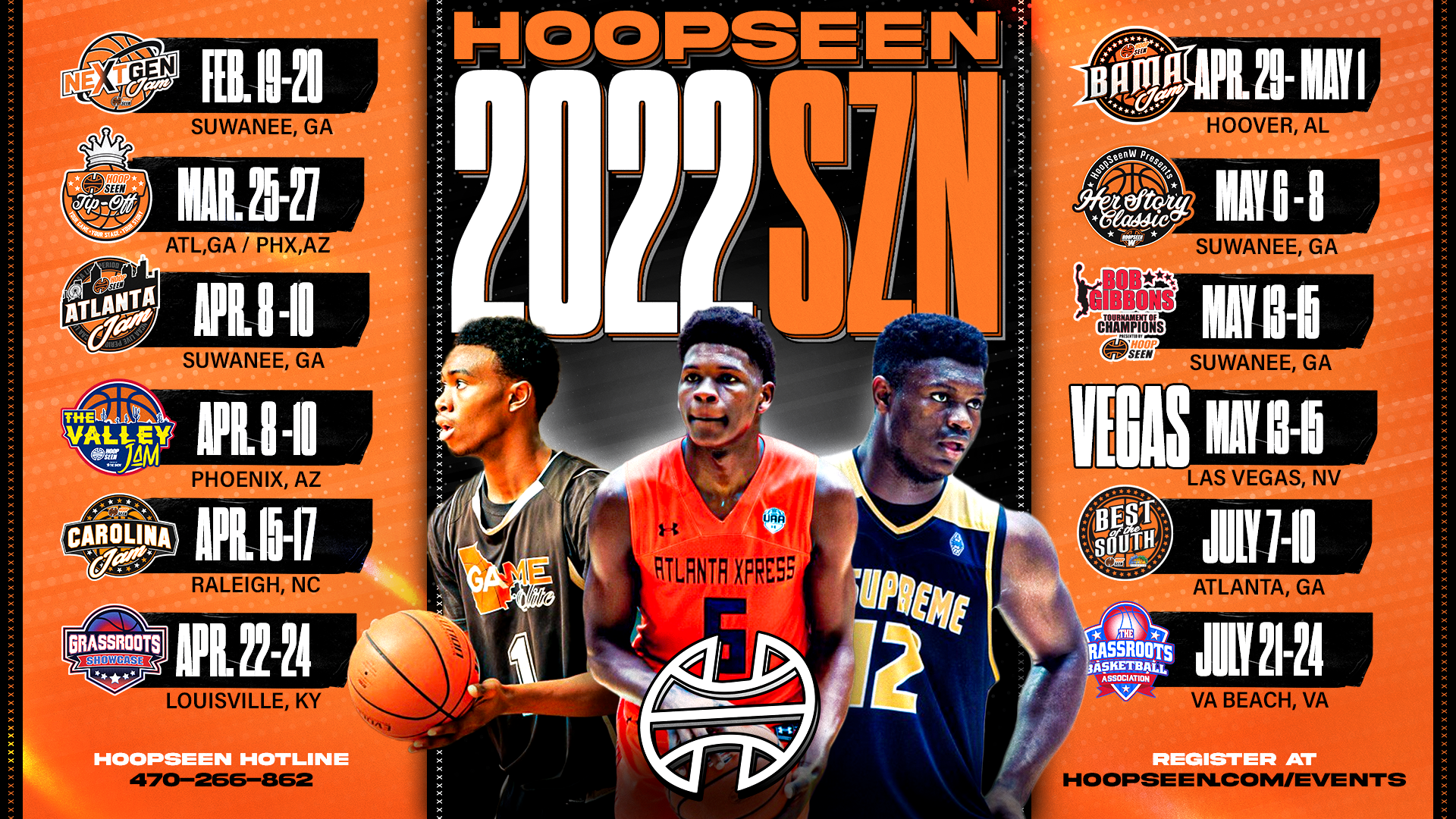