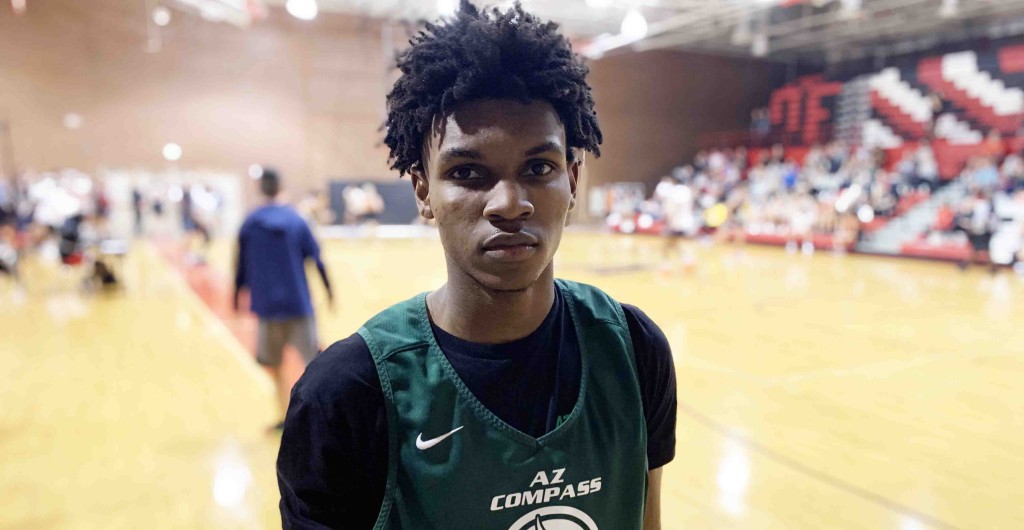 AMERICAN FORK, UT - On the opening night of the 2021 Great Western Classic, some of the powerhouse programs stepped onto the floor and set the tone for how the action will be played on the Wasatch front this weekend.

Shawn Phillips, Dream City Christian (AZ): The future NC State big man was doing chin-ups on the rim on Thursday night, punishing any undersized defender that he was paired up in the paint. The goal, at least the assumed one from our advantage point, was getting the big fella loose as things got started here in Utah for the weekend. The upward trajectory he’s been this scholastic season has been impressive. He’s lost weight, put his body into a program that allowed for such a game that he had on Thursday night and moving forward, it’s exciting to think what he will be like come late winter this season. Great start for Phillips.

Milos Uzan, Dream City Christian (AZ): Let’s go on the record and proclaim Uzan will be on a team ithat wins 85 games during his four years at the collegiate level. The Las Vegas native is as steady of a point guard there is in the class and his self-awareness is stellar. He knows where he can win in match-ups and knows how to set up his teammates. Winning plays and being steady in the moment are two of the most sound parts of his understated game. One of the reasons why a guy like Phillips continues to get better is because Uzan helps with that development. Look for a decision from him likely next week. Utah head coach Craig Smith was on hand to see him on Thursday night. The Utes are a player here. So is Oklahoma, UNLV and Cal.

Dylan Andrews, AZ Compass Prep (AZ): When you pilot a team like Compass and when you take over the reigns from Ty Ty Washington, expectations will inevitably be high. The responsibility of such a role can be a heavy one for some. For Andrews, he took the job seriously in game one with his new club and went right to work. He was in tone-setting mode on Thursday night, going to the rim with purpose and power. His attack with the dribble was hard to contain and his energy went through his club throughout the game. The UCLA-bound guard is getting a 401 level class of point guard production and this season will be a great litmus test to how well he’ll be in on day one of work in Westwood.

Kylan Boswell, AZ Compass Prep (AZ): You’re going to read a lot about him on this site for the next six months. We will see a lot of AZ Compass this season and he’ll be at the helm of such a show along with Andrews. The duo make for one of the best 1-2 backcourts in the nation and they’ll take on all comers in the country. Boswell may be the best overall guard in the class of 2023 nationally. He recently took a visit to Arizona and has plans for a trip to Illinois in the near future. He grew up in Illinois before moving west to California and Arizona.

Dane Christensen, Orem (UT): Playing with the local JM Elite squad, the 6-foot-5 guard took full advantage of a big spotlight of eyes watching his team’s game against the loaded AZ Compass Prep. The big guard let it fly and buried three-pointer after three-pointer. His hot touch from the wing was the only real crack against the armor of AZ Compass, throwing the defensive coordinates off kilter a bit. He was a dead-eye threat from the perimeter. His recruitment is quiet at the moment but after seeing his shooting touch paired with good size, he’s worth a look from Big Sky/Big West types of programs.

Malick Diallo, Juan Diego Catholic (UT): The long and lean class of 2024 five-man is an upside guy with a ceiling that gets you excited. It is hard to miss him here at the Great Western Classic, standing at 6-foot-9 and playing above the rim on both sides of the ball. Guys like him don’t come around too often in the state of Utah and it is easy to see why schools like BYU and Utah State have already targeted him. A lot to like with a long term lens.

There were quite a few college coaches in the gym on Thursday night. Per Tim Davis, the event organizer, the NCAA allowed coaches to be at the games AZ Compass Prep, Balboa Prep and Dream City Christian because all of the programs are counting these games as regular-season games.

Lamar Washington of AZ Compass said he really enjoyed his trip to Texas Tech and the Red Raiders are deep in the mix with the Portland, Oregon native. He added that he will likely visit Texas, Illinois and Auburn.