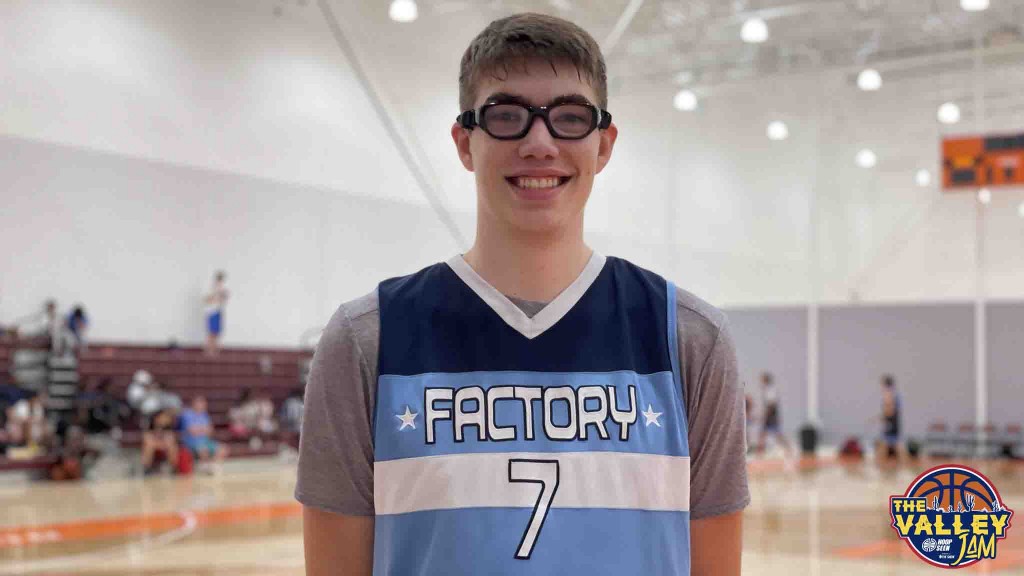 One of the top shot blockers at the event springs up to alter or erase oncoming attempts. He has a nice touch around the rim with soft hands. He can explode up to dunk the ball with authority off of two-feet and catch lob dunks in style.

A fluid forward with springs. He blocks out of area shots and covers so much ground. He seems to get off the floor in a blink of an eye. He can handle the ball decently and fluidly rip through and score through contact. He plays above the rim and will thunder it down.

The massive post player was doubled throughout the weekend and he made them pay by showing off his impressive passing skills for a big man. He is patient in the post and can go to work with advanced post footwork and can flush it down easily. He keeps the ball high and will score it in traffic. He blocks shots and rebounds at a good clip.

A strong forward can play inside or out. He make 3’s off the catch and can power his way in the lane and score it. He carves out space with his strength and girth and has a nice touch inside. He injured his leg and attempted to play the last game on Sunday showing his toughness.

A natural rim runner and shot blocker. He brings incredible energy to the game and uses his bounce and length to alter or block shots. He can throw it down on the break and is a quick second jumper to leap up to rebound. He is just starting to develop his offensive game and shows upside.

The younger brother of Phoenix Suns forward Cameron Johnson is a highly skilled forward who can shoot it. He has good length and will rip through with his left or right hand and score through contact. He has a nice touch on his shot to the 3pt line. He surprisingly made a couple incredible bounce passes along the way showing his versatility as a player.