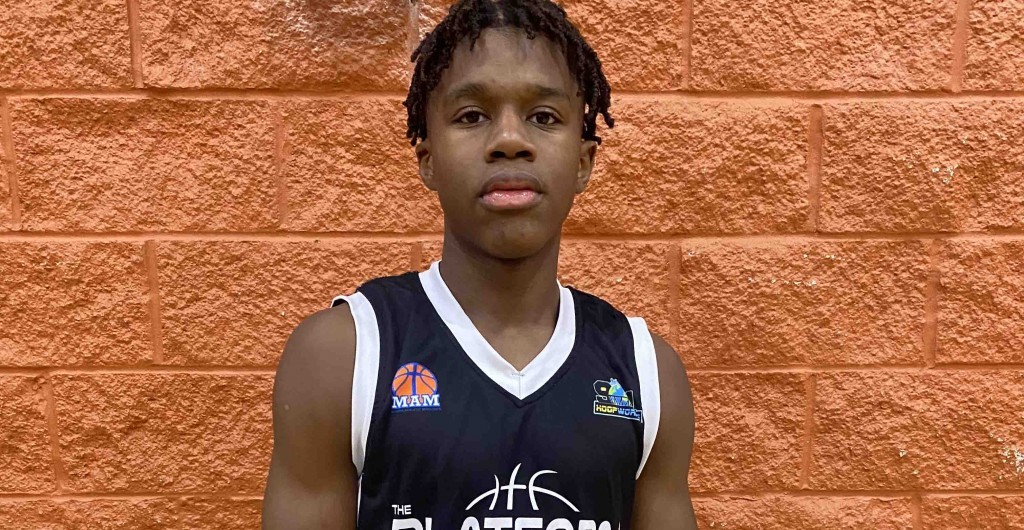 The Class of 2024 in Tennessee has the possibility of being one of the best classes we have ever had in the Volunteer state since the legendary Class of 2006. This past weekend at the BCAT Hoops Team Camp in Memphis several players from this class stood out among the throng of college coaches out for the first time in 18 months. The cupboard is full my friends and here are some of the top individual efforts from this weekend listed in alphabetical order.

Eye catching length, exciting skill level, competes on every possession and he is only 14 years old. Yes, I kid you not. This kid will be one to watch in this massively exciting crop of youngster statewide. He has a feel for the game that belies his age, he glides to the bucket, he is slight but he doesn't fear contact and his handles allow him scoring chances and space to score at every level. Once his strength and maturity approach his skill level we are talking about a top 25 national prospect. Mark it down.

One of the most impressive prospect in the camp regardless of grade level. Incredible presence on the floor, his ball-handling skills are well above his age level and he has a motor that will not quit. He attacks at every given opportunity and has the length and skill level to finish his scoring opportunities. He is slight but he has massive quickness, he has awareness of his surroundings and he competes his tail off. His shooting stroke was good and will get better as he is well-coached and eager to improve. His length allowed him to be a nasty help defender creating tips and gathering to start the break. The future is bright with this prospect.

Excellent ball skills help him stand out from the pack at this age. He has vision and a feel for the game that commands a leadership role at this early juncture of his basketball journey. He understands tempo, he knows when to attack and when to set up and his length makes him a solid to potentially lethal on ball defender. His offensive game is dictated by the pace of the game, if needed he can score but his IQ allows him to determine the path of success contest to contest.

Lefty with the deft stroke. Arguably, no lets make this a fact, he is the best shooter in the state. He has enough size and strength to create scoring space and his trigger is quick. He plays ready to catch and shoot. His ball skills allow him to create separation from his defender. He understands his shooting prowess and will put it one the deck if your closeout is deliberate. He defends with purpose and has enough basketball presence to play either guard spot. He displays a toughness that will only help him move up the national recruiting charts.

Powerful inside presence at such a young age. He is sturdy with a solid base and has a knack for carving out position on the block. He goes hard to the glass and has the ability to be a quality defender. He runs the floor and makes himself available for easy scoring chances. He can score the ball and the next evolution in his development will be adding range to his shot. He has a tendency to over-dribble in the post when a short few bounces is all he needs to score.

It is virtually impossible to take your eyes off this kid. He oozes competitive moxy and he is a ball of energy with a winners mentality. He has unlimited range and confidence. He is a masterful help defender and shows leadership qualities. He will take you off the dribble and is creative enough to finish tough chances despite contact from bigger, stronger players. As he matures he will need to work on his decision-making, not taking as many chances with the ball and becoming more cognizant of tempo. He is the type of kid who others will underestimate because of his size until he snatches the victory from them.

This kid loves to compete. He plays with a chip on his shoulder and he is effort from tip to finish. He showed his competitive nature after his squad gave a lackluster effort in an early game by providing the energy to lift them to a nice win in the subsequent contest. His size is merely a myth, he is in your face defensively and he will attack off the bounce. His perimeter game will continue to grow as he understands game speed and situations. He loves the game and the maturity level and decision-making will become second nature as he grows. Till then enjoy this rascal and beware he is coming at you.

Youngster has a motor that keeps on grinding. He has excellent size and vision which makes him a handful for any defender. He attacks the basket and finds joyous teammates for simple scoring chances. His strength allows him to get into the lane where he can set up a score or take one for himself. He likes to make the tough guarded lay-in with either hand or the short pop into the lane. His outside shot is an area where he can make some progress in the coming years.

His presence is enormous, he radiates toughness and his effort is endless. Great qualities for a youngster and a football mentality brought to the hardwood. He is a major prospect on the gridiron as well but his path could easily trend towards hoops if he so chooses. A big-time defensive presence, he guards with passion using his size to make it difficult for his unfortunate victim. He goes hard to the basket and he plays with leverage and stays low to the ground. His perimeter game is his biggest area for improvement as he moves up the basketball hierarchy. He is an outstanding young man who lives to compete.