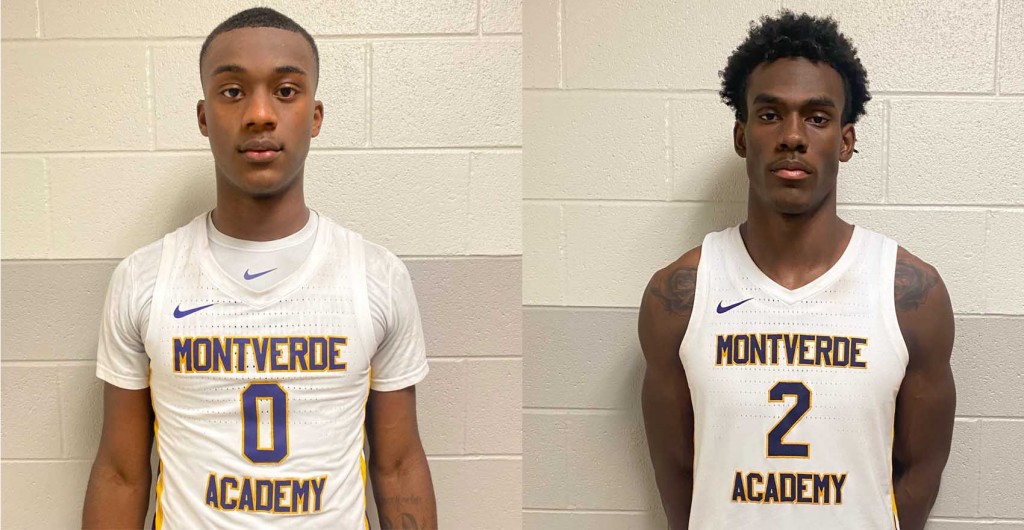 Two of the best high school programs in the country - Montverde Academy and Sunrise Christian Academy locked horns for the third time this season in Memphis, Tennessee on Saturday night.

The basketball fans of Memphis witnessed three McDonald’s All Americans (Michigan signee Caleb Houstan, future Baylor star Kendall Brown and Chandler, who is headed to Tennessee), who were recognized for the accomplishments of their senior year. The city of Memphis out to witness 11 future Division 1 basketball players in one high school game.

The game had a slow start in the beginning. Of course, it will be like that when you have two of the best coaches on the high school level competing. Strategic moves are made, both well-coached programs were locked in defensively. As the game gradually progressed with excitement. There were crowd-pleasing dunks and great outside shooting.

It was the rising juniors that took over the spotlight. Dariq Whitehead, a 6-foot-5 smooth guard/forward who is ranked as a top 10 prospect in the class of 2022, went to work. Whitehead was lighting it up with his much-improved jump shot. He finished the game with a double-double 18 points, 10 rebounds and added four steals.

The nation’s No. 2 overall junior Jalen Duren is possibly the most gifted physical post player with size since Dwight Howard in high school hoops. His presence is felt without scoring for Montverde. The 6-foot-10 center is a great passer from the post. He finished the game with 13 points and seven rebounds.

Montverde did not want to lose to Sunrise Christian Academy back to back times this year. The last meeting had a buzzer-beater shot made by Chandler.

Saturday night’s game was the rubber match in front of a near sold-out crowd. The Sunrise Christian Academy star of the night performance came from recent 2022 Kansas commit Gradey Dick. Dick had the crowd amazed with his high light dunks and sharpshooting. The 6-foot-7 guard is a gifted offensive player who just gets better each game. Dick finished the game with 16 points shooting 7-11 on field goals.

The rematch ended with Montverde winning 61-57. The Eagles played the villain of spoiling the homecoming of Memphis native Kennedy Chandler.

The rematch was the first game for Chandler in Memphis since deciding to leave for Sunrise Christian Academy (KS) from his original school Briarcrest Christian High School. The whole Chandler family came to support him in matching black Tee shirts with a Kennedy Chandler logo.

His father, Kylan Chandler, who is a former event promoter came up with the idea. The idea of Chandler making a brand name for himself started when the NCAA decided to pass the new rule where athletes can receive benefits from marketing their own name or brand.

During the game Chandler couldn’t get a shot off, as each time he went by a defender there was a big guard collapsing on him with smothering defense. The defense caused Chandler to make seven turnovers, which is not normal for the No. 1 point guard in the country.

There was no big celebration after the game. There was a motivational speech led by Montverde head coach Kevin Boyle. He reminded his star-studded team there is a bigger prize, and game to be looking forward to getting ready for.

The GEICO National Tournament which was announced this week will be played this season starting March 31 in Fort Meyers, Florida. Both teams could possibly meet up again in the race for a gold ball trophy. Ladies and gentlemen get your popcorn because the show is just getting started.

Leon Devon Taylor has been covering the Memphis and  Nashville area for over 10 years. He began his career in 2010 with Sports560AM as a Sports Producer. Taylor begin writing for an independent company, TalkBackLive Network, in 2016 covering high school and college basketball.