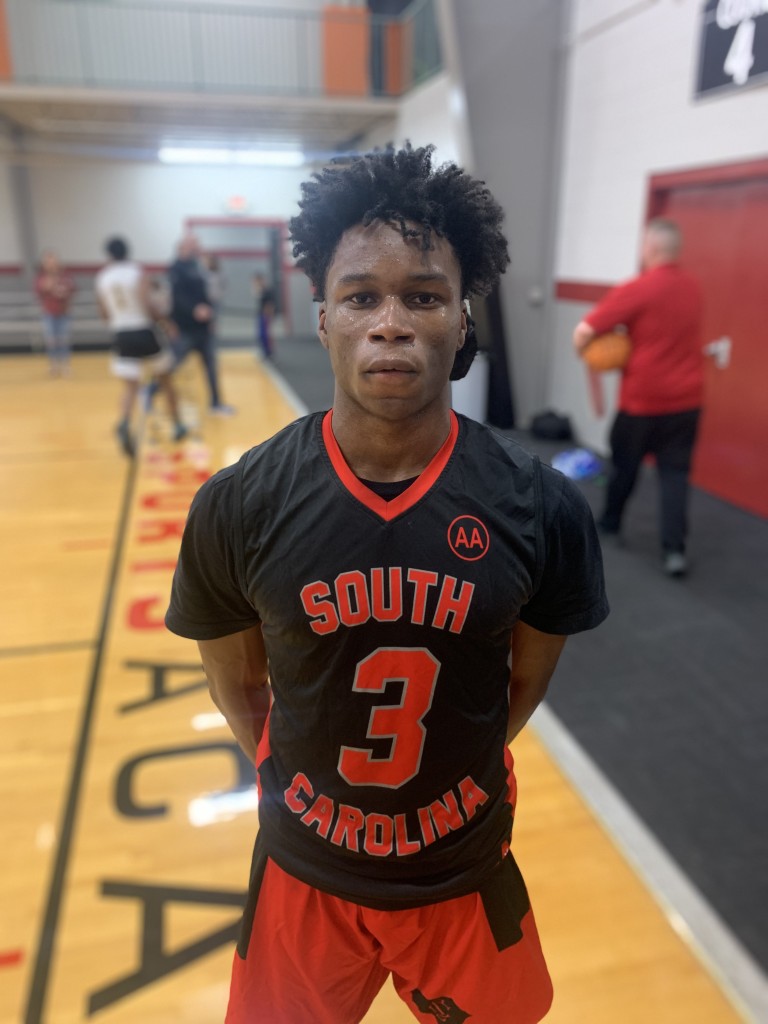 Theo Antinori (Team Swish) – Antinori is a threat from all spots on the court. He has an incredibly high basketball IQ and knows when to take what shot and from where. Team Swish’s game against Alabama Fusion showcased Antinori’s ability to get to the hoop and finish, no matter who’s contesting. He’s willing to get into the paint and fight for a rebound and is a solid player in transition. Antinori was massively important in their big victory vs. a good Alabama Fusion team.

Christian Watkins (One Shot Shooters) - Watkins is a player that is flat out just fun to watch. He can do everything on the offensive side of the ball. He has tremendous handles and a beautiful 3 point shot that he showed off against Next Level Elite 2023 today. He was able to get where he wanted with ease and was finding open teammates or scoring almost every time,he touched the ball. Watkins, on the defensive end, has quick feet and plays tight. He practically couldn’t miss in their 30-point victory.

Beau Harvey (Rod Howard Select) – Harvey plays his point guard position very well. He controlled the tempo of their game vs. All Alabama and was doing everything right in transition. He made multiple fantastic passes to start fast break opportunities for his teammates. On defense, Harvey was playing aggressive tight defense and was deflecting passes often. He had a few big time steals in overtime and played calm, cool, and collected the entire game. He finished with 7 points in their double overtime, sudden death loss to All Alabama.

Josh Williams (Team SC) – Williams was fantastic in their outing vs All Alabama 16U. He came out of the gates fast showing off his excellent court vision, finding the wide-open teammate consistently. As the game continued, he began to show off his speed and ability to finish in the lane through contact. He was able to make difficult layups look easy and made the right play time and time again. Team SC scored often when Williams touched the ball during the possession. He finished with 15 points in their 54-41 victory.