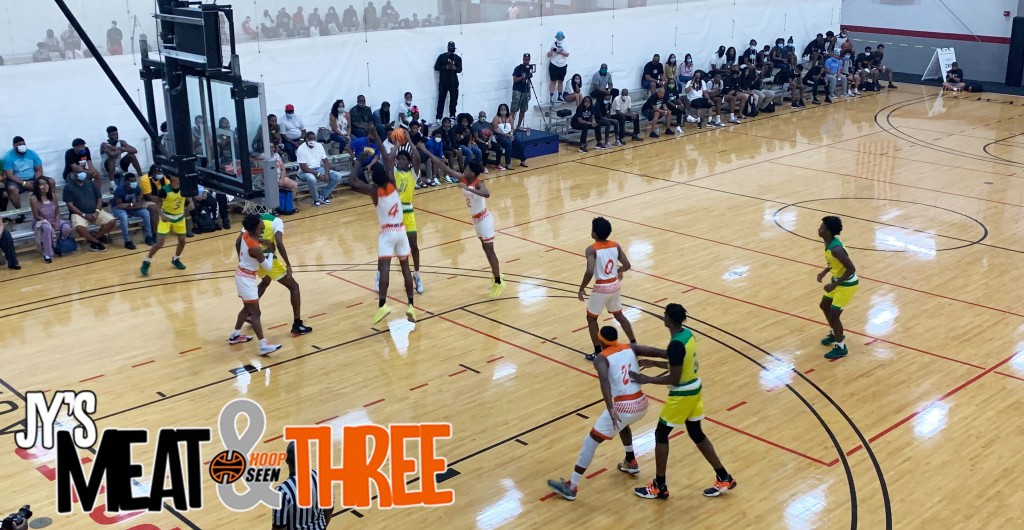 I spent the weekend at Suwanee Sports Academy to take in the action of the Tip-Off Classic and let's just say it felt great to be back. It also feels great to bring back the Meat & Three column. There are things to talk about! So, let's get into it during the lunch time hour.

THE MEAT: FELT GOOD TO BE BACK

We are living in a grey area for what can and can not be done as far as youth sports are concerned. We are very fortunate to have a place and a stage to watch basketball right now in the state of Georgia. Not every hooper is so fortunate.

It was great to see so many familiar faces in the gym again. It was therapeutic. Truly.

Let’s do our best to make sure we can continue by masking up and being sensitive to the most strict rules we have ever had to adhere to with youth sports and the places we gather. Crowd control - the sheer number of people in a confined space - will be something that every event tries to manage through. It’s tough. We all want to see hoop. We should be celebrating that. But we have to be smart.

If there is a stream available, watch it. I thought the team at SUVtv crushed it on the featured games at the Tip-Off Classic. They powered through and delivered a fun weekend of games. I’ve rewatched some of the best games I saw in person and caught some others that I just couldn’t see in real time.

When we host our HoopSeen Tip-Off this weekend, we will have a stream available via Be the Beast. I’d highly recommend watching that instead of coming out to the event because we will have a very strict policy for capacity inside of the building. We will hold strong to that.

The current limitations may allow us more freedom. So, let’s not be short-sighted in our desire to live in the moment. Enjoy the baby steps in our journey back.

THE THREE THINGS I LIKED

There were a number of high-level games throughout the event but it was the Atlanta Celtics and Team Huncho 17 and under match-up that stood out the most. A back-and-forth affair, these two programs traded buckets throughout. It is worth a rewatch on the SUVtv stream. Enjoy.