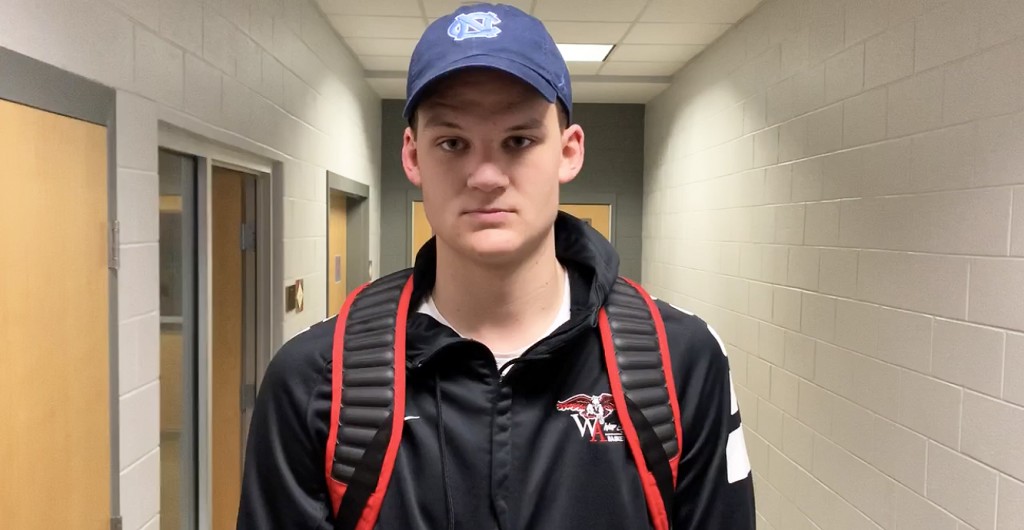 Monday means Just A Minute time. And after a couple of weeks off because of our Georgia playoff coverage, we’re back at it. No surprise, the column has a lot of Peach State to it.

The Woodward Academy against Sandy Creek game last week was one of the best games we’ve had in the state of Georgia this season. Truth be told, the match-up of five-star big men Walker Kessler and Jabari Smith lived up to the historical billing that it was.

Woodward won thanks to the stellar play of Kessler, the McDonald’s All-American who is headed to North Carolina. He finished with 33 points, 13 rebounds and three blocks.

The pairing was everything we could have wanted. The game was the best I’ve seen this playoff season.

While the 7A games warranted the attention that they got in the quarter and semi-final rounds, this game was back and forth and every play was anchored by a major play from a major player. It lived up to the billing of what we saw with Dwight Howard and Randolph Morris going head-to-head in the early 2000s. This one was special.

You can make a legit case that Kessler is the best player in Georgia this year. He not only shines individually but also raises the level of play if his entire team. He’s truly the scariest player in the Peach. He may not be a viral prospect that some other players are but he’s hitting his stride at the right time. Moreover, he is the most unique physical prospect there is in Georgia.

Smith is no slouch himself. He’s a justified top-five national prospect.

You have to realize how rare these moments are. And this one was magical and memorable. It was fun to be in the building for it.

BUCKLE UP, THIS WILL BE FUN

Speaking of me vs you match-ups…

The Scoot Henderson vs Bruce Thornton positional battle will be fun to watch play out.  We are in for a treat over the next couple of years as we watch two of the very best guards in the nation go at it in the class of 2022 nationally.

Henderson recorded a big-time 49-point effort in a dazzling overtime win over Miller Grove in the first round of action. Thornton was Mr. Clutch down the home stretch of his team’s win over Newton. His 28-point effort in defeat to Wheeler was the best individual performance at Buford City Arena over the weekend.

Both are considered five-star prospects in the 2022 class. Now the two will battle for the top dog position in Georgia. They’ll battle for the same scholarships. Like a good healthy rivalry? Me too. This one will be fun over the next couple of years.

One of my favorite things about post-season basketball is seeing who has a dog inside them. Who can rise up in the clutch? Who unflappably steps up when that moment is needed? Who understands the moment and then thrives?

Post-season mentalities are just different. That’s the beauty of this kind of masterful stage. You learn who has it and who doesn’t.

Now that we’ve reached the top of the high school apex mountain, there are a handful of guys who are near the very peak.

Lanier’s Sion James has undisputedly climbed his way to the top of this category. The future Tulane guard has raised the level of play for his team this season. He’s been masterful in this quest. It has been a thing of beauty really. When you see guys rise in their senior season, pay attention. That usually means a great college career is ahead. James has been nothing sort of spectacular as he pushed his team into to the title game against Chattahoochee.

Don’t be surprised to see James play a big role in his career in New Orleans for coach Ron Hunter. James is primed for a smooth transition to the next level.

He’ll play against Chattahoochee and against two other clutch gene winners. Senior Cam Sheffield - a teammate of James with Game Elite - and super junior AJ White.

The Hooch duo has been ultra-clutch this post-season. White is tapping into some Trae Young-level fun while Sheffield continues to get better at a rate that should allow him to be part of the big picture plan at Rice sooner than later.

White has been outstanding this post-season. Whether he’s scoring with big jumpers or ice-in-his-veins calm at the free-throw line, the junior has delivered. Sheffield has diversified his game from being a perimeter producer to an all-around player. He’s been nothing short of terrific this year.

For Grayson we’ve seen Caleb Murphy shine in the moments where the Rams needed a moment. The future South Florida guard seems to get better in moments that are bigger. His first ability to put an opponent on the ropes is really something to behold. He knows when it’s time to throw the punch after jabbing for rounds before. That’s a skill. Will it come to play in the 7A state title game?

No surprise here but we’re going to put St. Francis senior Dwon Odom in this category. The future Xavier guard just knows how to flip a game’s momentum. Against Mt. Pisgah, he rose up and threw down a dunk that felt like it was time to put some space in between the score. To Mt. Pisgah’s credit, they didn’t let that happen. But the bucket and the following plays kept up with the narrative of Odom’s takeover ability. His projection has been well-documented here on this site. We expect nothing but great things ahead for him in college.

SOME THINGS ABOUT THE CHAMPIONSHIP GAMES

One of the things that stinks about the season ending is seeing a great career come to an end. It happens. Endings are part of the story of athletes. Ja'Quez Kirby is the greatest player in Jeff Davis history. He’s one of the best small-school players we’ve ever seen in Georgia. Few players dominated their world better than him. Kirby racked up 2,126 career points, 1,465 career rebounds, 427 blocks, 452 assists and 318 steals. Chew on those numbers. He's headed to Murray State with quite the record book in tow with him.

Over the course of the last two weeks, I found myself staring at my laptop screen with a blank stare and, to be quite frank, in utter confusion. Building our all-state teams for HoopSeen for the state of Georgia is never an easy task. After such a dynamic season as we’ve had, this is as challenging of a task that I can remember since we’ve done this back in 2013. The all-state teams will be released on HoopSeen.com this week after the state championship games.