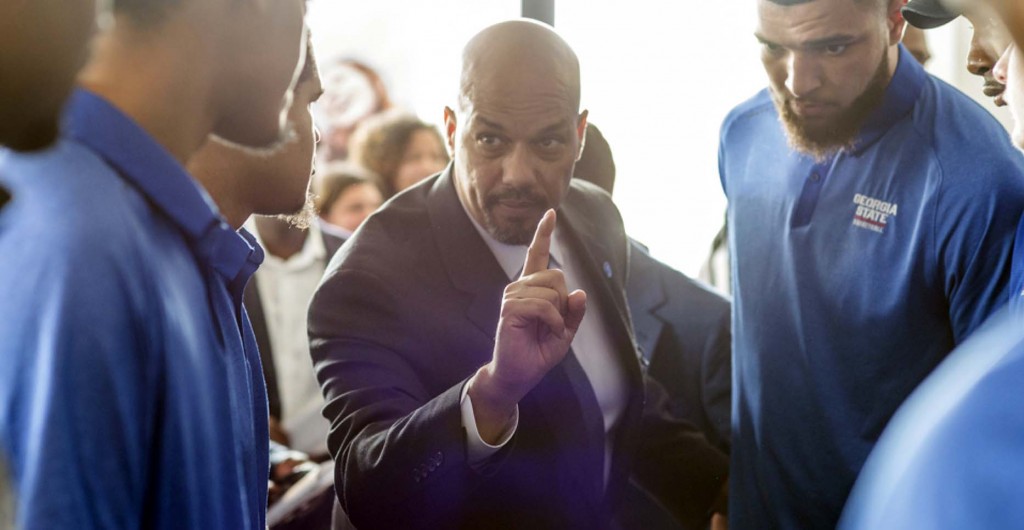 During the Ron Hunter era at Georgia State, the Panthers actively recruited the Peach State and would land at least one local high school player every season. However, it was no secret that the roster was largely built upon transfers.

For new Panthers head coach Rob Lanier, the need to recruit high school players will be a high priority. The team certainly has a number of players in mind.

If you are looking for Georgia State, you better believe they will have someone on hand at the adidas Gauntlet circuit stop in Dallas, Texas.

Jaqueze Kirby of the Upward Stars will likely be a priority. The 6-foot-6 do-everything forward from Jeff Davis (GA) High School has been a target for the school going back to the Hunter regime. The new staff picked up from day one. He’s the type of player who has shined in league play for the Panthers. His energy and versatility are his best strengths that will translate well to the next level.

Playing for the Atlanta Celtics, the play of guard Caleb Murphy in the 2019 calendar year justifies priority treatment from GSU. He’s a terrific scorer and playing with tons of confidence right now. His scoring punch should draw a number of programs. Don’t be surprised to see Rob Lanier on hand for several of the Atlanta Celtics games this weekend in the Lone Star State.

The state of Georgia will certainly be a priority for the new staff, as it should be, but the staff is rich with other geographical relationships. New associate head coach Cliff Warren was the head coach at Jacksonville for nine seasons. Don’t be surprised if Warren returns to the city he shined in as the Dolphins head coach.

Team Parsons CP25 forward Isaiah Adams will certainly draw a look this weekend at the Atlanta Jam. The 6-foot-7 forward was offered by Warren when he as an assistant coach at UMass. Adams is one of the more intriguing players in Florida’s 2020 class because of his incredible wingspan and capabilities on both sides of the floor.