An inside look into CP25 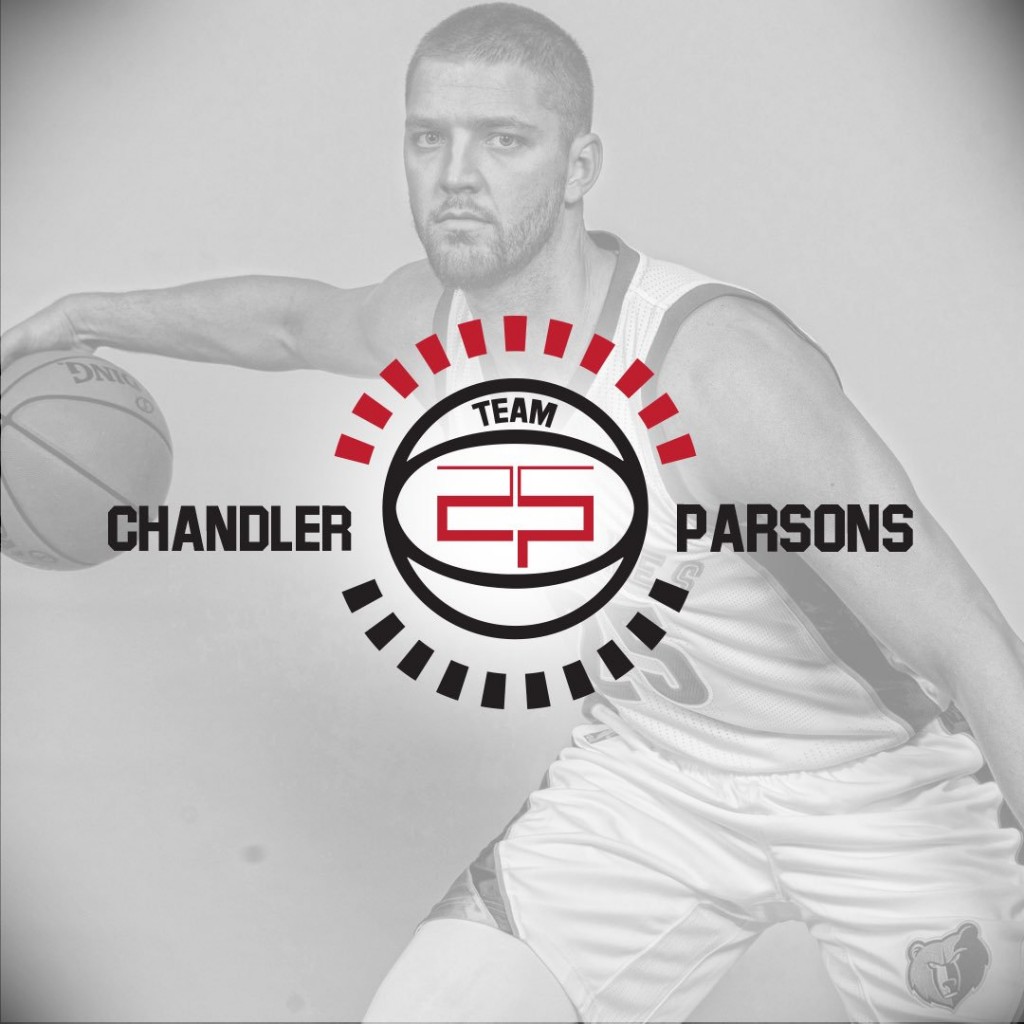 Last season was one to remember for Anthony Ricks and CP25 as their 9-4 record in the Adidas Gauntlet made them one of the top 16 programs in the field. Although it ended prematurely at the Adidas finale with a 51-47 loss to the eventual champs, the Compton Magic, all wasn't lost as the group moved nine of it's prospects to the division one level.

As most groups would look to rebuild after losing a prospect of Omar Payne's caliber, Ricks believes that he has a special group to build with. After evaluating his groups at last months media day, we had the chance to catch up after his team took the court for the first time.

"I thought it went very well. We had our 15s, 16s, and 17U groups there. All of the teams went 2-0. The 17U group had two good wins over some quality programs. I personally think our 2020 group has a chance to be the best we've ever had to come through the program. We put up 85 points and I couldn't tell you who our leading scorer was because they share the pie that well. I wasn't really surprised by any of it because I have high expectations for this group."

As Ricks shifts his focus to the 16U group, head coach Jemel Daniels takes over after missing last season due to his deployment with the Army. Daniels spoke highly of his group as they look to make a statement this season.

"This group is versatile unlike most groups. We have guys that are position-less and can do a multitude of things and can start the break. My expectations are to be able to compete with any program regardless of circuit affiliation. We will put everyone on notice soon and live by our motto, built to last."

We had a top team in the country in 2017 and 2019. Our 2019 group went 9-4 in the gauntlet last season. We lost to the Compton Magic by four at the finale of Adidas. This 2020 group is different because I don't know if we have ever had this much firepower, this much explosiveness. As Daniels gets his team ready to play at our Atlanta Jam during the Apri live period, he took the time to give his own thoughts regarding his 17U roster.

Isaiah Adams, 2020 6-6 W/F, Paxon School(FL): "6'7 and long as ever. I don't even know what position to call him at this point, he's just a hybrid forward. He's one that can defend the four, get a block or a rebound and initiate your offense. Long athletic and shoots it well. He was 6A state player of the year here in Florida. He led his team to the final four of the state finals. I believe that he finished fourth or fifth in Mr. Basketball. Currently, he has UMASS, FGCU, FAU, UCF. All of those are high-quality schools but I could see his recruitment blowing up this spring. He just does so much on the court."

Joe Bamisile, 2020 6-5 G, Monocan(VA): "6'5 with a 7'1 wingspan. He's athletic, shoots it, and scores it. He led Virginia in scoring this past year. He's as good as it gets to me at the guard spot in the country. I think when its all said and done he will be recognized as a top 30 player in the country."

Micheal Eads, 2020 6-5 G, Edgewater(FL): "Of all the players I've mentioned so far, I think that Eads is the state's biggest sleeper. I think that he's going to get some high major attention just because he shoots it so well and does so many different things on the court. He scores it in a variety of ways. I wouldn't be surprised if he's our leading scorer, even with all of the firepower we have. Everything comes naturally to him. FAU, USF, and FGCU have been recruiting him pretty hard. Virginia came down at the end of his high school season to see him. He will be one that the high majors pay attention to."

Eric Butler, 2020 6-3 G, OCP(FL): "Plays both guard spots for me but he's normally my point. Really good on-ball defender. Doesn't force many things and allows Joe and Kairo to be what they are while he makes the sound decisions. He does whatever is asked of him. Times last year he had 20+ point games and others where he had 8 assists. He doesn't force much and just takes what the game gives him. I thought Eric played very well during our first game at Source Hoops."

Kairo Oquendo, 2020 6-5 W/F, Titusville(FL): "Athletically I would be hard pressed to find anyone more athletic. We're talking about a player that can touch the top of the square. He went viral at our last event. That's kind of the norm for him at this point. Once he gets his feet set it's over. I think a lot of scouts are going to like from last year to this year is that he's shooting it better. He's really refined and took the time to work on his shot. He's always been an underrated passer. You see his body and his size and just think physical freak but he actually makes a lot of quality basketball plays."

Yussif Basa-Ama, 2020 6-9 F, St. Andrews(FL): "Yusef falls in the shoes of guys like Omar Payne that we had last year.  He falls in line with those post players that we have had. In the 2020 class here in Florida where we lack big men, I think he could be the best of the true post guys that we have in the state. What makes him valuable is the way he can move. If he gets switched on to a guard he's able to keep him in front of him. He's currently being recruited pretty hard by USF. He will take a visit soon to West Virginia. He's also been offered by FAU, FGCU and a few others."

Jordan Sears, 2020 5-10 PG, Mainland(FL): "He brings a lot of the toughness that's needed at the guard spot. He will be a guy that will pick up a guy full court. Averaged about 19 points for his high school that went 27-2 in one of the biggest classes. Similar to Josh Marte from last year that's going to Bethune Cookman. Sears probably had an inch or two on him but he shoots it and is as tough as him. He's definitely a division one player."

Van Wilkes, 2020 6-5 W/F, Winter Park(FL): "Younger brother of Wyatt Wilkes that was on our 2017 team. Wyatt is at FSU right now. They are similar in their ability to shoot and their IQ. Wyatt is 6'8 and Van is 6'5 so that's the biggest difference between the two. He has an offer from Stetson and he picked up quite a bit of interest while playing up this past summer. He's probably the best shooter on our team."

Jonathan Aybar, 2020 6-8 F, Centra Pointe: "He's another one that shoots it very well on top of his other skills. He gets his hands on a ton of balls in terms of rebounding and deflections. He had a really good high school season with Central Point Christian Academy. I've gotten quite a few calls about him from coaches that want to come out and see him. He got offered by FGCU this fall."

Wylie Howard, 2019 6'10 F, Boyd Anderson: "Long shot blocker that can affect any shot put up by the opposition. At his best on dump offs and back side lobs or when rim running. He also has the ability to turn and face up."

With a few games under their belt to evaluate his team, Daniels didn't shy away from the lofty expectations that were set before the season.

"I knew we would have one of the top 1 or 2 teams in the state. Our expectations are there. I think we are as good as anyone in the country. I'm looking forward to some of these national events where we get to see how we match up against other teams. I don't think we've ever had 4 guys that could go for 20 points on any given night. Last years team had 9 division one players but I don't think we had the explosiveness that we have this year. I think we can be one of the top teams in the country and wear the crown in our state"

Media day gave me an up-close view of CP25 and it was there that I witnessed a team that had no plans on using this year to rebuild. As we are now just a few days away from the start of the April live period, I expect for this group of prospects to be one of the most recruited independent teams in the country. 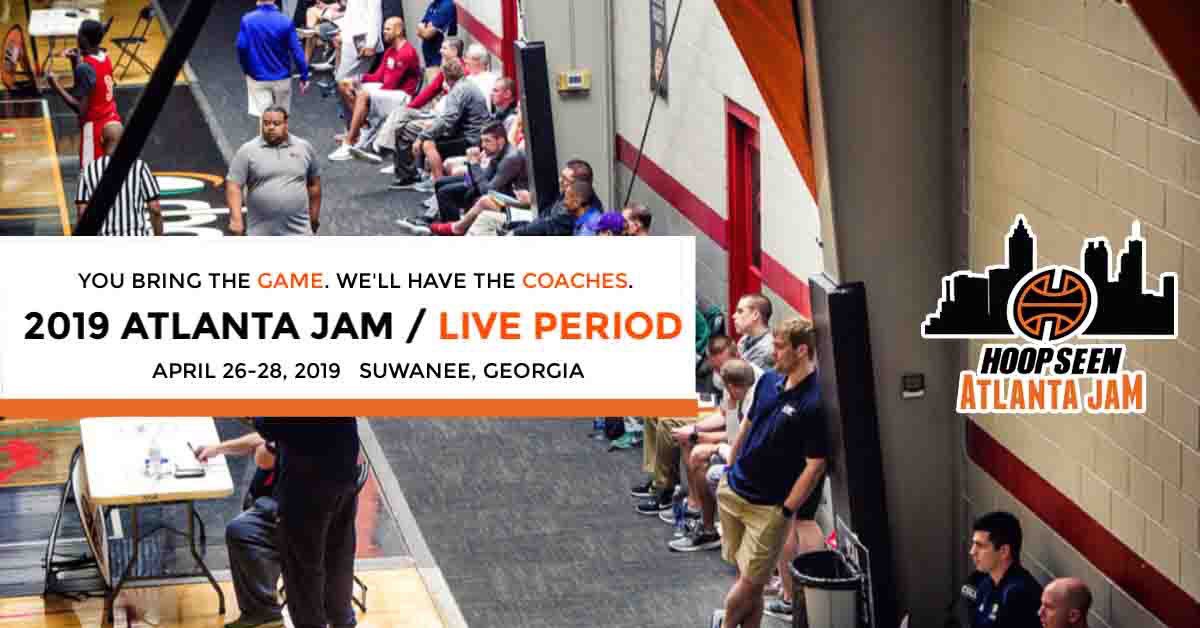