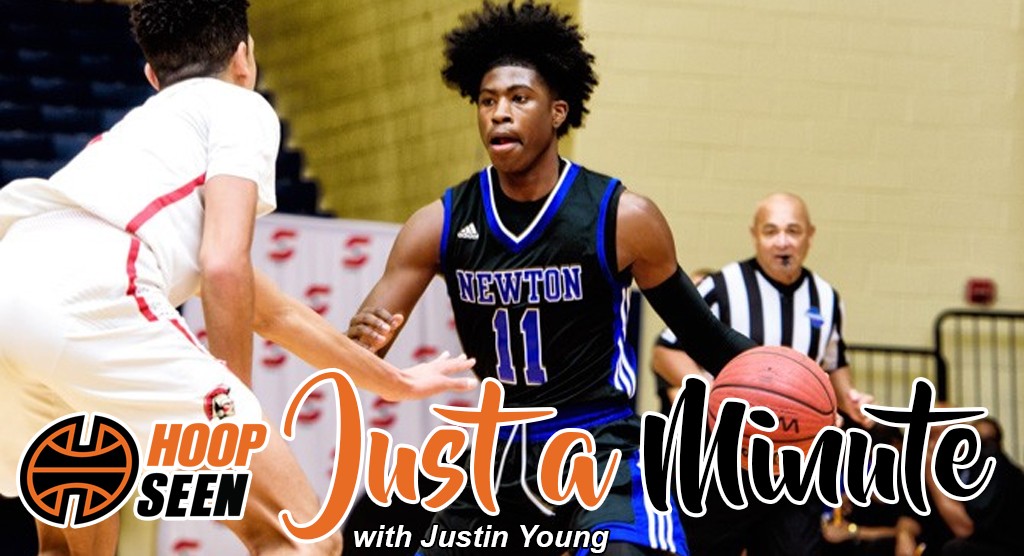 The Just a Minute column is back and we explore the quick rise of Tre Clark and his commitment to VCU, which 2019 guards are next in Georgia, a pair of DIII commitments worth noting and more.

Looking back on Tre Clark’s showing at the Tournament of Champions, it is easy to see why VCU moved fast on the guard from Newton (GA) High School. He was the most trending player at the post-Christmas event.

Why did the Rams move so quickly on a player who didn’t have even a long look from any Division I school?

Well, Clark was rising and a number of schools decided to follow suit of the first suitor - VCU.

Rams assistant coach Jamal Brunt came down from Virginia to see him and the rest of the field at the TOC. Clark shined in a tough loss to St. Francis and Xavier commit Dwon Odom.

Shortly thereafter, Mike Rhoades came down to see Clark practice. A visit to Richmond came next for Clark. Then, a week later the commitment came.

A fast and furious affair, no doubt. But the Rams saw something they liked and didn’t hold back.

He has been an all-tournament level player over the years with the Atlanta Lightning and Team EAT. He was known primarily as a point scorer in travel ball and a spot up three-point shooter for Newton.

Understand this - Clark has played along side three Division I guards from Newton over the years.

Ashton Hagans (Kentucky), Isaiah Miller (UNC Greensboro) and JD Notae (Jacksonville) all wore the blue and white at the Covington school. Clark played with all of them and learned a little something from each player. All three guys are really good college players, too.

Clark was always a role player around them. Now he’s really taking off because he’s the go-to guy. Clark is the point guard and primary scorer for the Rams this season. His playmaking ability has really come to a head. His passing is much better than I realized. His speed with the ball in his hands is top notch. His blow by dribble was really good. His euro step is a weapon. He runs the pick and roll very well. His shot is set and flat footed but he'd traditionally been good to very good from three.

Much Like Notae and Miller, Clark’s recruitment took off in the senior year of high school.

Will Clark be the next Newton guard to take his game to the next level in college? VCU thinks so and that’s why they locked him up so quickly.

With Clark off the board so quickly, there is another senior season riser at the point guard position worth charting here in the second half of the season.

Jalen Harper and Devin Gordon of Pebblebrook are players who we spotlighted after his play in December at the Tournament of Champions Showcase. Harper, the younger brother of Auburn star Jared Harper, and Gordon, a transfer from McEachern, have spearheaded Pebblebrook’s 13-6 season.

Pebblebrook travels to East Coweta in one of the best regular season for a game on Tuesday night. There’s a lot of talent on the floor for this one. Harper and Gordon, two of the best available seniors in the Peach State, will be asked to carry a heavy responsibility in this one.

The University of the South spent a good number of hours at our events in 2018 and targeted a number of players from the recruiting stage that we provided.

Their efforts have yielded a pair of talented guards who bring scoring and shooting to the Sewanee rotation. Sam Jennings (North Atlanta) and Jordan Krueger (Walton) both popped for the Tennessee school.

Glenn Hills is no stranger to success. The Augusta school is 16-3 on the season. The duo of Emmanuel Jones and John Whitehead make up for 40 points a game for the Spartans. The juniors will make a debut in our upcoming 2020 Georgia rankings.

Both players have size (standing over 6-foot-6), have bounce and are versatile. Don’t be surprised if you hear more about them in the second half of the high school season and into travel ball.