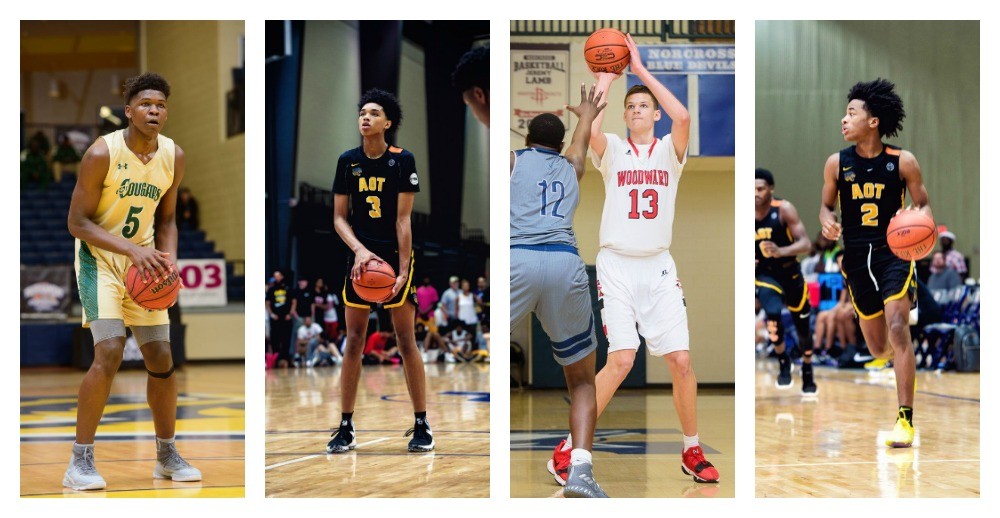 The high school season officially tips off this weekend in the state of Georgia and in traditional fashion, we are happy to release our first go-round of the class of 2020 rankings for the Peach State.

We officially debut the top 30 rankings for the juniors. The list will make several changes over the next two years. Some players will move up. Some will move out. Some will surprise. Some will just maintain. That’s all part of the journey.

We only rank players that we’ve seen and we look back through our HoopSeen search features and revisit our reports from the events that we have seen the players at.

Without further adieu, CHECK OUT THE RANKINGS.

The collection of players at the top of the rankings is as strong of a group that we’ve seen in the state of Georgia in nearly two decades.

Think about that for a second.

All four players are legitimate McDonald’s All-American candidates and all four are nationally recruited players.

We haven’t seen such a top-heavy group since 2004 when Dwight Howard, Josh Smith and Randolph Morris were coming out of the Peach State.

Our rankings from a Georgia perspective are as follows: 1. Edwards 2. Boston 3. Kessler and 4. Cooper.

That’s a heck of a quartet.

Who do you think is the top player in Georgia’s 2020 class?

GET TO KNOW THESE NAMES

JerMontae Hill of Tucker makes the biggest splash, checking in at No. 5 overall. The 6-foot-6 wing is starting to gain traction with recruiters and he falls into line with the historic run of long and athletic wings who have played at Tucker over the years. Expect a big year from him at the Dekalb County powerhouse.

Savannah’s Sol C Johnson is no stranger to the postseason here in Georgia. Why? Because the Atomsmashers tend to always have some serious star power. This year’s stud-in-waiting is Brandon Harris. The long 6-foot-6 wing is our No. 7 ranked player in the state.

Southwest Dekalb has a lot of buzz going into the high school season this year and understandably so. The program has a lot of length and talent on the roster. Eugene Brown, a 6-foot-5 shooting guard, is one of the reasons why the program is held in such high regard. He checks in at No. 9 overall in the state of Georgia for the class of 2020.

Discovery’s London Riley shined with AC Georgia at our events during the travel season and he owned the Fall Preview stage last month. He comes in at No. 23. East Coweta guard Chris Youngblood impressed at the Fall Preview camp, showing off his offensive game. He is No. 24 overall on the list. Norcross guard Caleb Murphy was terrific with the Atlanta Playmakers and should play an important role with nationally-ranked Norcross. Murphy is No. 25 on our rankings. Fitzgerald’s Tyrese Powers was one of the nice surprises of the 2018 Best of the South. The bouncy big man comes in at No. 26 overall in the rankings. Anthony Hardy, Jr. has claimed several All-Tournament selections on our Georgia Cup stage - five to be exact. The Lithia Springs guard comes in at No. 30 overall.