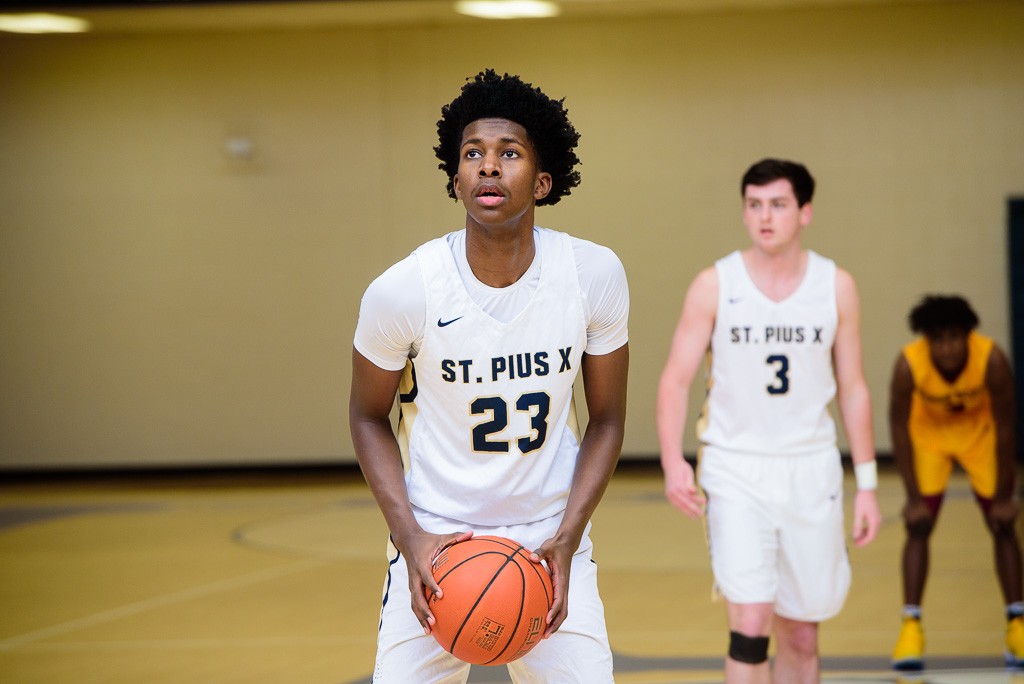 Put on your dancing shoes, kids. The postseason is officially here and we are excited to see how the state tournament brackets all shake out. There’s a favorite to win it all in AAAA. And there are 31 teams that hope to change that narrative. We preview.

• Can anyone stop the train known as Upson Lee? The defending state champs haven’t lost in two seasons.

• Will we have a repeat of last year’s state title game with Upson Lee facing St. Pius X?

• Outside of those two programs, there is great parity in this classification.

Carver Columbus (20-8) vs Mary Persons (23-4): Easily the best game of the first round here in AAAA. Two fo Mary Person’s losses have come at the hands of Upson Lee so don’t let that record fool you. The highest scoring offense in AAAA is no easy team to contain. Carver was battle-tested in a terrific Region 1 this season.

White (14-11) vs St. Pius (24-3): Two very good teams that execute with precision, look for this game to sit high on the basketball purist wish list.

LaGrange (18-10) vs Lafayette (23-2): LaGrange will make the three-hour drive north from middle Georgia to the northwest corner of the state.

Perry (15-10) vs Westover (21-6): Two of South Georgia’s best programs lock horns in the first round. Westover will have the edge with their homecourt advantage and experienced backcourt.

Leading scorer, according to MaxPreps, in the bracket: Cameron Holden, Mary Persons at 28.2 points a game.

Biggest Cinderella in the bracket (team with the worst record): Hephizbah is 6-16 going into the tournament.

Best Player in the bracket: Tye Fagan, Upson Lee. The future MIddle Tennessee State guard is a Mr. Georgia Basketball candidate and the best player from Middle Georgia in the post-season regardless of class. He’s the heart and soul of the most winningest team in the Peach State and hungry to earn a second state championship for his squad.

Junior to Watch: TJ Bickerstaff, Sandy Creek. The 6-foot-8 forward is an inside-outside match-up problem for teams. The Patriots can be a Final Four team this season and Bickerstaff will play a big role in that run to the biggest stage of the high school season.

Underclassman to Watch: Sophomore Walker Kessler, Woodward Academy. Georgia’s 2020 class is shaping up to be a really good one at the top. Kessler is right there with the best of the best and certainly the best big man in the class here in Georgia. He was his region’s Player of the Year and just continues to get better and better.

RELATED: Previewing Georgia's 7A state bracket's 1st round games | 6A Preview | 5A Preview

Alex Kelehear, Lafayette: The junior was the Region 6-AAAA Player of the Year and one of the best scorers in NW Georgia. He has helped turn LHS program around and has his team sitting at 23-2 on the season.

Joshua Lusane, Americus Sumter: The 6-foot-6 forward is a major player for the 24-3 A-S squad. He is putting up 15.2 points, 7.8 rebounds and 2.6 steals a game this season. Lusuane could be the next South Georgia forward of significance. We’ve seen a nice run of players from that area over the last five years.

CJ Abrams, Blessed Trinity: A talented baseball player, Abrams has Blessed Trinity aiming for a deep postseason run on the hardwood. The shooting guard is the anchor for the Roswell private school. He was named Region 7-AAAA Player of the Year.