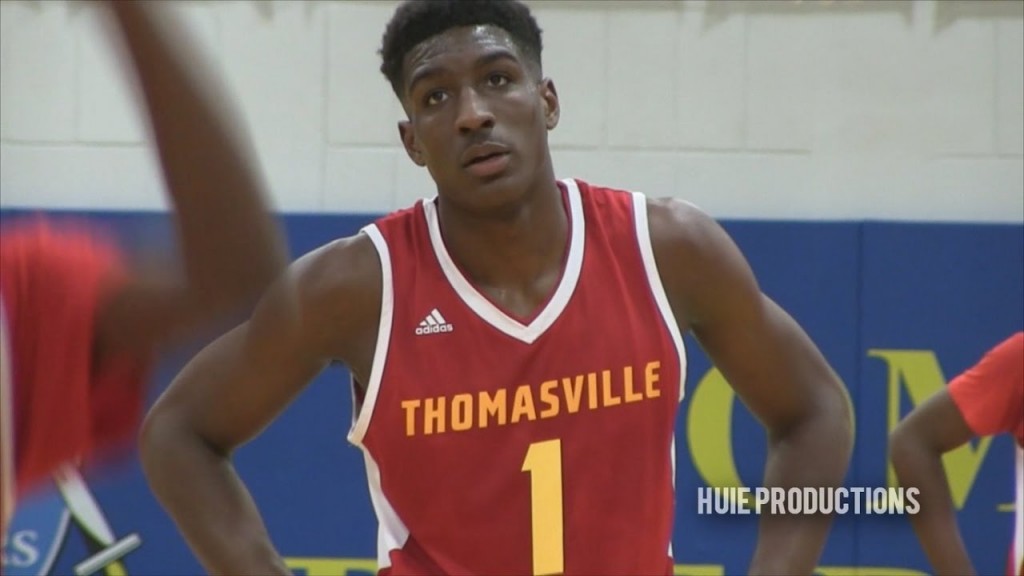 Put on your dancing shoes, kids. The postseason is officially here and we are excited to see how the state tournament brackets all shake out. What to make of the AA bracket? Yay, we think it’s kinda crazy, too.

• Because of the way the bracket played out based on regional tournament results, the bracket is somewhat unbalanced. The could be a real underdog that makes the Final Four.

• And because of that, we could have some terrific second and third round games in AA.

Leading scorer, according to MaxPreps, in the bracket: Putnam County D’Mario Reid 21.2 per game.

Biggest Cinderella in the bracket (team with the worst record): Brooks County was 4-24 as the 4 seed in Region 4. They will face off against Jeff Davis in the first round.

Best Player in the bracket: Reggie Perry, Thomasville. The McDonald’s All-American. Mississippi State got a future pro with the commitment of this Burger All-American forward. His capabilities jump out at you especially when you partner it with his high major size.

Juniors to Watch: Darius Dunn and Ty'ree Gilbert, NE Macon. The terrific tandem has combined for 821 points combined between them this season. They’ve been pumping in the points since they were freshmen but this is the first year they’ll do it in the state tournament.

Underclassman to Watch: Ja’Queze Kirby, Jeff Davis, Sophomore. One of the hardest working players in the state, Kirby motor can make you uncomfortable if you’re timid and weak. The sophomore forward is a get stuff done type of player that's willing to go the extra mile for a rebound, loose ball, etc. Multiple double-doubles this season as a sophomore shows that his production is consistent.

RELATED: Previewing Georgia's 7A state bracket's 1st round games | 6A Preview | 5A Preview | 4A Preview | 3 Preview

Deandre Brown, Therrell: 17.6 points, 4.9 rebounds, 3.5 assists. Impressive numbers for the sophomore guard thats not afraid of making big plays in big moments for his team. One of the guards that doesn’t second guess himself when figuring out what his next move should be. The offense runs through him and now that it’s tournament play, It’ll be interesting to see how he continues to lead his young unit.

Christopher Dumas, KIPP Academy: The 6-foot junior is a nice scorer for the Atlanta charter school and one of the better point producers from the 2019 class in this bracket.

Chris Jennings, Berrien: The 5-foot-8 sophomore is a three-point assasin that hit 78 triples this season. He's averaging 18.6 points a contest this season.