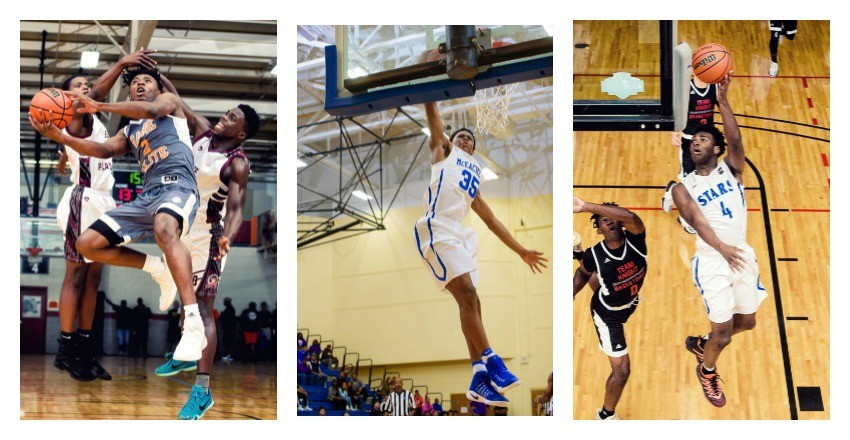 The story for Georgia’s class of 2019 is this - it is loaded. There are four players inside national top 50 rankings and the depth at the wing position is terrific. With the July recruiting period now behind us, we update our junior rankings for players in the Peach State.

Ashton Hagans, Newton: The top 20 national prospect decided to return to his Covington school instead of going to Oak Hill Academy. Could that make the Rams a Final Four contender…again? Yes, probably. Hagans is the best on-the-ball defender I’ve covered in two decades here in the Peach. That’s strong praise, sure, but earned.

Marcus Watson, Buford: The big, bruising wing had a heck of a summer with the Georgia Stars 16 and under team. The 6-6 prospect has all kinds of high-major interest already and is primed for another monster all-state level season for the Wolves.

Elias King, Shiloh: After a year away at Huntington Prep, the 6-6 multi-positional wing is back in the Peach State for his junior year at Shiloh HS. Just like the guys ahead of him on this list, King is a perfect sized prospect for his position and versatile enough to log minutes at multiple spots. He’s one of the most intriguing guys in the class nationally.

Kyle Sturdivant, Norcross: A staple on any Georgia 2019 list, Sturdivant has consistently been at the top of this class for as long as we can remember. This summer, he was brilliant at the Best of the South as the point guard for the loaded Nike Team Florida squad. A big season and expectations await this year at Norcross.

As the class gets settled into their junior season, we wanted to take a look at some of the players who made the big jump.

Daniel Ramsey of Albany is coming off a great July with the Georgia Stars. He checks in at No. 11. The 6-foot-8 forward has estbalished himself as one of the top big men in the class.

Coming in at No. 14 overall is Malachi Rhodes, who has been on the steady uptick since we saw him at the spring Elite Preview at Kell High School. The 6-foot-7 forward was very productive for Game Elite on the travel circuit.

Making a big jump to No. 15 overall is Brendan Tucker. The Acher to Dacula transfer has as good of a first step of any player in the class. He should be a major scorer for the Gwinnett County school.

Leslie Nkereuwem was brilliant for AC Georgia 16U this summer. The 6-foot-7 forward just got better every time out. That’s why the Discovery HS junior makes his rankings debut at No. 17 overall. He’s climbing.

Right behind him is Miller Grove CG Maurice Harvey. The athletic scorer for the Dekalb County powerhouse was terrific in June at team camps and had success at the 17U level with the Atlanta Celtics. He checks in at No. 18.

Augusta area PG Kalen Williams is as tough as they come in the class. He was one of the best scorers on the circuit this season, playing up with the 17U Georgia Bulls. Williams can get a bucket with the best of the them. He’s No. 20 on our list.